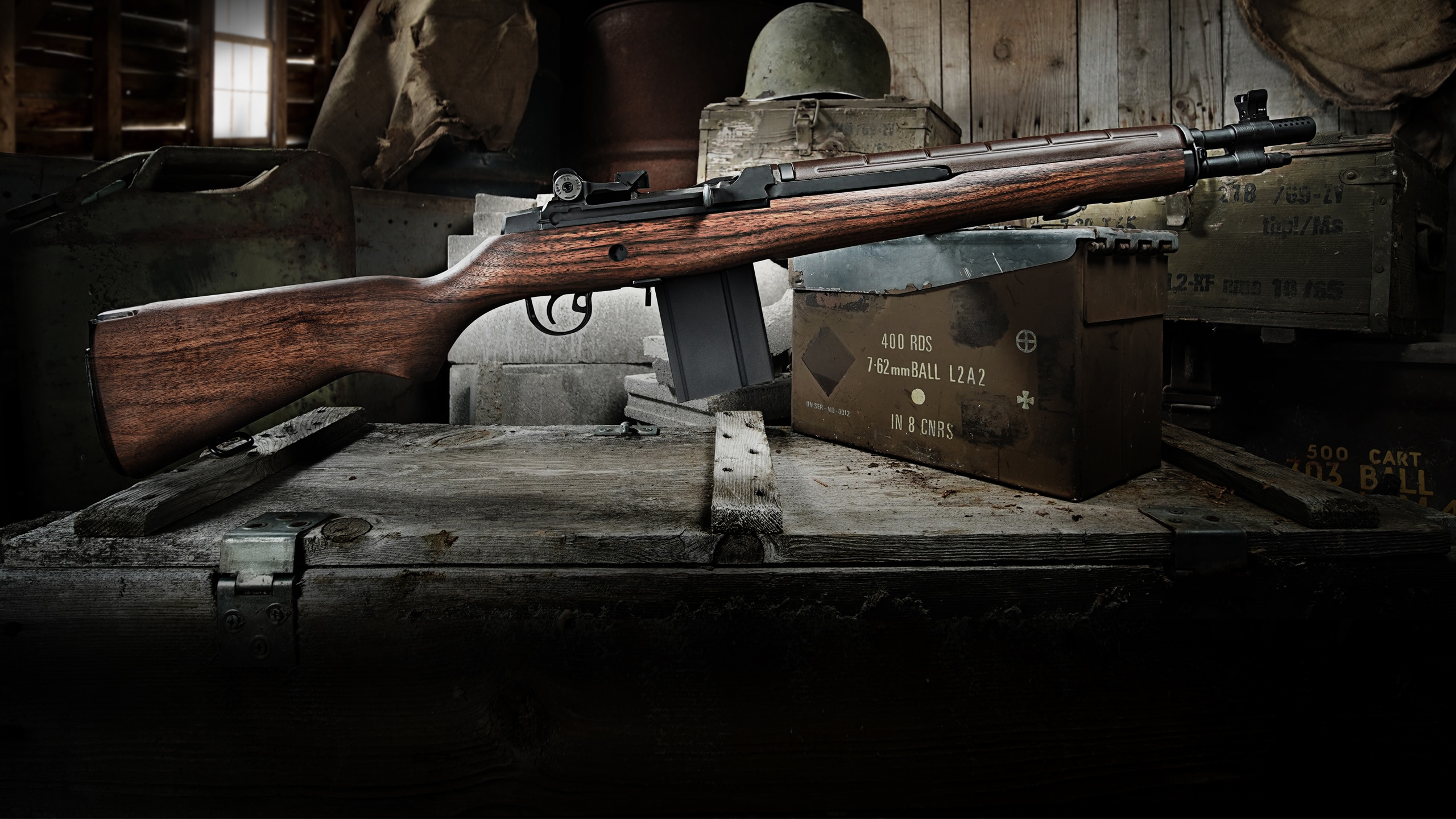 By Will Dabbs, MD

The Springfield Armory M1A Tanker represents the synergistic combination of a compact, full-power rifle with a timelessly attractive aesthetic. Pushing a full-sized 7.62x51mm/.308 Win. round in a chassis that lends itself to maneuverability and easy portage, the M1A Tanker also captures some of that classic inimitable Parkerized steel and stained walnut of a bygone era.

For the American shooter looking for practical utility with a spritz of class, the M1A Tanker is your iron.

Why Do We Do This, Anyway?

The modern American enthusiasm for firearms usually distills down to three different discrete attributes — practicality, appeal and nostalgia. Most of us select our working guns based upon their effectiveness as defensive tools. First and foremost, if I might conceivably use this thing to defend my family, it has to run perfectly and shoot straight.

Additionally, guns are cool, but they also need to be fun. If the shooting experience isn’t enjoyable, that’s a disincentive to train. The fanciest, most expensive defensive firearm in the world is little more than ballast if you haven’t practiced with it enough to run it well. A working gun needs to seduce you into range time.

Lastly, we Americans enjoy a heritage of shooting that is unparalleled anywhere on the planet. Revisionist rantings of the less durable members of our society notwithstanding, guns are an integral part of our cultural DNA. Personal ownership and lawful use of firearms have been foundational parts of the American experience since the very beginning.

In my humble opinion, the Springfield Armory M1A Tanker checks all three of these blocks admirably.

Here are the Springfield M1A specs:

The M1A Tanker packs the unrivaled reliability and downrange horsepower of the classic government-issue M14 into a semi-auto-only package that is a full 7″ shorter and 10 oz. lighter than the standard G.I. rifle. The Tanker is faster in enclosed spaces while retaining much of the downrange performance of the larger, heavier, longer firearm. This format has been proven in the high-tech Springfield Armory M1A SOCOM 16 CQB rifle.

I have maintained a nicely accessorized M1A SOCOM 16 CQB rifle next to the door in my own home for years now. The M1A Tanker is essentially the same rifle without so much Information Age polymer bling.

The operating system of the M1A Tanker is the same combat-proven, gas-operated design that defined the M14 rifle. The operating rod drives the rotating bolt that locks the action in place at the moment of firing by means of a cam. The weapon feeds semi-automatically from a detachable steel box magazine.

The M1A Tanker features a tuned two-stage National Match trigger that sports a crisp 5-lb. break. The front sight includes a radioactive tritium insert, while the rear is a ghost ring for rapid engagements. The stubby muzzle brake helps tame the chaos up front. The gun comes with a single ten-round magazine, but accepts any G.I.-standard 20-round boxes or increased-capacity drums.

Springfield Armory also offers a range of tactical accessories to make your great gun even greater. Two different scope mounting solutions thread in place without any gunsmithing and let you mount up any sort of tactical optic. Slings, bipods and cleaning gear expand the utility of the M1A Tanker as well.

The M1A Tanker is hefty enough to manage the recoil from those big .308 cartridges, but still sufficiently svelte as to facilitate easy portage. The M1A Tanker runs quickly and well at bad breath ranges but also readily accepts a proper telescopic sight should you wish to stretch its legs a bit. In the hands of a skilled marksman with some proper glass, the M1A Tanker becomes a 500-meter rifle.

The traditional M1A rifle that inspires the M1A Tanker is an integral part of the American shooting experience. Long-range competitors compete with this gun all the time, and it is a fixture at American firing ranges from sea to shining sea. Show up at your local shooting facility with an M1A Tanker in tow, and you’ll likely make a few new like-minded friends.

Whether your mission is to draw smiley faces at fifty meters, shred a silhouette across the room or ring steel at half a kilometer, the M1A Tanker will do all those things and look good in the process. The limiting factor is your willingness to invest the resources and time to accomplish these goals. As with much of life, getting there really is half the fun.

History of the Tanker

There’s just something viscerally appealing about stained walnut and Parkerized steel. The M1A Tanker draws its inspiration and its name from the elusive “Tanker” M1 Garand. After a little homework, it turns out the Tanker Garand was never actually a real thing — at least not for tankers.

In 1944, with the world in flames, Springfield Armory engineers were tasked to develop a shortened version of the M1 Garand as part of a broader effort to adapt and improve various infantry weapons for the anticipated invasion of the Japanese home islands. The original Garand was everything the legends made it out to be, but it was nearly four feet long and weighed as much as a modest microwave. American G.I.’s might need something handier.

That initial effort was classified as the M1E5, and it was fairly disappointing. The M1E5 incorporated an uncomfortable folding steel pantograph stock and produced a simply breathtaking muzzle flash from its 18” barrel when fired after dark. Testing at Aberdeen Proving Ground demonstrated that accuracy out to 300 yards was not appreciably diminished over that of the full-sized rifle. However, the complicated folding stock did not hold up terribly well, and the noise and muzzle flash were brutal to the operators.

Meanwhile, the Pacific Warfare Board (PWB) tasked the Ordnance Division of the 6th Army in the Philippines to create some 15,000 shortened M1 rifles for use in confined jungle and urban environments. The result was 150 field-modified samples. The PWB conversions also featured 18″ barrels along with standard wooden buttstocks.

In October of 1944, an ad hoc testing unit consisting of three platoon leaders assigned to the 503d Parachute Infantry Regiment Combat Team carried three of these stubby prototype rifles into combat on Noemfoor Island in New Guinea. As expected, the compact geometry was appreciated, but the massive muzzle flash that resulted when the rifles were fired at night was notable. The ending of the war in 1945 ensured that the project faded into obscurity. And a great irony of what we know as the “Tanker Garand” is that it was created for paratroopers.

A couple of these modified weapons did make it back to the Massachusetts Springfield Armory and inspired the similar but different T26. The T26 was the result of the armory receiving a request from the PWB to produce 15,000 shorty M1s for the anticipated invasion of Japan. The T26 also had its barrel shortened from 24″ to 18″. Unlike the M1E5, the T26 used a standard wood Garand stock. As noted earlier, the ending of the war scuttled the long-term viability of this project.

In the unique civilian firearms milieu that followed World War II, the country was awash in freshly minted combat veterans and surplus weapons without a whole lot of extraneous gun laws. As a result, enterprising gun sellers chopped back G.I.-surplus M1 rifles to produce the infamous “Tanker” Garand. The novelty of the thing made them brisk sellers. The practical motivations were quite sound.

And, whatever the historical background of the concept, the benefits of a short, handy and powerful .30-cal. semi-automatic rifle are hard to ignore. This leads us to the M1A Tanker we are reviewing here now.

The following loads were shot through the M1A Tanker for this review. Here is what was measured:

The group size is the best four of five shots measured from center to center. These rounds were shot from a simple rest with the stock ghost ring sights at a distance of 50 meters.

The M1A Tanker brings along unrivaled real-world practicality. This compact rifle would reliably put venison on the table for both sport and survival. It is easy to tote and sufficiently powerful as to give a polar bear pause. Whether it is strapped to the handlebars of your ATV or slung across your shoulder while you’re trekking in the wilderness, the M1A Tanker is the sort of insurance that really is always there for you, come what may.

Shooting is fun and shooting such a rarefied rifle all the more so. Putting a couple of boxes of .308 brass on the ground on a pretty Saturday afternoon at the range will reliably dissolve the stresses of the previous week. Save that brass and you can acquaint yourself with the many-splendored joys of handloading. The stubby barrel does produce some prodigious muzzle blast, but the rifle doesn’t beat you to death despite its full-power chambering.

Lastly, if the unthinkable happened and you had to grab a gun for real, the M1A Tanker checks all the boxes. This stubby rifle is short enough to serve as a truck gun yet sufficiently comfortable and accurate to reliably reach out at any reasonable defensive engagement distance. Additionally, nobody who brought a semi-automatic magazine-fed .308 rifle to a fight has even once been accused of packing too little gun.

The M1A Tanker is not for everyone. Some folks could never make practical use of the Tanker’s range and power. Springfield Armory has an entire stable of 5.56mm rifles just standing by should that be the case. Others are just not cool enough to rock a rifle this awesome. To those of my brethren take heart, keep working at it and someday you could yet become this cool.

The Springfield Armory M1A Tanker comfortably addresses the gun nerd’s triad of practicality, appeal and nostalgia. No matter the application, the Tanker performs reliably and well. It is a classic rifle nicely upgraded for the Information Age that is as attractive as it is effective. The M1A Tanker runs well and looks great.