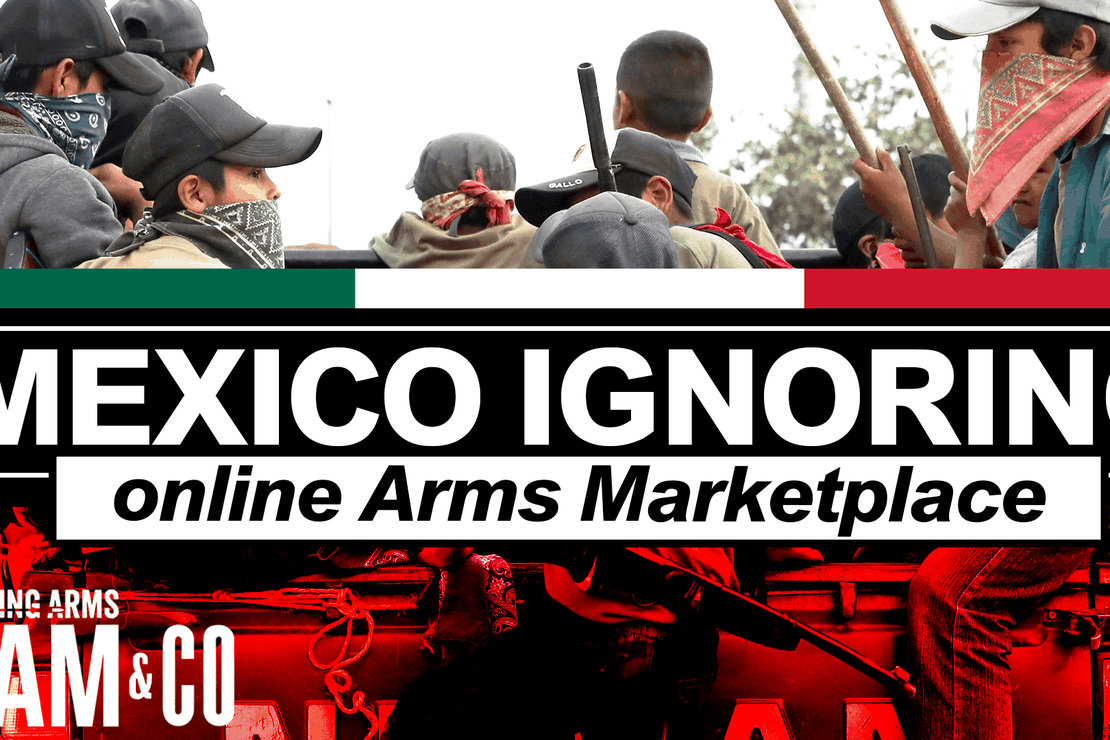 For decades now the Mexican government has pointed the finger for drug cartel violence at U.S. gun makers, and the current administration even launched a $10-billion lawsuit against many (but not all) major firearms manufacturers earlier this year. While Mexican politicians may find it convenient to point blame U.S. gun laws for their failures to keep the drug cartels in check, the simple fact is that the Mexican black market for firearms and light weapons includes plenty of items that you won’t find in stock at your local gun shop.

Arms traffickers in Mexico continue to sell their wares on social media networks that offer them visibility and anonymity and in complete defiance of measures taken to stop them.

The user, registered as “Escualo,” offers firearms, grenades and sophisticated accessories, such as silencers and scopes, in Mexico City. The advertised prices for the weapons were three times higher than those at gun stores in the United States, according to Gómez Leyva.

I don’t know about you, but I can’t remember ever seeing grenades offered for sale at a U.S. gun store. They’re apparently easy enough to find online, however, at least if you live south of the border and have access to social media networks like WhatsApp and Facebook.

The use of social media platforms to sell weapons is proving stubbornly difficult to resolve, despite measures taken to stop it by governments and companies alike.

In 2016, Facebook and Instagram banned the sale of weapons on their platforms worldwide after being pressured to do by then-US President Barack Obama. But very quickly, this ban seemed to be relatively toothless since dedicated groups continued to thrive.

In 2020, Mexico’s Defence Ministry announced its own crackdown on Internet sales of weapons.

But both groups and individual sales listings for firearms continue to be commonplace on Facebook. In a search on the social media platform, InSight Crime rapidly found several groups. One of these, Venta De Armas De Fuego México, was created in August 2021, had around 1,500 members and was selling Beretta and Ruger pistols with dozens of comments by interested buyers.

So why hasn’t Mexico’s president launched a lawsuit against Mark Zuckerberg and Facebook for fueling cartel violence? Zuckerberg’s got much deeper pockets than the gun industry, and if the platform isn’t doing enough to crack down on illegal gun (and grenade) sales, shouldn’t the Mexican government be just as interested in “accountability” for U.S. social media giants as it supposedly is for U.S. gunmakers?

The folks at InSight Crime believe that until the United States imposes more restrictions on the right to keep and bear arms, nothing is going to change in Mexico. I’d argue the opposite is true. Mexico’s gun laws are the ones that need fixing, not the laws in the U.S.

Clearly gun laws like restricting legal gun purchases to a single gun store in Mexico City or prohibiting gun owners from owning any rifle larger than a .22 or a handgun larger than a .38 have proven to be completely and utterly worthless at stopping cartel violence. It’s hard to argue they’re doing much at all to even prevent civilians from illegally obtaining a gun simply for self-defense, given the fact that anybody in Mexico with enough pesos and a Facebook account can find pistols, rifles, and even hand grenades after searching social media for a few minutes.

The U.S. firearms industry could be shut down tomorrow and the Mexican drug cartels wouldn’t blink an eye. From Central American stockpiles to illicit arms smuggled in from places like China (already the source of precursor chemicals used by the cartels to manufacture heroin and fentanyl), there are plenty of arms on the black market available to any cartel that wants them. If the current administration in Mexico is serious about combatting the cartels (and I don’t think it is), it needs to take the fight directly to those illegal actors rather than aiding in the gun control lobby’s quest to litigate American gun makers out of existence.