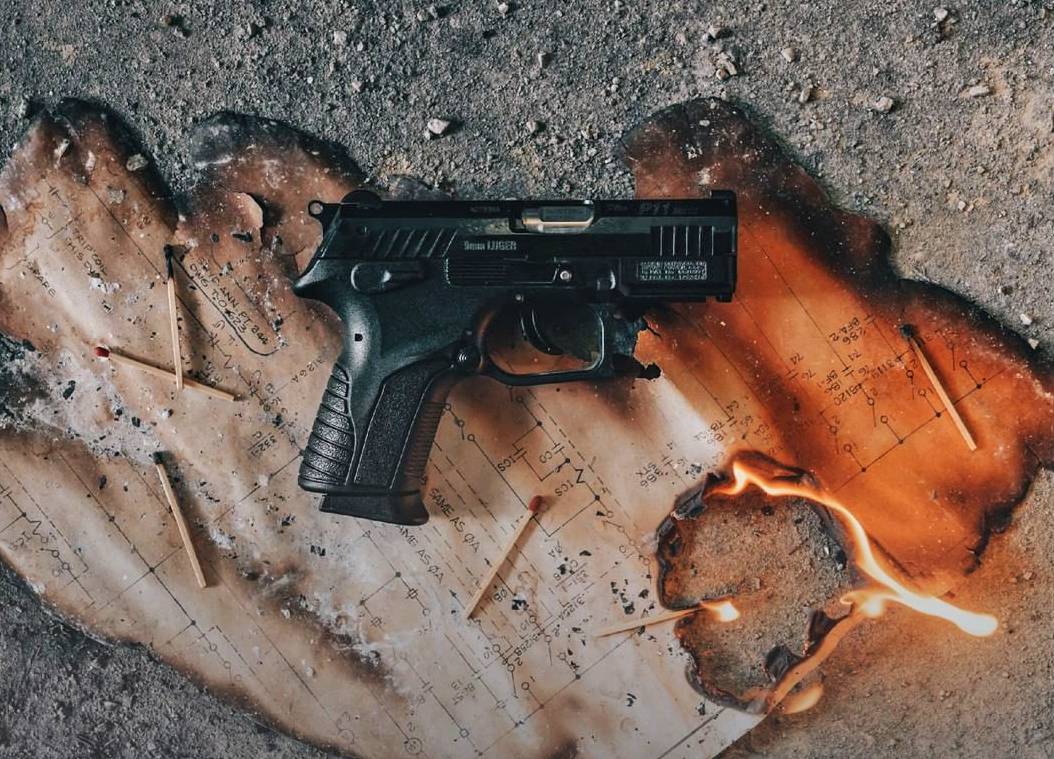 The NYSRPA v Corlett is a case every pro-Second Amendment person should be watching, no matter where they live. Those of us in free (or at least free-er) states have long sympathized with our brothers and sisters who live behind the Blue Curtain where the Second Amendment is treated, according to Justice Clarence Thomas, as a “second class right.” With “shall issue” being the norm in God’s Country, and Constitutional Carry making strong inroads, it has become almost impossible for “regular folks” (i.e. the everyman, regardless of gender) in places like New York, New Jersey, Connecticut, Massachusetts, California, etc. to obtain a carry permit.

Read an overview below or just skip straight to the video. 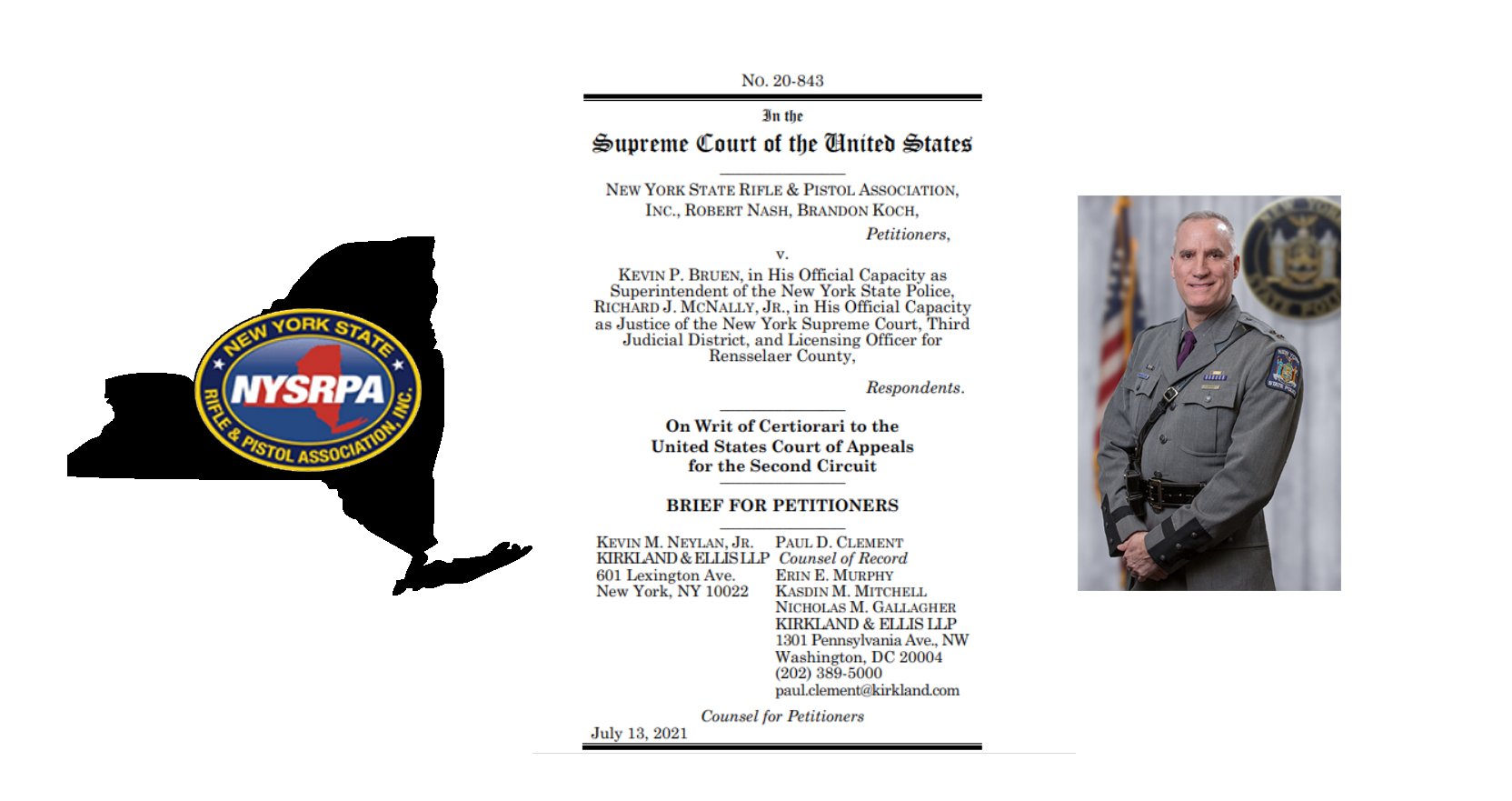 Will the US Supreme Court Take Issue With “May Issue” States?

Up top: the featured image from this article is a P11 subcompact pistol from Grand Power; photo credit Global Ordnance.

The problem is that, in those states, or even localities, the law states that the applicant must show good cause for needing a permit. The “may issue” part means that they can be turned down for any reason or no reason. In such places, the desire for self-defense is not an accepted (which is different from acceptable) reason. That is, unless you have a lot of money, have the right connections, or both.

Most folks don’t fit that profile, so most folks get rejected.

The New York State Rifle and Pistol Association (NYSRPA) is trying to change that, and it looks like they have a good chance to succeed. Their case (NYSRPA v Corlett) has been accepted by the US Supreme Court. The case was filed against the Superintendent of the New York State Police, Keith M. Corlett since it is his agency that has the power to approve or deny permit requests in that state and they do a lot more denying than approving. Corlett was the 16th Superintendent of the NYSP and is now retired.

The defendant has now been changed to Kevin P. Bruen, the current NY State Police superintendent, but I kept the terminology the same because most outlets still have it as “Corlett.”

The case was recently heard by the Second US Circuit Court of Appeals, which ruled in favor of the state. The Second Circuit employed what is known as “intermediate scrutiny” of the Second Amendment aspect of the case, while balancing that against the perceived “public interest” of the State of New York, which the state claims is “public safety.” 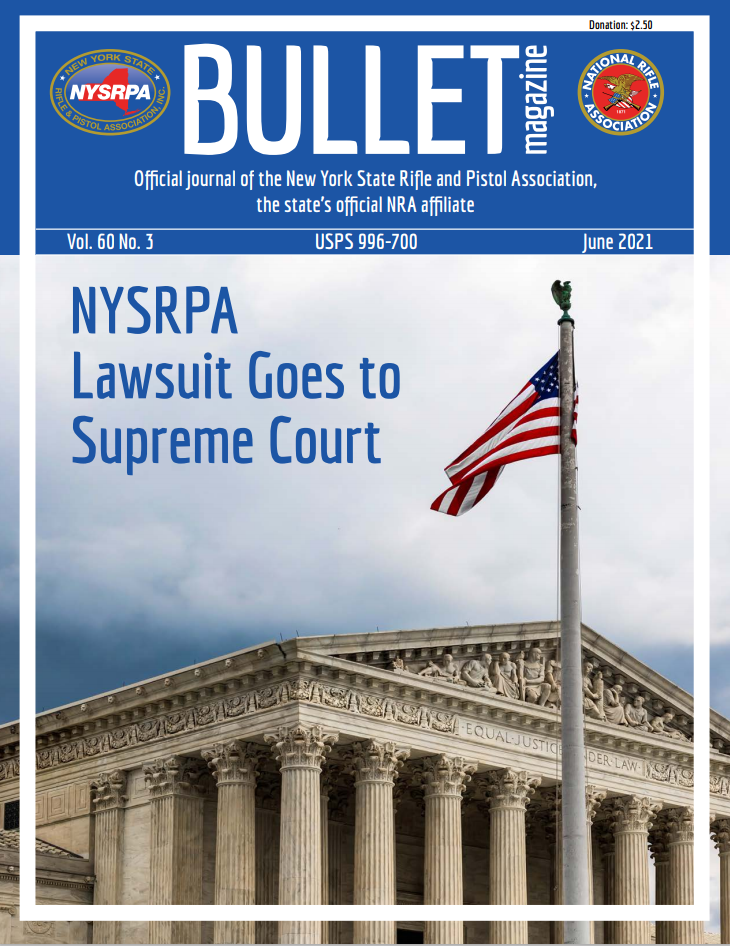 A Second and Fourteenth Amendment Case

The NYSRPA has successfully appealed on the grounds that the law, which was enacted over a century ago to prevent “undesirables” (primarily newly arrived European immigrants) from obtaining firearms. That makes it not only a Second Amendment case but likely also one that involves the Fourteenth Amendment. The NYSRPA is arguing that the law reduces what is clearly a “broad spectrum” right in the Constitution to a privilege attainable by only a very few.

OK, good on the NYSRPA for standing up, but what are the implications?

Well, if the Supreme Court sides with the good guys, it could, and likely would, yank the rug out from under all such laws across the country. Not only that but such a decision could very well direct that all Second Amendment cases be conducted under what is called “strict scrutiny,” meaning that the tendency of lower courts to balance the law with perceived “public interest,” on the part of lawmakers would no longer be valid. If that happens, there won’t be any more basis for “the Second Amendment says this…but…” responses.

Such a verdict could spill over into the realm of restricting certain firearms or magazines. I’ve even seen some speculation that it could provide grounds to challenge at least parts of the Gun Control Acts of 1968 and 1986. It could literally dump the whole can of worms out on the ground.

Nothing is certain with the Supreme Court. But this is the best chance we’ve had since the Heller case to make serious inroads against protectionist politicians.

If you want a more in-depth version of things, check out the video linked below.

You might also consider sending the NYSRPA a little love. They are fighting the good fight.

Read more about this case on the SCOTUS Blog.

From when the NYSRPA let its members know the good news: 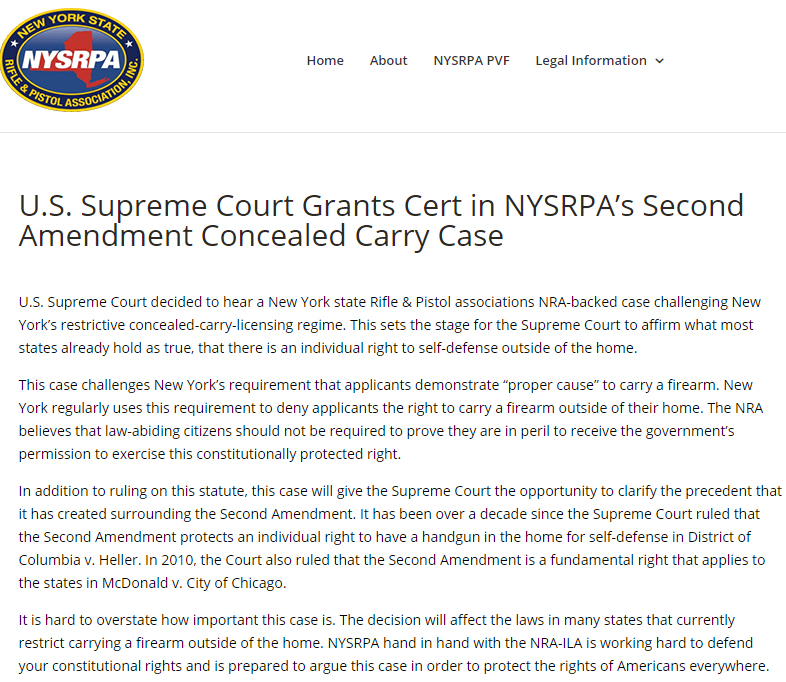 The following are (as of this writing) the most recent actions taken in the NYSRPA v Corlett Case: 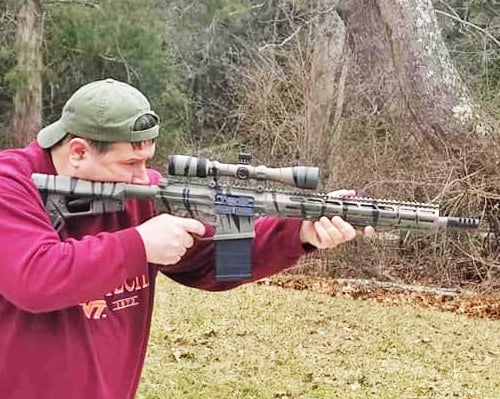 William “Bucky” Lawson is a self-described “typical Appalachian-American gun enthusiast”. He is a military historian specializing in World War II and has written a few things, as he says, “here and there”. A featured contributor for Strategy & Tactics, he likes dogs, range time, and a good cigar – preferably with an Old Fashioned that has an extra orange slice.