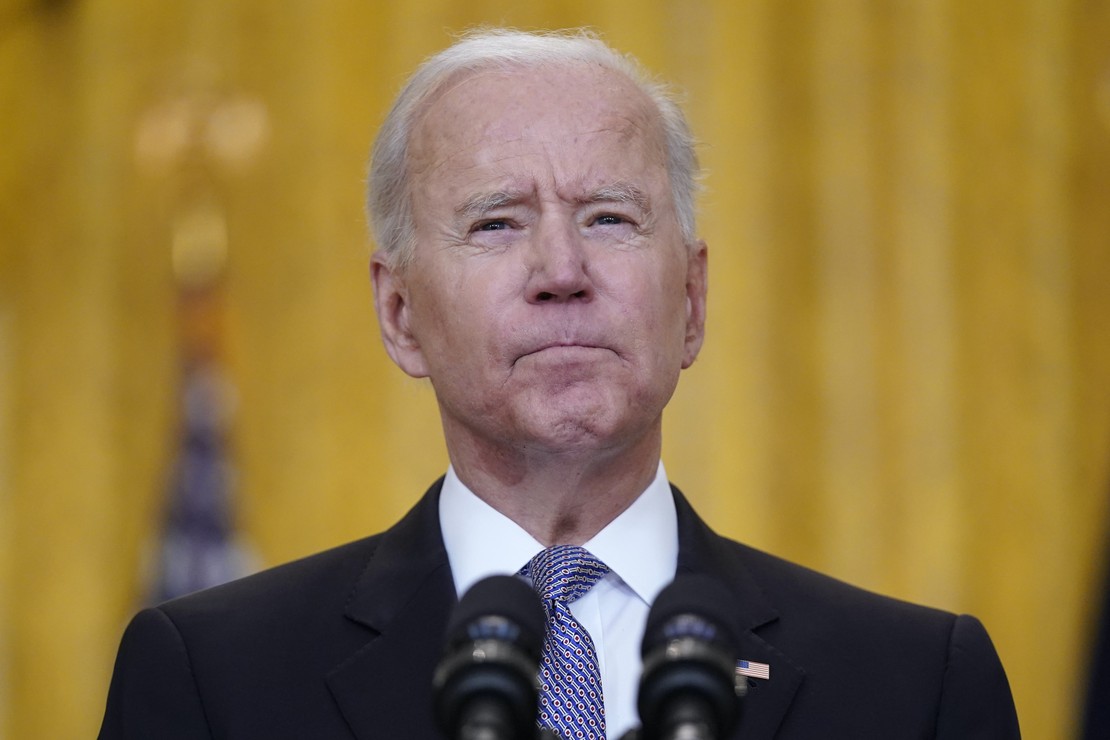 Imagine that you’re Joe Biden for a moment. OK, now wipe the drool off your mouth and pretend you’re a Joe Biden who knows what’s happening. You want gun control to be a thing. Your party has control of both chambers of Congress and the media is firmly backing you with everything they have. Considering public support for gun control has been pretty high for a while, you should be sitting pretty, right?

Not so much, as it turns out.

Democrats, you see, have been very vocal about how the will of the people is everything, regardless of whose rights get trampled in the process. If public opinion for gun control drops and you push it anyway, then you not just face re-election problems, but you prove you’re a colossal hypocrite.

Which means Biden has a problem.

A pair of polls that dropped last week show only about a third of the public approve of Biden’s handling of guns. Quinnipiac University found 34 percent of respondents approved of Biden’s gun policies while 49 percent disapproved. The Economist and YouGov found 34 percent approved while 47 percent disapproved. Further, the Economist and YouGov poll indicates a plurality of Americans strongly disapprove of Biden’s performance. Those strongly approving of Biden’s gun policies were the smallest group in the survey.

Biden’s approval on guns was about 14 points lower in these two polls than it was when the Associated Press and the University of Chicago asked the question at the beginning of May.

Biden’s proposed gun legislation includes a universal background check proposal as well as a ban and registration scheme for AR-15s. But he’s been stymied by a lack of support in Congress, especially from more moderate fellow Democrats. Biden has decided to take unilateral action redefining what constitutes a firearm to ban so-called ghost guns and place further restrictions on guns with pistol braces. He nominated Chipman, a former ATF agent and gun-control group adviser, to help advance his plans to use the executive agency to implement new gun measures.

Americans have reacted to these efforts negatively. Biden got his second-lowest marks on guns in the Quinnipiac poll, and respondents to the Economist poll gave him lower marks on guns than any other issue. In the Quinnipiac poll and the Economist poll, respectively, Biden’s approval on guns was 15 and 17 points lower than his overall approval rating.

The only two groups that actually support Biden’s efforts are Democrats and Black Americans, and there’s going to be some pretty significant overlap there.

So, what does this mean?

Well, the easy answer is that it means people don’t like what Biden’s doing. It’s in the “how so?” part that things get complicated. See, approval or disapproval can take multiple forms. As pro-gun folks, it’s easy to look at the disapproval and think that everyone thinks Biden is going too far with his gun control push, but that might be a bit premature.

See, a lot of anti-gunners likely disapprove of Biden’s gun control efforts because they don’t think they go far enough. They’re upset that his proposals only touch on the issues they think are most important. They’re upset with him for not doing more to end the filibuster–though what exactly they expect him to do is a mystery, but I’ve seen the comments myself–and think he’s not strong enough on the issue.

The question is, how many of the latter group exist? Well, that’s hard to say without actual polling, but from what I’ve seen, they represent a minority of the anti-gun crowd. Most anti-gunners may want the president to do more, but they understand that they can’t go for everything they want in one fell swoop. They approve of Biden’s efforts.

That means a lot of other people are thinking Biden is going way too far with his gun control proposals, and that’s good news for the pro-gun side.