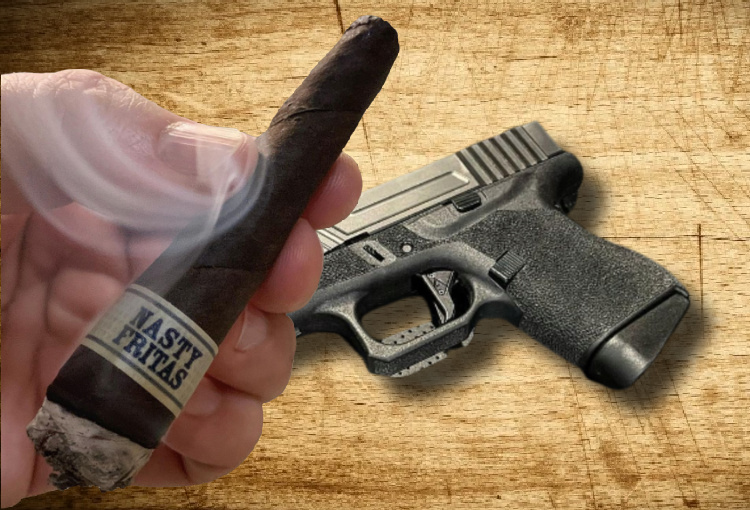 When Glock released the 43 back in 2015 they were a bit late to the single-stack 9mm party. I remember being at SHOT Show the year before when Glock dropped the 42 in .380 and how disappointed I was that it wasn’t in 9mm. By the time they finally got around to making the 43 I recall thinking, “Do we really need another single-stack 9mm”? Turns out that yes, yes we did. 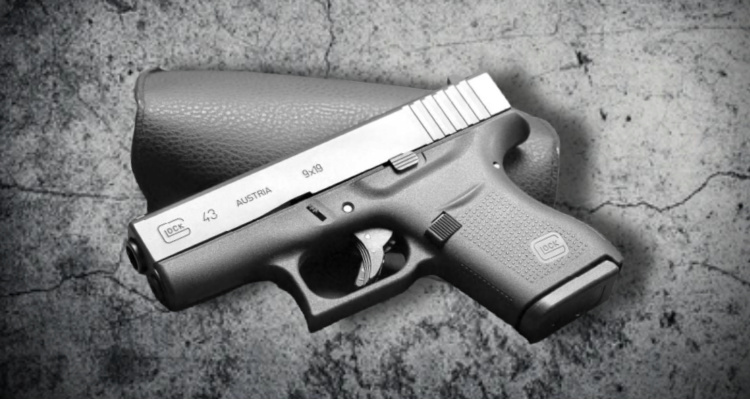 So what makes the Glock 43 stand out from the competition? I think we have a Goldilocks here. Some micro 9s are too big, some are too small but the 43 is just right. 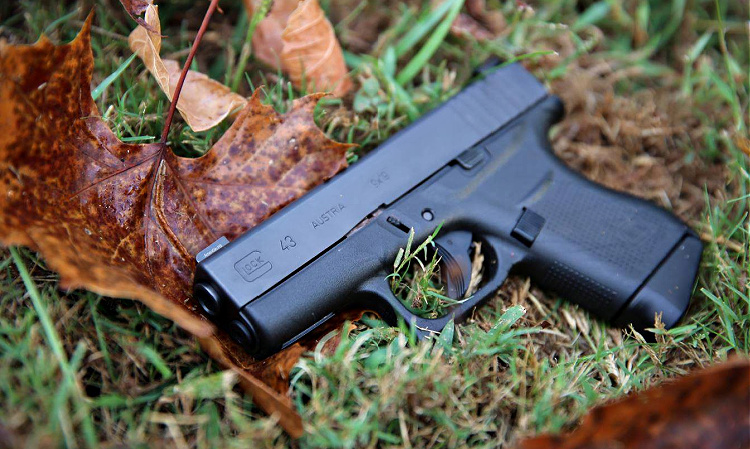 The little 9s that are too small are simply not a pleasure to shoot. These are the ones that don’t have enough grip to hold on to and hurt your hands when firing. The bigger ones don’t have that problem but they are harder to conceal, and that is the point of a single stack 9.

Drew Estate Cigars most prestigious line is the Liga Privada. These are their ultra-premium offerings. The Ligas are made in primarily two different blends in a multitude of different sizes. These are all full-bodied and full-flavored cigars made from the best tobacco that Drew Estate has.

When you make a cigar, there is some tobacco left over from the process. For example, a freshly rolled cigar needs to be cut to length. The tobacco that is cut off the end is still the same quality that was in the rest of the cigar. A lot of cigar makers take this “leftover” tobacco and use it to make smaller cigars. That is what the Liga Privada Nasty Fritas is: A smaller version, using the same tobaccos as its big brothers. Kind of like a Glock 43. 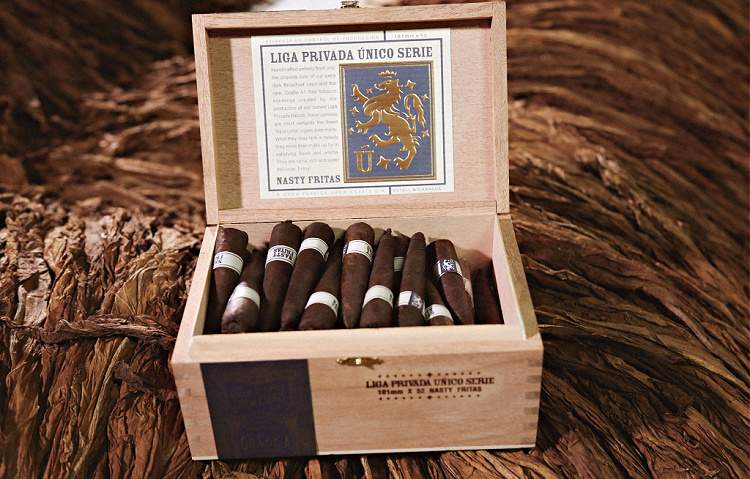 Nasty Fritas Cigars have an unusual shape, but reviewer Patrick Lagreid says there’s nothing novel about the cigar once lit. “This little torpedo billows thick creamy smoke packed with a variety of flavors that engage the sense from start to finish while never overpowering either the tongue or nose.” 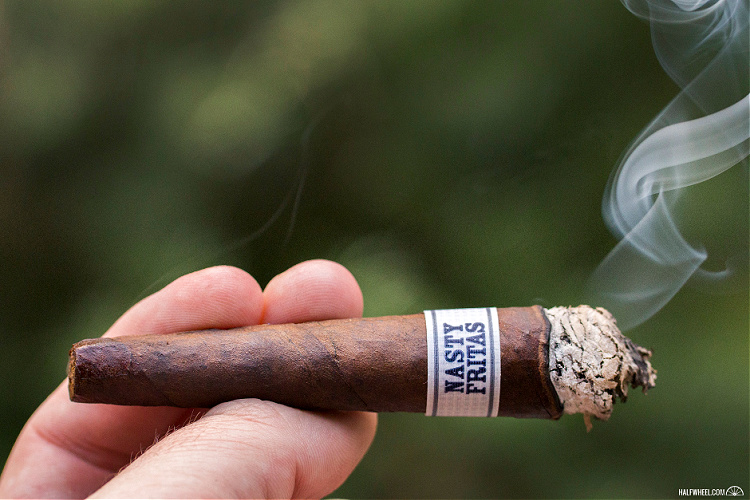 Lagreid says, “Even down to its final puffs, which now show aromas of slightly damp firewood, the Nasty Fritas continues to be a smoke-producing machine, never letting up on the billows until well after the cigar is in the bottom of the ashtray.” Image source: Halfwheel.

Tiny but mighty. But not so tiny that the recoil kills your hands. Training with a carry gun is very important, if shooting said carry gun is brutal you are less likely to train as much as you should.

The Nasty Fritas cigar is rich and smooth with some natural sweetness, but more leather and pepper. The Brazilian Mata Fina binder brings some power to this cigar.

Arthur Fuerte is a professional tobacconist with a penchant for mid-century militaria. He knows his way around the cigar parings, single-malts, and classic American firearms.