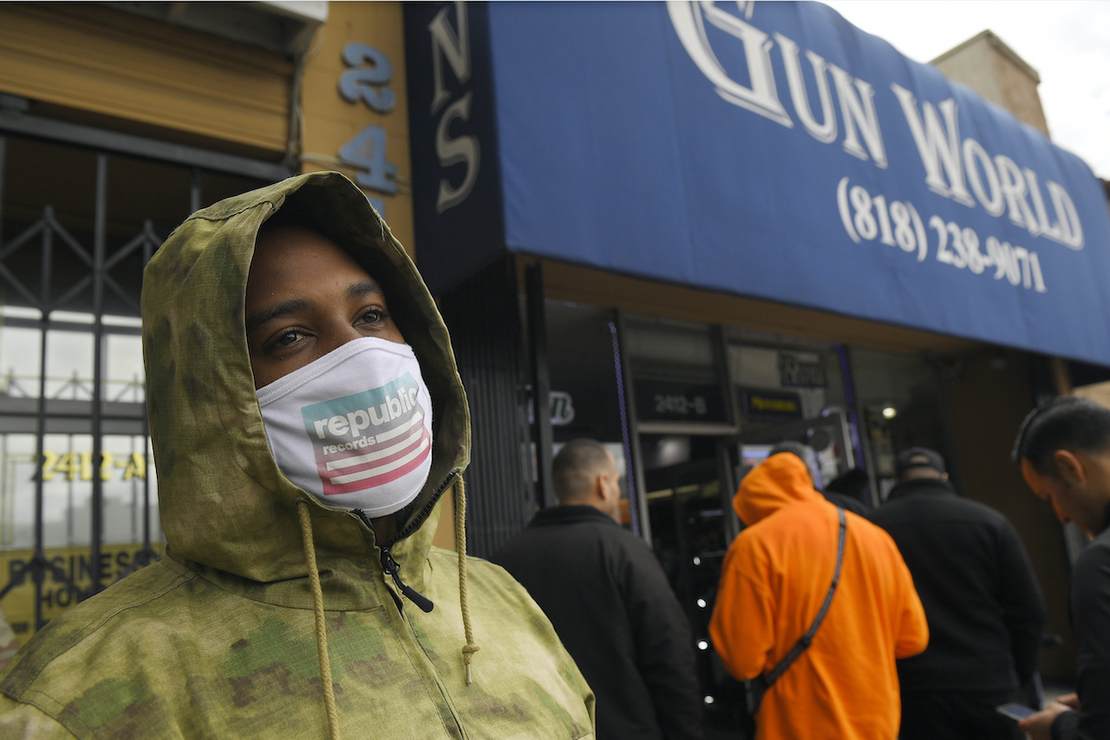 Despite the fact that California Gov. Gavin Newsom refused to consider gun stores as essential businesses, allowing counties in heavily populated areas of the state to order shops closed for months during the early part of the COVID-19 pandemic last year, residents of the Golden State purchased almost one million handguns between March of 2020 and April of this year. That’s a 66% increase compared to the preceding twelve month period, and strong evidence that even in liberal-dominated blue states, more Americans are embracing their Second Amendment rights.

Not only were gun shops in places like Alameda County closed for months on end last year, those residents who managed to find a gun store that was open for business still had to deal with the state’s draconian gun control laws, including a ten-day waiting period and background checks on all sales of both firearms and ammunition. Even those restrictions, however, couldn’t tamper down the demand for firearms as violent crime started rising last year.

Gun sales have been on the rise in California for years, according to the Sacramento Bee, which can mainly attributed to an increase in long gun purchases following mass shootings or before new gun control measures have gone into effect.

During the pandemic, however, handgun sales outpaced that of long guns, the Sacramento Bee noted.

An additional 365,000 handguns were sold during the pandemic lockdowns compared to the previous 14 months, according to the newspaper, while long gun sales only increased by 183,000 over the same time frame.

Of California’s 12 highest months for handgun sales since 2000, eight were during the pandemic, the newspaper reported.

Now, these numbers come from Michael Bloomberg’s anti-gun news outlet The Trace, but they seem to track with what other groups like the National Shooting Sports Foundation have reported over the past year. Whether we’re talking about 2A-friendly states like Texas or anti-gun bastions like California, the Great Gun Run of 2020 (and now 2021) cut across all racial, political, and even geographical boundaries.

Unfortunately, because of California’s screwy gun laws, those purchasing a firearm in the state are denied some of the most commonly owned and popular firearms. Not only does California’s ban on so-called assault weapons prevent many models of AR-style rifles from being sold, the microstamping law that’s been on the books for a decade now has blocked all new models of semi-automatic pistols from being offered for sale. Even worse, the microstamping law is also responsible for hundreds of models of handguns that were previously available for sale to be removed from the state’s Handgun Roster, further reducing the choices and overall supply of firearms to California residents.

While we don’t know how many of these gun purchases came from first-time buyers, estimates from the NSSF and outside researchers show between 20-40% of all gun sales last year were to new gun owners. That would put the number of new gun owners in California somewhere between 200,000 and 400,000 people. In many states that would mean a sea change in the state legislature in terms of enacting gun control bills, but given California’s population of close to 40-million people, the influx of new gun owners aren’t going to be enough to change the entrenched anti-gun culture at the state capitol in Sacramento, at least not right away.

However, it is worth noting that the GOP did pick up four House seats in the 2020 elections, and I suspect that the Democrats’ embrace of gun control and attempts to block responsible Californians from exercising their right to keep and bear arms played a role in their Election Day defeats last November. If Democrats insist on trying to crack down on legal gun owners even as gun sales are soaring in the state, they could end up losing some of the suburban legislative districts that have given them a supermajority in the state legislature in recent years. I don’t expect Democrats to preemptively back away from their embrace of anti-gun policies, though. Voters are going to have to deliver some defeats in order to send a message that lawmakers can receive loud and clear: going soft on criminals while making life hard for legal gun owners is a sure way for legislators to lose their job.