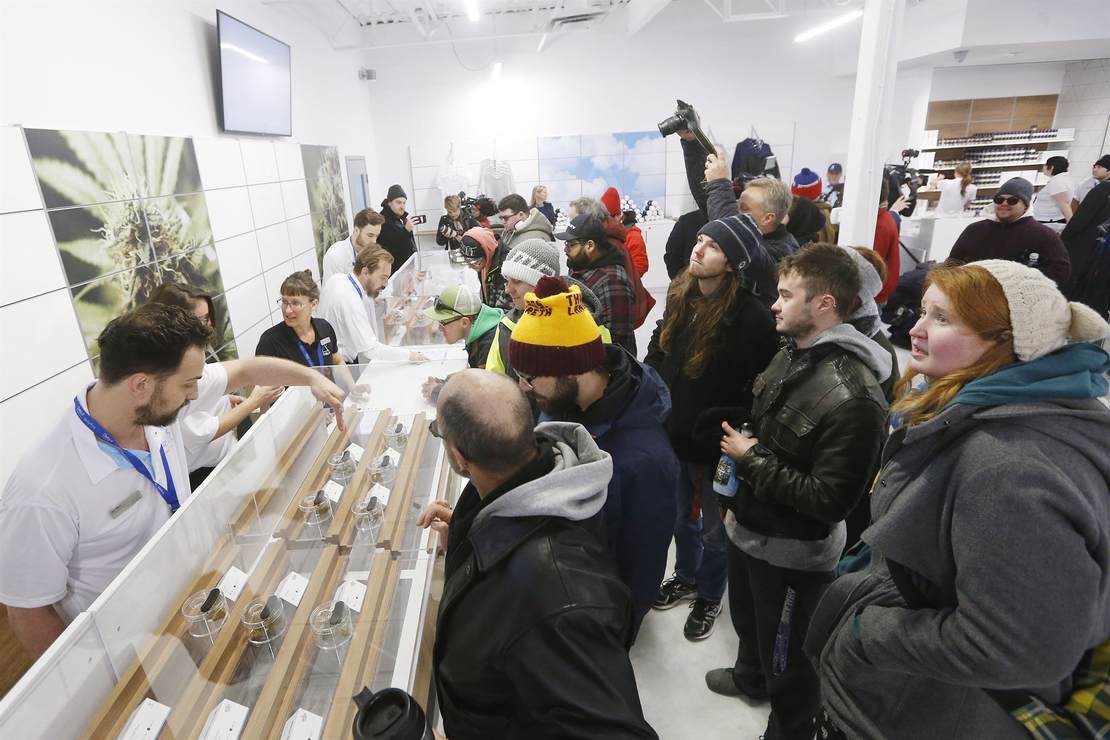 There’s a bill sitting in Congress called the GRAM Act that would remove the federal prohibition on gun owners possessing or using cannabis in states that have legalized the drug, and while the legislation hasn’t attracted a ton of co-sponsors outside of the handful of Republicans who introduced the measure, the bill would be an important step forward for ensuring that legal gun owners don’t end up in prison simply because they engaged in an activity that’s legal in the state where they live.

Beyond individual users of cannabis, however, the GRAM Act would also help retailers protect themselves. As it is, many “budtenders” are choosing to carry a gun regardless of the legal consequences, because they’re worried about not being able to protect themselves from a growning number of armed robberies.

Dispensary workers have reacted differently to the violence. “I’m really anti-gun,” said Jina Yoo, owner of Cured Green, where her friend and employee Arthur was killed. She said she’s upgraded her security system and has a security guard on staff, but no guns.

“I don’t need to talk about the gun, especially since my friend died from a gun,” she said. “Guns are the most hateful things.”

In Oregon, Bret Born owns the Ascend dispensary, where two employees, including his stepson, were robbed by gunmen in February. “They had my stepson at gunpoint and laid him out execution style,” he said.

The employees were not injured but the suspects stole $469 cash and multiple jars of cannabis with an estimated street value of $14,000 said Born. He speculated that the weed was stolen for resale in non-legal states.

Anticipating more robbers, Born has armed himself with an M&P 380 Shield EZ, a popular compact semiautomatic pistol from Smith & Wesson, and a Judge Public Defender, a burly Taurus revolver that fires alternating rounds of .45-caliber and 410 shotgun shells.

“I always carry a gun all the time,” said Born, a retired educator who grew up hunting in Ohio, but wasn’t in the dispensary when it was robbed. “If they had been here when I was here, it would have been like Oklahoma.”

That mention of Oklahoma refers to a case from late April in the southern Oklahoma town of Ardmore, where an armed robber who targeted a strip-mall dispensary was shot and killed by a store employee.

“It was one of our employees who was able to act fast,” said Eric, a co-owner of The Highest Choice who identified himself only by his first name. “The situation presented itself and it was handled accordingly. If they present their weapon, you have every right to shoot them dead.”

That may be true, but because cannabis is still prohibited at the federal level, that employee could end up facing prosecution by the U.S. Attorney’s office in Oklahoma, and other dispensary employees in the states that have legalized marijuana run the same risk if they choose to arm themselves for self-defense while on the job.

The simplest solution would be for the federal government to remove cannabis from the list of Schedule 1 drugs, but since that appears unlikely in the near future, the GRAM Act would at least offer a way for folks to legally exercise their Second Amendment rights in states that have legalized marijuana. Unfortunately, thanks to the anti-gun views of most Democrats and the anti-legalization stance of many Republicans, the chances of the GRAM Act passing Congress are about as slim as full legalization of marijuana or repeal of the National Firearms Act.