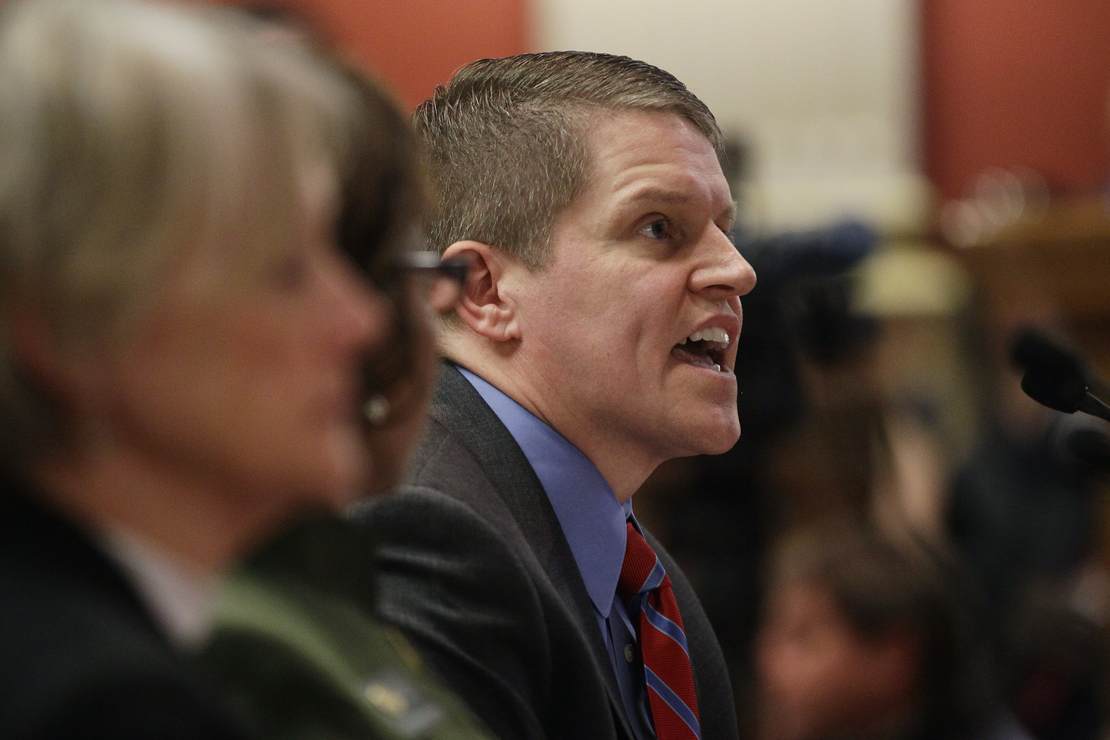 This week in Second Amendment-related news has been dominated by two stories. One was the confirmation hearings for David Chipman to potentially lead the ATF and the San Jose shooting. While the two stories are both Second Amendment stories, they don’t have a whole lot in common.

After all, San Jose is a mass shooting and the Chipman confirmation has been in the work for weeks and is taking place on the other side of the country.

However, it seems that for gun control groups, Chipman is Superman.

The chasm between congressional inaction and the real toll of gun violence was on stark display Wednesday. A gunman was killing nine people at their workplace in San Jose, California, as President Joe Biden’s nominee to lead the U.S. Bureau of Alcohol, Tobacco, Firearms, and Explosives faced ludicrous questions about firearms from members of the Senate Judiciary Committee.

Finally, the Senate must confirm David Chipman as ATF director. Chipman served as an ATF Special Agent for 25 years, helping to lead complex investigations such as the 1993 World Trade Center Bombing and the Oklahoma City Bombing. He understands ATF’s needs and the agency’s critical role in stopping gun trafficking and preventing gun violence, having worked on stopping illegal gun and drug trafficking from the Tidewater Virginia area to New York as well as having served since 2016 as a senior adviser to Giffords, the group named after former Rep. Gabby Giffords, a gun violence survivor.

All of this is why his nomination has been endorsed by numerous attorneys general, former ATF agents and law enforcement officials. USA TODAY’s reporting showed the extent of the problems facing ATF. Chipman is ready to take the helm on day one, steward ATF, and ensure that the agency can perform its critical oversight role. The Senate must confirm him at once.

These steps will help put ATF on the path towards a fully functioning, modern and accountable law enforcement agency. It is far past time to do that – and with advocates for gun-violence prevention controlling the House, the Senate and the White House, this is the moment we can finally get it done.

What Kris Brown fails to note, however, is just how Chipman would have had any impact on San Jose.

See, from what we can tell, the shooter had no disqualifying criminal history. He wouldn’t have failed a background check as he had no felony convictions nor any convictions for domestic violence. So just what would Chipman have been able to legally do?

So why are they claiming otherwise? The reason is that, as per usual, anti-gun jihadists will use the bodies of the dead as a soapbox to push their agenda while decrying any pro-gun voice that does something similar. They’re hypocritical jackals that prey on the nation at its weakest moments and they will manipulate any bit of information they can to try and present the narrative they want to present, whether there’s a shred of evidence to support that or not.

There’s absolutely no connection between the ATF nomination and San Jose, yet here we sit, looking at an op-ed titled “After San Jose shooting: Confirm new ATF chief to police the gun industry and save lives,” for crying out loud.

The two situations have absolutely nothing to do with one another. Even if Chipman were to be confirmed, there’s zero chance he could have stopped this shooting. None at all, so stop trying to portray him as some great savior.

While gun control groups are decrying what they see as gun industry interference–apparently the fact that not enough gun dealers are being prosecuted for mistakes on complicated record-keeping requirements is a problem–yet their solution is to put someone into the office who is an avowed anti-gun activist, someone who went from the ATF to work for a gun-control group.

What’s more, they can’t imagine why someone might be uncomfortable with that. Instead, they try to present him as the only possible salvation to a world devastated by gun violence, never mentioning that most arrests for illegal guns happen at the local level and thus don’t require the ATF in any way, shape, or form.

Then again, when have we ever gotten the straight scoop from the anti-gun zealots out there?