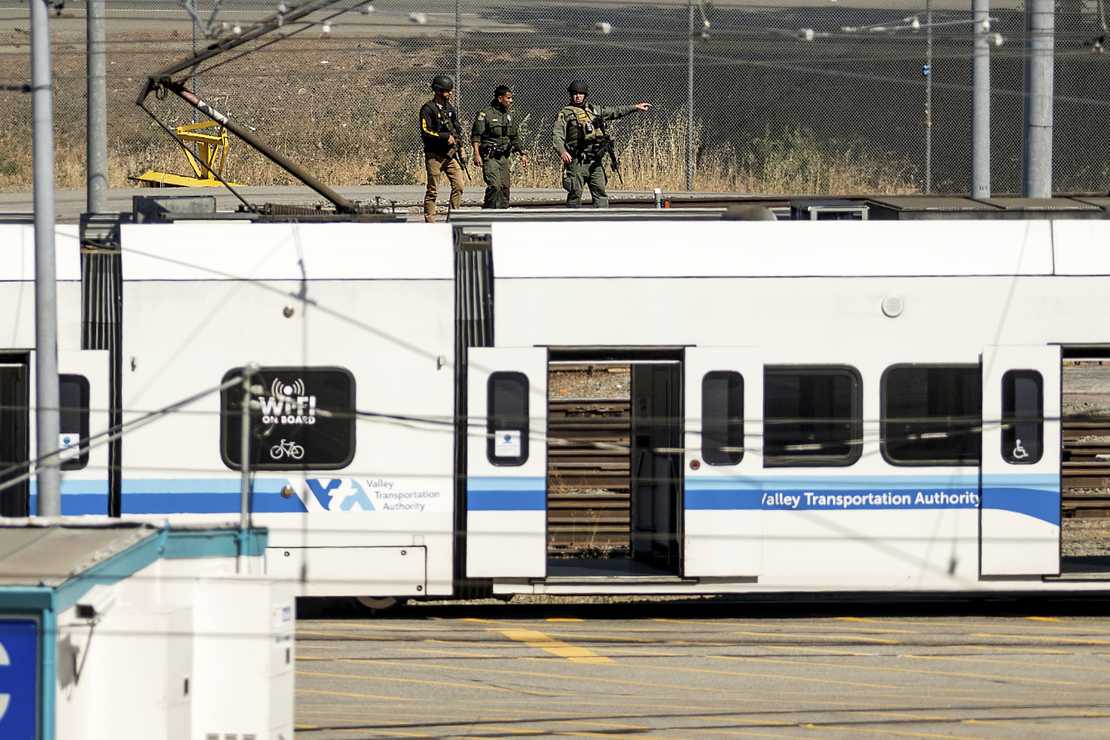 The San Jose shooting is still fresh in everyone’s mind, and we’re just now starting to get a picture of what happened. The killer, whose name I’m not about to use, was a bitter, angry person from all indications. He was a guy who hated his job and hated his coworkers. He was violent with an ex-girlfriend.

In fact, he sounds like exactly the kind of guy you’d think would carry out some kind of an attack like this.

Not only that, but he sounds like exactly the kind of guy gun laws like California’s are supposed to thwart from carrying out an attack like this. However, they didn’t stop much of anything.

As authorities cleared the rail yard Wednesday, they found an assortment of what appeared to be bomb-making materials in [the killer’s] locker — forcing a lockdown of the area and bomb technicians to sweep the large complex.

Smith told NBC’s “Today” [his] locker had “materials for bombs, detonator cords, the precursors to an explosive,” Smith said.

The Sheriff’s Office told The Mercury News the contents of the locker were later deemed to not be dangerous and no actual explosive devices were discovered.

In California, it is illegal to buy magazines that hold more than 10 rounds. However, if [he] had obtained them before Jan. 1, 2000, he would be allowed to have them unless he was otherwise prohibited from possessing firearms.

Despite accusations from two women — an ex-wife and ex-girlfriend — that [the killer] was violent, had alcohol problems and was sexually abusive, there was nothing in public records to indicate [the killer] ever got in trouble with the law, meaning he likely was legally able to obtain a firearm.

Authorities have yet to say whether that was the case or when [the shooter] obtained the firearms. He received a traffic ticket in 2019 and sheriff’s officials said they were still investigating his background. His social media presence – if he had one – is not apparent.

Unfortunately, this is normal. While most of these kinds of killers tend to have a history of being violent, they often don’t have a criminal history that would stop them from being able to purchase firearms.

But hey, that’s why there are red flag laws, right?

After all, authorities say the killer spent years planning this attack and had spoken previously about killing people. He hit every criteria you’d expect for a mass shooter and yet, no one said anything. Nothing at all. No one believed him.

I mean, authorities stopped him when he came back into the country from a trip to the Philippines and commented over the books on terrorism, manifestos, and a notebook going on about how much he hated his job and his coworkers. Despite all that, no one took out a red flag order on the guy.

Now, one of the biggest questions I have in this instance is why the killer didn’t just get another job. I mean if he hated that job so badly that he wanted to murder people, why not find another one where he wouldn’t be so miserable?

Of course, I suspect a lot of people are asking that question right now, but since the killer is dead, we’re unlikely to get any answers. That’s a shame.

It’s also a shame that, once again, we see that the laws we keep being told are necessary to prevent this kind of thing failed to do just that. The rights of law-abiding Californians have been infringed repeatedly and those laws exported to other states, all in the name of preventing mass shootings, and yet here we are.

Once again, gun control failed to do what proponents claimed it would do.

I know you’re as shocked as I.