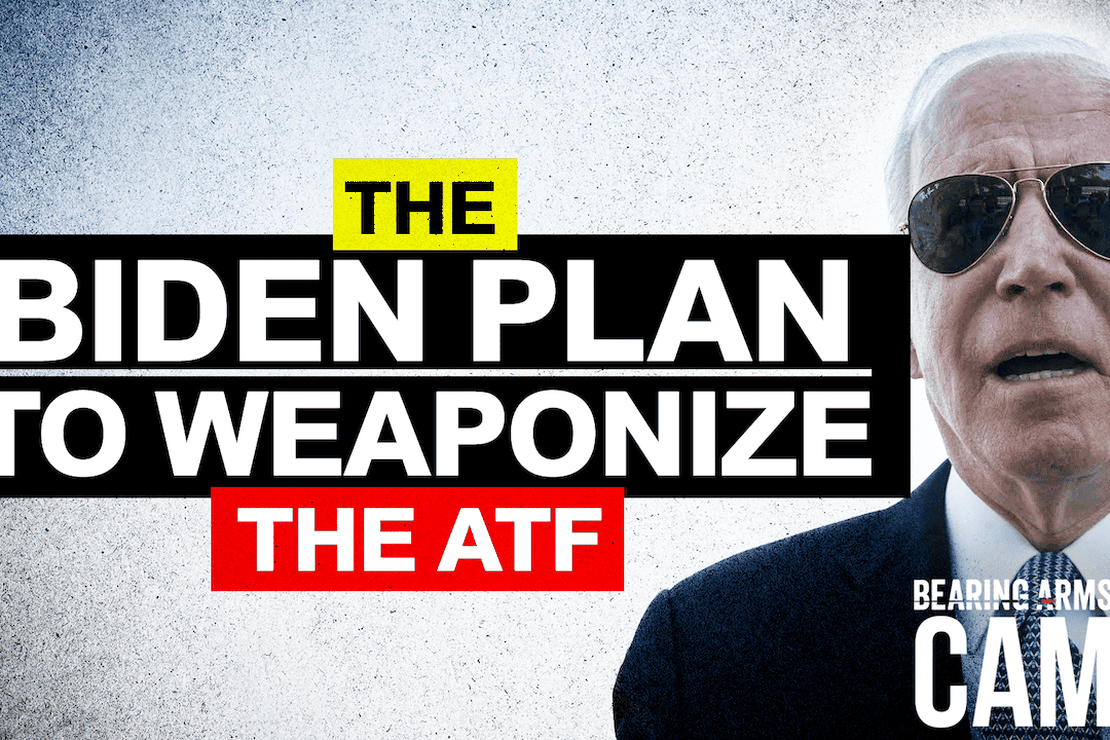 Joe Biden’s pick to run the ATF didn’t do himself many favors on Wednesday during his confirmation hearing; from claiming that his anti-gun advocacy will have no bearing on his job performance if he’s confirmed as permanent director to advocating for a ban on “assault weapons” even though he couldn’t actually define the guns he wants to make illegal.

“You're going to be running this agency and you don't have a definition of assault weapons?! …

If you won't answer my question, how can I vote for you?” pic.twitter.com/DQU4ARR3og

We don’t know when Chipman’s nomination will come up for a vote in the Senate Judiciary Committee, much less the a vote by the full Senate, but we do know that Chipman and the ATF are the lynchpin for Joe Biden’s anti-gun agenda at the moment with the Senate filibuster in place and no movement on the gun control bills that were passed by the House earlier this year.

On today’s Bearing Arms’ Cam & Co, Stephen Gutowski of The Reload joins me to discuss Chipman’s nomination and how the Biden administration is already using the ATF to try to reshape our nation’s gun control laws.

Gutowski has been checking in with Republican senators like Alaska’s Lisa Murkowski and Susan Collins of Maine, along with Democrats Kyrsten Sinema of Arizona and West Virginia’s Joe Manchin, but so far none of them have made any commitment to vote for or against Chipman’s nomination. In order for Chipman’s nomination to be successful, every Democrat will need to be on board, or else Chuck Schumer is going to have to reach across the aisle to find at least one GOP vote to put a committed gun control activist in charge of the agency that oversees the laws and regulations for gun owners and the firearms industry.

To that end, it’s interesting that Chipman claimed that, despite his nearly 10 years working for gun control groups like Mayors Against Illegal Guns and Giffords, if he’s confirmed as ATF Director he’ll simply follow Congress’s lead and enforce the laws that they put on the books. Chipman downplayed the fact that the ATF has enormous regulatory power, and is even now busy trying to redefine terms like “frame,” “receiver,” and even the word “readily” as they’re used in the Gun Control Act with the intent of turning even unfinished gun parts into working firearms in the eyes of the agency.

The ATF and Justice Department are also set to unveil a new proposed rule dealing with AR-style pistols and stabilizing braces next week, and the language that emerges from their backdoor strategy sessions is going to be very revealing. Joe Biden has made it clear that he wants to use an agency rule to redefine these AR-style pistols as “short barreled rifles” that must be registered with the federal government under the National Firearms Act. If Biden and the ATF are successful, that could turn millions of legally-owned firearms into prohibited items almost overnight, but it would also set the stage for an even bigger gun grab; declaring that AR-15s and other modern sporting rifles can be “readily converted” into machine guns and therefore fall under the NFA as well.

With their new, broad, and vague definition of “readily,” the ATF under Biden could easily determine that all existing modern sporting rifles meet the definition of “machine gun,” which is defined in the National Firearms Act as any firearm that “shoots, is designed to shoot, or can be readily restored to shoot automatically more than one shot, without manual reloading, by a single function of the trigger.”

Gun owners actually got a hint of this strategy during the Trump administration, when the ATF reclassified bump stocks as “machine guns.” It wouldn’t be much of a stretch for the agency to do the same with semi-automatic rifles themselves, and given that David Chipman has already embraced the idea of classifying these rifles as machine guns, it’s ludicrous to believe that Chipman and the Biden administration would wait for Congress to pass a new “assault weapons ban” if they thought they could do it themselves.

Obviously there would be enormous pushback, both politically and legally if the Biden administration actually attempted to do this, but the desire is certainly there on the part of the gun control movement and with gun control legislation not going anywhere at the moment in Congress, Biden and his anti-gun allies (including the potential head of the ATF) may very well decide that a Hail Mary attempt at the Holy Grail of gun control is worth the risk of having their new rule overturned by the Court.

As Gutowski says, Chipman’s confirmation isn’t guaranteed, so gun owners need to be contacting their senators to voice their opposition. Murkowski, Collins, Manchin, and Sinema all represent Constitutional Carry, pro-Second Amendment states, and they need to be hearing from the Second Amendment supporters they’re supposed to be serving in the Senate if we stand a chance at defeating a key piece of Joe Biden’s anti-gun agenda.