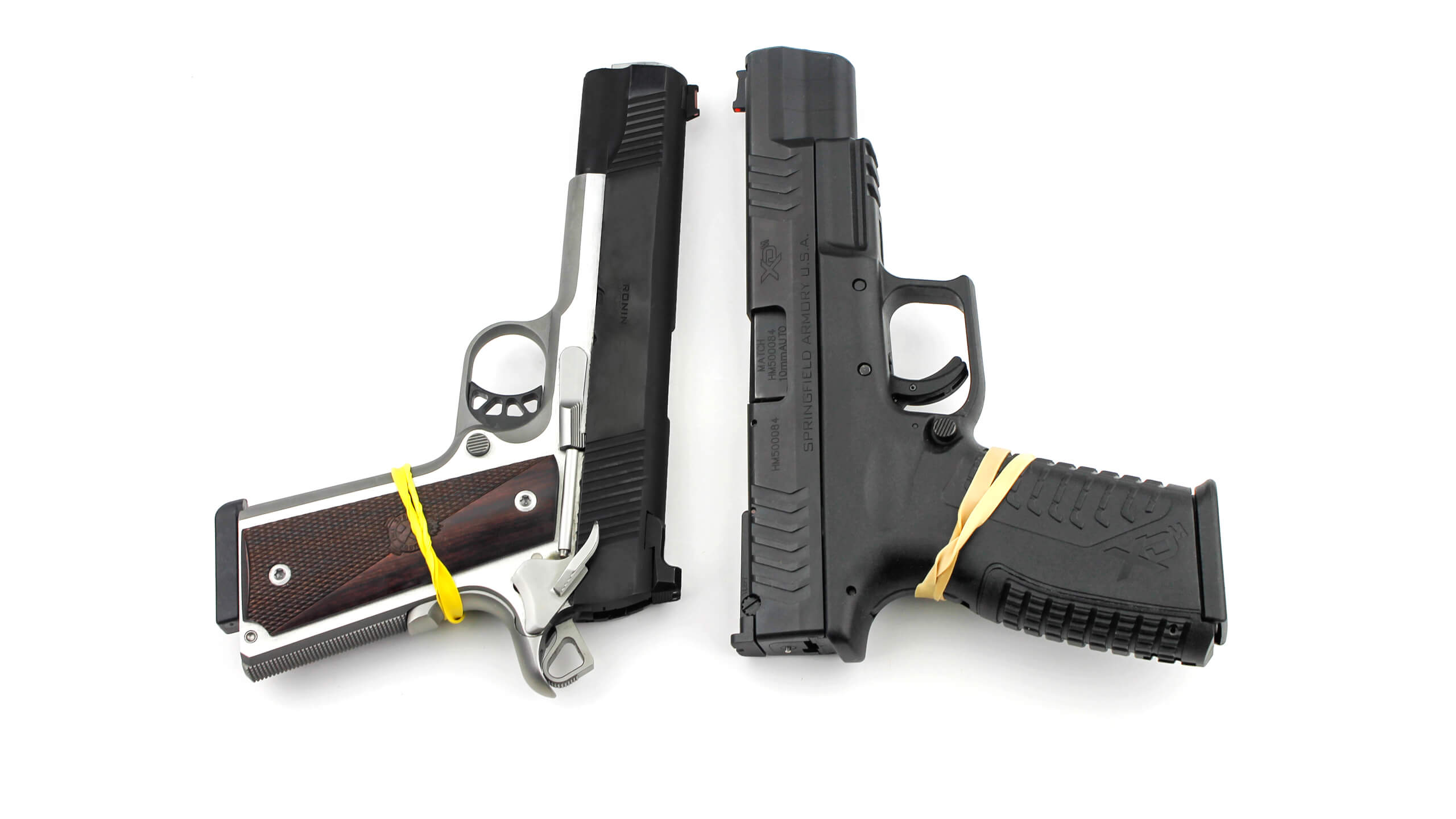 Some folks who only read the Internet forums or even some gun magazines have been told there that “hair trigger liability is a myth.” Alas, that is not true, and it’s better to realize that now rather than find out from a prosecutor or plaintiff’s lawyer later.

Many of us modify our carry guns so we can shoot them better. Smoother trigger pulls, sights that suit us better, modifications of grips to better fit our hands, etc. These kinds of modifications are easily defensible in court. The mechanical modifications which get people in trouble tend to cluster into two areas: removing or deactivating safety devices, and particularly, what laymen (and certain prosecutors and plaintiff’s lawyers) call “hair triggers.”

This writer has been an expert witness for the courts for more than forty years, spent 19 years as chair of the firearms/deadly force training committee of the American Society of Law Enforcement Trainers, almost as long as a member of the advisory board of the International Law Enforcement Educators and Trainers Association, and have served on the advisory board of the Armed Citizens Legal Defense Network since its inception. Following is a round up of what all that has taught me.

The “Hair Trigger”, in Perspective

Ninjas of the ‘net sometimes say, “Trigger pull weight only matters in a negligent discharge.”  They’re right, but only half right. It also matters in a false allegation of a negligent discharge. Those false allegations have been known to occur in both criminal court and civil lawsuits, the only difference between those venues being the motivation of the attorney bringing the legal complaint.

What we have to understand is that while malice is a key ingredient in a murder charge in the criminal court arena, recklessness and negligence with death resulting are all that’s needed to sustain a manslaughter charge that can bring a prison sentence of as much as 20 or 25 years, depending on the jurisdiction. In a civil lawsuit, the party bringing the case is looking for big $$$, and few armed citizens have a million dollars or more in assets that the plaintiffs can seize to satisfy the judgment if they win. However, many of us have at least a million dollars in homeowner liability or automobile liability insurance … and the insurance company has the money.

Virtually no liability insurance for the private citizen will pay for a judgment based on an intentional act of shooting someone; it’s called a willful tort, and if you read the fine print in your policy, I expect you’ll find the insurer is exempt from paying for intentional shootings. But if the plaintiff’s theory of the case is that you recklessly, negligently shot the home invader or the carjacker “by accident,” well, that’s exactly what liability insurance is for, and it’s covered if the accuser can convince the jury that you were negligent.

A “hair trigger” feeds perfectly into plaintiffs’ arguments of negligence.

A brief history is in order. Something like half a century ago, LAPD ordered all its service revolvers modified to double action only. Why? Partly because of unintentional discharges that did occur with cocked revolvers (think: 3-lb. range, little if any take-up on the trigger). But partly, also, because the potential of such an incident allowed the false allegation of same! LAPD was followed by Miami PD, NYPD, Montreal PD and others.

Note that when semi-automatic pistols finally went mainstream for general issue to police, it was primarily with double-action autos that had long, heavy trigger pulls for the first shot. Many departments (notably our largest, NYPD) mandated double-action-only pistols when they did go to autoloaders.

America’s law enforcement officers get into more shootings than any other occupational category. We would be foolish to ignore what they have learned in their institutional history over the decades.

What Is a “Hair Trigger”?

Basically, what you’re dealing with here is an accusation of negligent choice or negligent adjustment of a machine, with death or serious injury resulting. It comes down to two standards, one or both of which will be in play in such a case: (1) Manufacturer’s specification of proper adjustment for using the tool for its intended purpose, and (2) common custom and practice of adjusting such machines for use by professionals.

Each will vary, of course, with the given type of firearm. When in doubt, contact the manufacturer of your pistol and ask them what they consider to be the acceptable range of a “duty trigger pull weight.” Note that “duty” isn’t limited to cops and soldiers, etc.; it’s the unofficial “industry code” for a defensive pistol that’s likely to be used under stress. In a 1911, for example, that generally settles at 4-lbs. minimum; in a striker-fired auto pistol, it seems to be at about 5½ lbs. “baseline.”

And, please, don’t think for a moment that you’ll get by with saying, “I never touch my trigger until I’m going to shoot; I fired intentionally in self-defense.” Think about it: if people were believing you, you wouldn’t be on trial.

That “defense” will crumble in a minute under skilled cross-examination. “We know you’re supposed to keep your finger off the trigger until the intentional shot, and we’re saying you didn’t! Are you asking this jury to believe you are the first perfect human being incapable of making a terrible mistake to walk this Earth in more than two thousand years?”

When the other side is claiming that you fired negligently, please don’t give your opponent a sound bite as powerful as “Ladies and gentlemen of the jury, all we have to do is show you that the defendant is reckless and negligent with firearms, and was so in this case. Ladies and gentlemen, we will prove that he removes or deactivates the safety devices on lethal weapons!!”

Action tune? Be my guest. I’ve had that done on many of my defensive firearms. In all these years, I’ve never encountered a case where the other side said the trigger pulls was too smooth. Every single time, in my experience, the allegation was that the pull was too light.

Some aftermarket triggers are not problematic. An Apex aftermarket trigger was recently installed on a friend’s daily-carry Springfield Armory Hellcat. The new trigger, trigger spring and recoil spring combination reduced pull weight by only a quarter pound according to an RCBS gauge, leaving it well within factory specs. I can’t see a problem there.

And I am pretty sure no one reading this is stupid enough to put Punisher grips on their pistols, or have their gun muzzles engraved with something like “Smile, Wait For Flash.” The other side is trying to show that you are predisposed to vigilante murder … only a fool would emblazon such “evidence of criminal intent” on a firearm intended for self-defense.

I’ve run out of allotted space, but you haven’t run out of time to take that sort of blood out of the water where the sharks swim if you ever have to use your defensive firearm for its intended purpose.