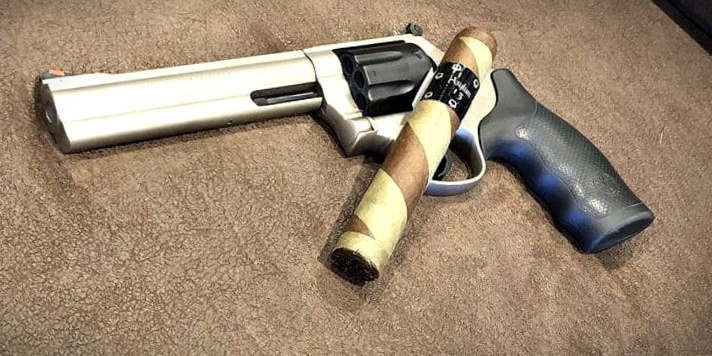 The double-action revolver has been around long enough for the design to seem somewhat timeless.  There have been very few innovations in the design that are truly considered newsworthy, but that doesn’t mean that the old wheel gun isn’t deserving of praise. Smith & Wesson’s revolvers have long set the standard for wheel-gun classics. From their five-shot Scandium J frames to their .460 S&W behemoths, Smith & Wesson continues to be one of the standard-bearers for what a revolver can be. 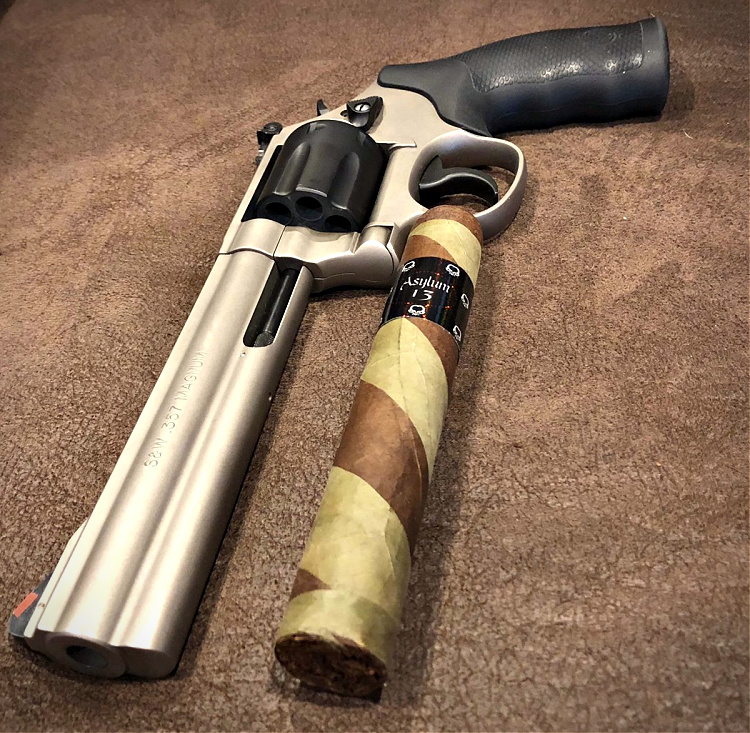 So what is up with the funky colors on this guy? It has been coated with Nickle Boron and a Nitromet Salt Bath Nitrocarburizing process. Yep, some weirdo-coated stainless revolver.

The idea was to take a gun that was already rust-resistant, (remember stainless does not mean rustless), and make it even more resistant to harsh environments and corrosion. It was done in part to make a true “Combat Revolver.” You could take this Smith and drop it in a bucket of saltwater for a couple of days and it would still run. Not that you would do that, but you get the idea. 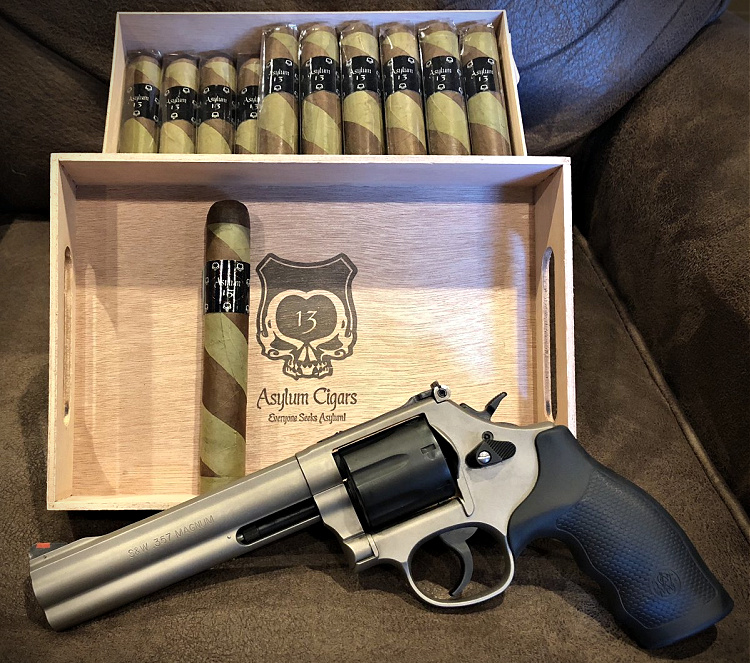 The Smith and Wesson 686 and the Orge from Asylum Cigars.

Of course, the finished gun is, well, kind of ugly. Yep, it’s ugly. But it works, and the coatings did not affect its functionality in any adverse way — Which leads us to the cigar to pair with this ugly gun:

This is a barber pole cigar, meaning that there are two different wrapper leaves of contrasting colors that are used in a way that resembles a barber pole. The Asylum uses a green candela wrapper and a dark brown Habano. The simple black band also reminds me of the black cylinder on the SW 686. 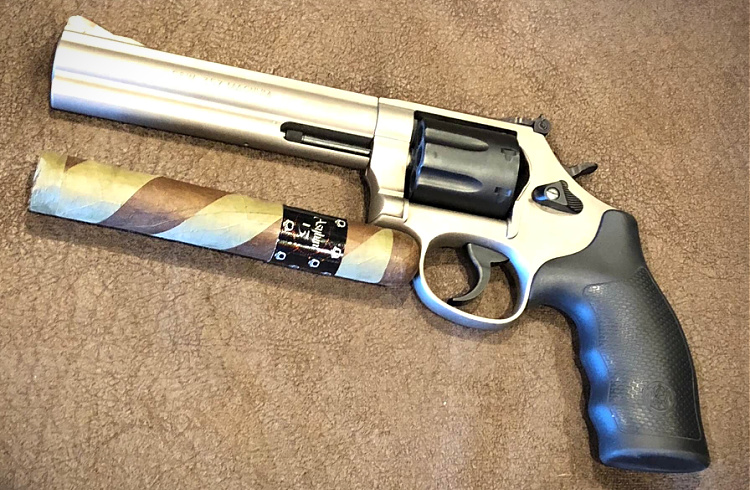 A nice and heavy Smith & Wesson steel-framed wheelgun in .357 is a lot of fun to shoot. It is still a magnum and has the snappy recoil one would expect from such.

This is a full-bodied smoke with flavors of sweet grass, dark chocolate, and a good dose of black pepper spice. It is like the smell that lingers in your nose after running through a cylinder of .357, only much better (and a lot quieter, too).

Arthur Fuerte is a professional tobacconist with a penchant for mid-century militaria. He knows his way around the cigar parings, single-malts, and classic American firearms.