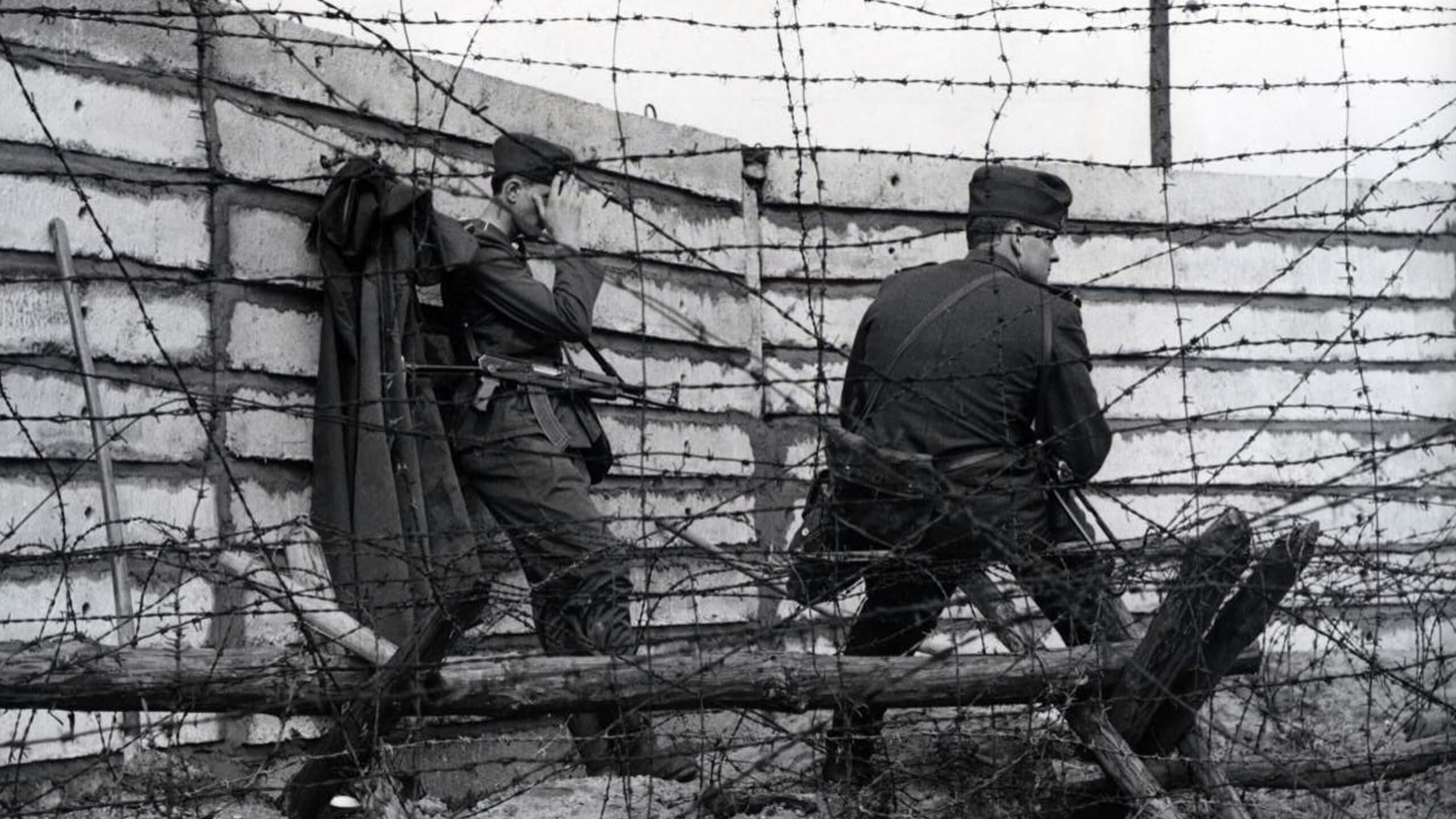 We’ve all become so familiar with the AK-47 that it is hard to imagine a time when it was a closely held Soviet secret. In the U.S. military, the AK-47 was mostly unknown throughout the 1950s, and even after an example of the weapon had been acquired, the prevailing attitude of the time was that it was merely a “submachine gun”, and in no way competitive with new American designs like the M14 and the emerging AR-15. Infantry combat in Southeast Asia would quickly bring the AK-47 into focus as U.S. troops encountered the Communist rifle during some of the earliest engagements of the Vietnam War.

I set out on a quest to determine when the U.S. military first learned about the AK-47, what and when they knew about it, and what our people thought of it once they had a chance to test it. What I found out was rather interesting, made up of a patch-work quilt of ordnance information, CIA intelligence data and possibly some Soviet disinformation.

One consistent early description of the AK-47 in U.S. intelligence and ordnance documents is the use of the term“submachine gun”.Originally, I thought this was a simple pick-up from the initial German World War II nomenclature of “MP” (Maschinenpistole) used as a cover for the development of the Sturmgewehr.

The MP43 and MP44 assault rifles were eventually given the appropriate designation of “StG”, but even as U.S. Ordnance knew this correct designation, they continued to think of the German Sturmgewehr as a submachine gun.

Most U.S. Ordnance reports about the StG44 were not flattering, so I didn’t find it surprising that the U.S. Army minimized a similar Soviet weapon in the same fashion. What I did not expect was that the Soviets would themselves refer to the new AK-47 as a submachine gun.

In a CIA report dated April 29, 1953, originating from “USSR Leningrad Oblast”, the subject was “New type Soviet Submachine Gun and Carbine”. The carbine was the new SKS. The submachine gun was the new AK-47. The initial description of the AK was:

The source goes on to further describe that the new submachine gun looked like the “German World War II SMG.” Apparently, the intel source’s description was a bit of a mash-up between features of the MP40 SMG and the MP44/StG44 assault rifle.

Furthermore, new recruits were not allowed to see the SKS or the AK-47 until they had taken the oath of allegiance at the end of their basic training period. A crude sketch of the AK-47 was provided in this report and it is included here.

The next big piece of intelligence data I found on the AK-47 came from a CIA report dated April 27, 1955, titled “New Soviet 7.62mm Submachine Gun, Model PPK (PistoletPulemetKalashnikova). Again, the Soviet sources refer to the weapon as a submachine gun, this time with the odd “Model PPK” nomenclature.

This report describes that in July 1954 six AK weapons were brought to the 135th Air Warning Battalion and were stored under lock and key with the Model SKS 7.62mm carbines. The AKs were assigned to NCOs and could only be drawn from supply on the order of the platoon sergeant or an officer. It was noted that the ammo was the same as the SKS carbine, and that six “curved box” magazines were issued with each AK. Some of the rifles were stamped “1953”.

Target practice was conducted near then Soviet-occupied Rodaun, Austria, and the AKs were fired semi-auto as they were zeroed in. Following this, three-round bursts were fired from the prone position at silhouette targets from a range of 200 meters. Each NCO was expected to hit each silhouette target at least once. The report describes the shot grouping as “terrible.”

The source describes that the Soviet unit’s political officer proclaimed that the AK-47 was a “secret weapon” and that all knowledge of the AK must be kept away from the Austrians. When the AK-47s were taken to the range they were kept in a covered truck so as not be seen.The report also claims that the only chance for a civilian to see an AK-47 was at the Battalion HQ where one guard carried one at the motor park. At that point it might have been possible to see the weapon through a wire fence at about 40 meters.

The Soviet source evaluated the AK-47 as:

It took the Soviets longer to produce and deploy the AK-47 (and the SKS) in significant numbers than was expected. The first known combat use of the weapon came during the Hungarian Revolution of 1956. Throughout the 1950s, the Soviets kept the AK-47 to themselves. A detailed 1954 report from an East German defector makes no mention of the SKS or the AK. The first mention I found of the AK-47 in the hands of Warsaw Pact nations is in a CIA report from Poland dated March 31, 1960. The gun is called an AK-47, but it is still referred to as a submachine gun.

When Cold War tensions escalated dramatically in Berlin during August 1961, Soviet troops deployed to that troubled city as the Berlin Wall was constructed. Some of them carried the AK-47, and the weapon was recognized and photographed.

At some point during 1960-1961, the U.S. military obtained one or more examples of the AK-47, and these were soon tested against the rifle designs in service with (or proposed for service) with U.S. forces.

The U.S. Army Combat Developments Command Rifle Evaluation Study of December 1962 reviewed the M14, AR-15, AK-47 and the Special Purpose Individual Weapon (SPIW). The stated criteria for the evaluation of the weapons were: reliability, durability, lightweight, simplicity, accuracy, flexibility, lethality, human engineering and position disclosure. The U.S. Army’s longstanding disdain for assault rifles like the AK-47 was summed up in one short but completely damning conclusion:

“The AK-47 is basically a submachine gun and is inferior to the M14 and AR-15 in range, effectiveness, ammunition lethality, and other desired rifle characteristics.”

Again, the U.S. Army denounces the AK-47 as a submachine gun, even in their own report about a rifle evaluation study. At the same time, photos of an AK-47 at Springfield Armory in Massachusetts (dated October 1961), carry the handwritten description of the assault rifle as a submachine gun.

It seems that it took until at least November 1965 and the battle of Ia Drang before the U.S. military stopped calling the AK rifles “submachine guns.” The NVA and Viet Cong carried many actual submachine guns (the K-50M, PPSh-41, Type 50, PPS-43, Type 54, plus captured U.S. Thompson and M3A1 SMGs) along with their SKS carbines and AK-47 assault rifles. American combat troops were quick to recognize the AK-47’s strengths as a powerful weapon, particularly in the jungle.

As the Vietnam War progressed, the AK-47 became well-known to U.S. and Allied forces. The ridiculous description as a submachine gun disappeared. “Assault rifle” became a commonly used term to describe the weapon, although it is hard to find two people in complete agreement of what that term really means. Throughout the conflicts of the 1970s, the AK-47 was on its way to becoming the most produced and most recognizable firearm in history.

Editor’s Note: Be sure to check out The Armory Life Forum, where you can comment about our daily articles, as well as just talk guns and gear. Click the “Go To Forum Thread” link below to jump in!