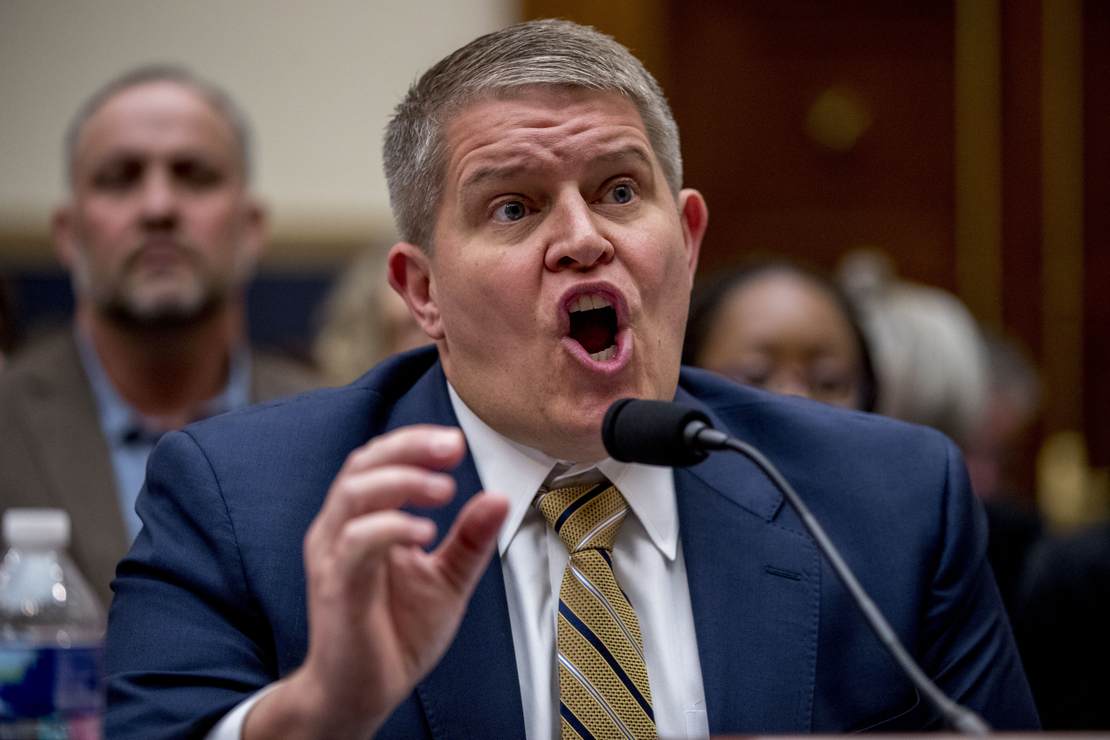 While President Joe Biden claimed he wanted to create unity, the fact that there is a David Chipman confirmation hearing suggests otherwise. Chipman, a former ATF agent and advisor to anti-gun groups, has made his opinions about the Second Amendment and gun owners very clear.

Yet he’s who Biden tapped to lead the agency most likely to cause problems for gun owners.

With that confirmation coming up this week, don’t expect there to be a whole lot of other news at the national level.

Even in rough-and-tumble 21st-century Washington politics, the confirmation process for director of the Bureau of Alcohol, Tobacco, Firearms and Explosives can be brutal.

One former ATF agent once likened it to walking into a buzz saw.

That has set the stage for what will likely be a tough confirmation fight in an evenly divided Senate as the Biden administration seeks to combat what the president has called an “epidemic” of gun violence. That fight will kick off in earnest starting Wednesday, when Chipman is slated to appear before the Senate Judiciary Committee for a confirmation hearing.

Since then, he has become an outspoken advocate for gun violence prevention. He has advocated for tougher gun laws, including limits on high-capacity magazines and an assault-style weapons ban.

He currently works as a senior policy adviser at Giffords, the gun violence prevention group led by former Arizona Rep. Gabby Giffords, who was wounded in a mass shooting in 2011.

Chipman’s policy positions and advocacy have won him plaudits — and support — from gun control advocates. But they have also fueled intense pushback from gun rights groups, including the National Rifle Association, Gun Owners of America and the National Association for Gun Rights.

And pretty much every other pro-gun group in the nation.

See, the problem with someone like Chipman is that you can’t trust him to look at the law and follow that. He’s made a career out of being anti-gun and anti-gun owner. We don’t like him not because of any reason other than we simply don’t trust him.

It’s because of this that you can expect these confirmation hearings to drive Second Amendment news for the next week.

It’s also yet another reason why the filibuster matters since his confirmation can be filibustered if needed. However, Chipman’s anti-gun history may be too much for some like Sen. Joe Manchin of West Virginia, which means Democrats may not have the votes for even a tie. Since a tie is their best-case scenario, with the vice president is the tie-breaker, there’s still a chance that Chipman’s nomination won’t be confirmed as permanent director.

The Chipman confirmation is a slap in our faces by a man who claimed he could unify a divided nation. While President Biden said he wanted to unify the country, picking someone like Chipman to head the agency responsible for not just enforcing gun control laws but also for interpreting those laws proves that he believes “unity” to really be “shut up and do what I tell you to do.”

Unfortunately for him, that’s not how we gun owners tend to roll.