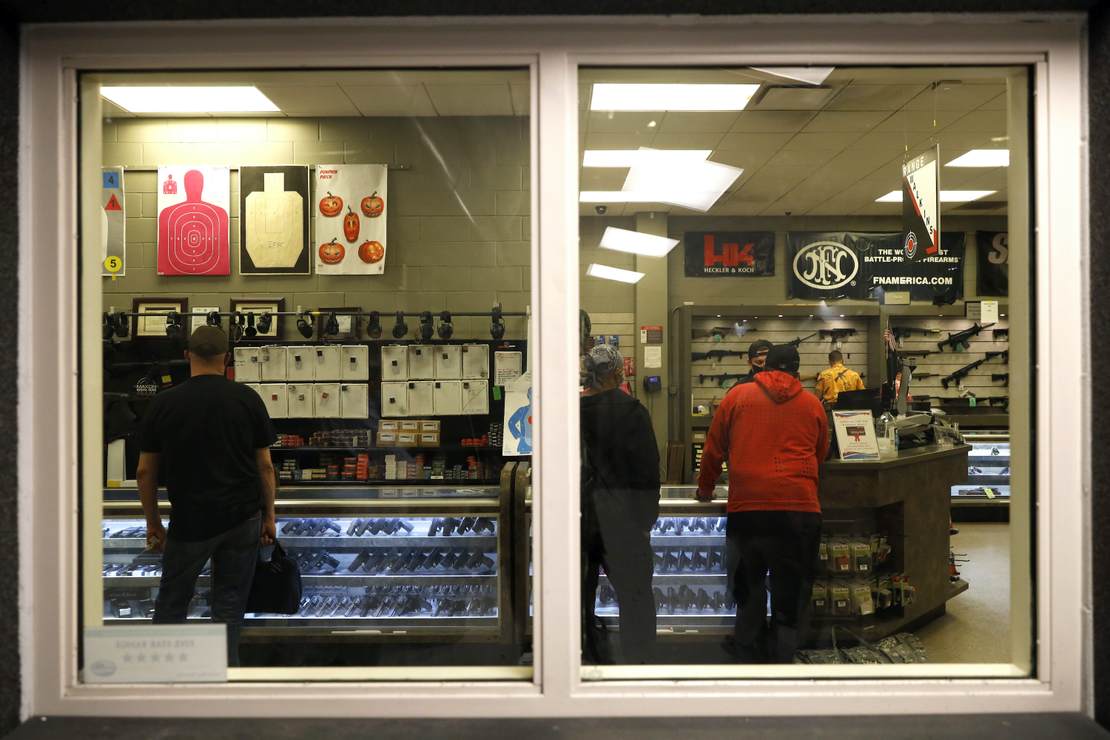 Now, anti-gun bias on the part of the media isn’t exactly a new phenomenon, but this report by CBS News is pretty egregious. The news network simply parrots the talking points of one of the biggest gun control groups around, without ever offering the slightest pushback or challenging their narrative.

A record number of gun sales along with the disruption to normal life by the coronavirus pandemic have contributed to a 25% surge in homicides and non-suicide-related shootings in 2020, according to a gun control advocacy group.

“What we know is the year will be remembered for two conflicting, compounding public health crises — COVID-19 and gun violence,” said Nick Suplina, the managing director for law and policy of Everytown for Gun Safety.

I don’t know about you, but I can think of two more “crises” that played out on the streets of American cities last year; the widespread riots, violence, looting, and destruction that began in the wake of George Floyd’s death in Minneapolis almost one year ago. Those riots led to calls to defund the police in many big cities, and those cities are now struggling to come to grips with fewer cops and more violent crime. Take Minneapolis, where staffing is so low that the city is now pleading for help from other agencies.

Suplina never mentions the riots and the resulting police pullbacks in his diagnosis of the “public health crises,” nor does he acknowledge that the COVID-19 shutdown orders crippled the criminal justice system, putting an end to jury trials and sending thousands of inmates around the country back onto the streets as officials tried to head off a pandemic in our penal system.

Nope, for Nick Suplina, the rise in violent crime can be attributed to just two factors; the economic impact of the coronavirus, and much more importantly, a record number of Americans buying guns.

An estimated 22 million guns were purchased in 2020 — a 64% increase over the previous year, according to Everytown’s report.

Commercial gun sales that aren’t going through a background check at all? That’s a complete lie, but rather than call Suplina out on his nonsense, CBS News is content to amplify it. I thought the B.S. in CBS stood for “Broadcasting System,” but I guess not.

I also don’t buy the idea that gun sales have led to the staggering increase in violent crime that began last year. After all, the last time we saw record-high gun sales was 2013, and violent crime actually declined that year. If gun sales alone are a proxy to measure violent crime, that wouldn’t have happened.

Something else is going on right now, but Everytown’s narrative is designed to push for more gun control laws, not to enlighten or inform the public about the real factors driving up crime rates.

With more guns being purchased and trafficked than ever, Suplina is calling for a nationwide mandate on background checks, “so that gun traffickers and criminals don’t go shopping across state lines.”

“We know that action needs to happen at the federal level — I think Democrats and Republicans in the Senate understand that too,” Suplina said. “We believe that there are negotiations occurring in Congress, that are occurring in good faith.”

“Not only is it popular, but it is critically necessary.”

There was a time when ardent anti-gun activists like those running Everytown for Gun Safety would have been publicly demanding more police and stronger enforcement of existing laws, but those days are over. Even though the gun control movement is based around the idea of creating new criminal offenses out of our right to keep and bear arms, gun control activists themselves have largely embraced the idea that “police violence is gun violence,” because they desperately need to stay in the Left’s good graces.

Now, they can’t even acknowledge that prosecutors in cities like Philadelphia and San Francisco are refusing to prosecute many violent offenses, while claiming that the solution to the rising violent crime is through adding new laws that are aimed at legal gun owners.

Again, I expect this from anti-gun outfits like Everytown for Gun Safety. It would be nice, however, if the media outlets who cover the gun control debate actually offer up real reporting instead of writing press releases like the one CBS News put out under the guise of journalism.