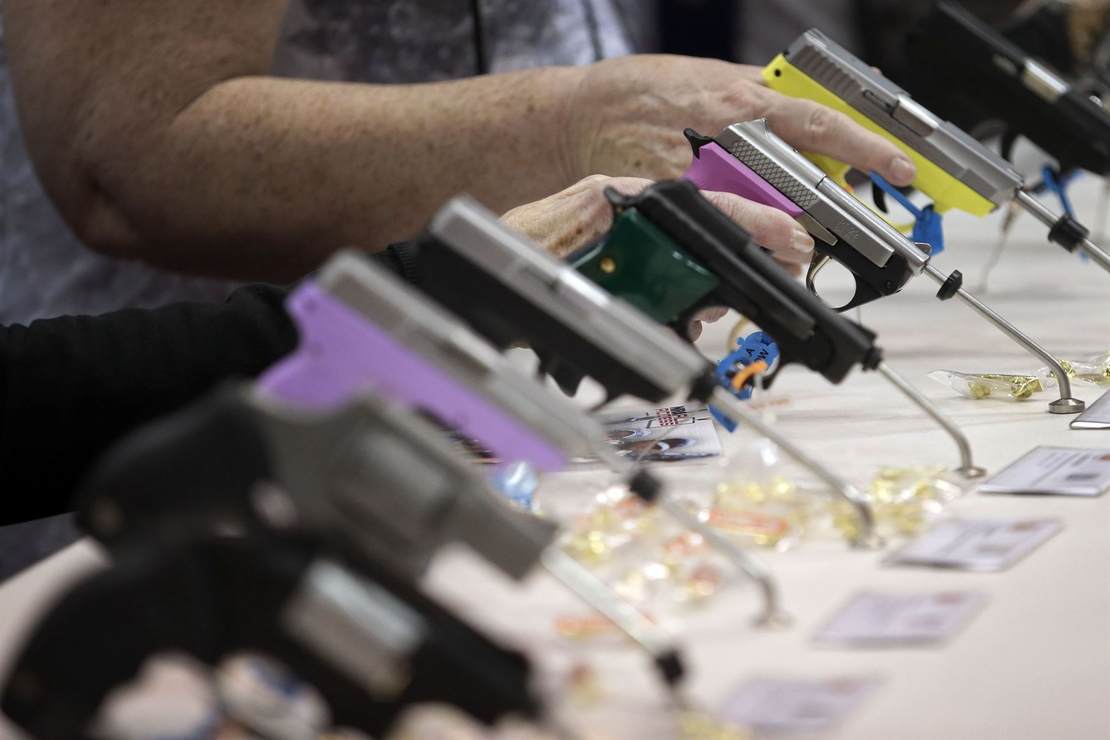 Since the push for universal background checks in Congress is looking increasingly likely to end in abject failure for gun control activists, the anti-gun movement is now casting about for their next quixotic quest to impose new restrictions on the right to keep and bear arms. Over at Vox, reporter German Lopez thinks he’s found the new shiny object for those opposed to our Second Amendment rights: mandatory gun licenses for all legal gun owners.

Before we get to why Lopez is off-base with his proposal, we should acknowledge the fact that he’s actually provided some helpful stats for those opposed to gun bans and universal background check proposals.

For one, the evidence on the effects of universal background checks and assault weapons bans is pretty weak. Several studies in recent years have found that universal background checks, at least on their own, don’t seem to have a big effect on gun deaths. Similarly, the research on assault weapons bans, including the national ban that Biden helped pass in 1994, found they have little effect on gun violence, largely because the vast majority of such violence is committed with handguns.

Lopez goes on to argue that gun licensing laws, on the other hand, have been shown to reduce homicides. For evidence, Lopez links to a study from the Bloomberg School of Public Health at Johns Hopkins University which purports that Connecticut’s gun licensing law led to a 40% decline in homicides, though the study neglects to point out that homicides across the country were declining over the same time period, including in states without gun licensing laws on the books.

The model for gun licensing laws, according to Lopez, is Massachusetts, where “obtaining a permit requires going through a multi-step process involving interviews with police, background checks, a gun safety training course, and more. Even if a person passes all of that, the local police chief can deny an application anyway. That creates more points at which an applicant can be identified as too dangerous to own a gun; it makes getting and owning a gun harder.”

I find it highly amusing that Lopez is arguing for giving the police broad discretion in deciding who gets to exercise their right to keep and bear arms, given that he’s previously declared that our policing system is inherently racist in practice.

In the case of police, all cops are dealing with enormous cultural and systemic forces that build racial bias against minority groups. Even if a black cop doesn’t view himself as racist, the way policing is done in the US is racially skewed — by, for example, targeting high-crime neighborhoods that are predominantly black.

These policing tactics can also create and accentuate personal, subconscious bias by increasing the likelihood that officers will relate blackness with criminality or danger — leading to what psychologists call “implicit bias” against black Americans.

Combined, this means the system as a whole — as well as individual officers, even black ones — by and large act in ways that are deeply racially skewed and, potentially, racist.

Hmmm. What should we make of the fact that German Lopez believes that police enforce the law in a “racially skewed manner”, and he also believes that police should have sweeping authority to decide who gets permission to own a gun? I’m not going to suggest that Lopez himself would be fine with the disproportionate impact that his gun licensing scheme would have on Black and Brown gun owners, but I don’t think he’s really thought through his own positions to their logical conclusion.

Well, consider this food for thought, German. Whether you like it or not, if the system of policing is racially skewed, then giving police the ultimate authority to pick and choose who can exercise their Second Amendment rights is going to lead to some racially disparate outcomes. In fact, in North Carolina, where everyone who wants to buy a handgun must first obtain a pistol purchase permit from their local police chief or sheriff, a recent study concluded that Black applicants in Wake County were three times less likely to get a purchase permit than White applicants.

Lopez might view that as an acceptable outcome if it could lead to less violent crime, but I see it as racist remnant of the Jim Crow era that needs to disappear, and certainly shouldn’t be expanded to other states or imposed at the federal level.