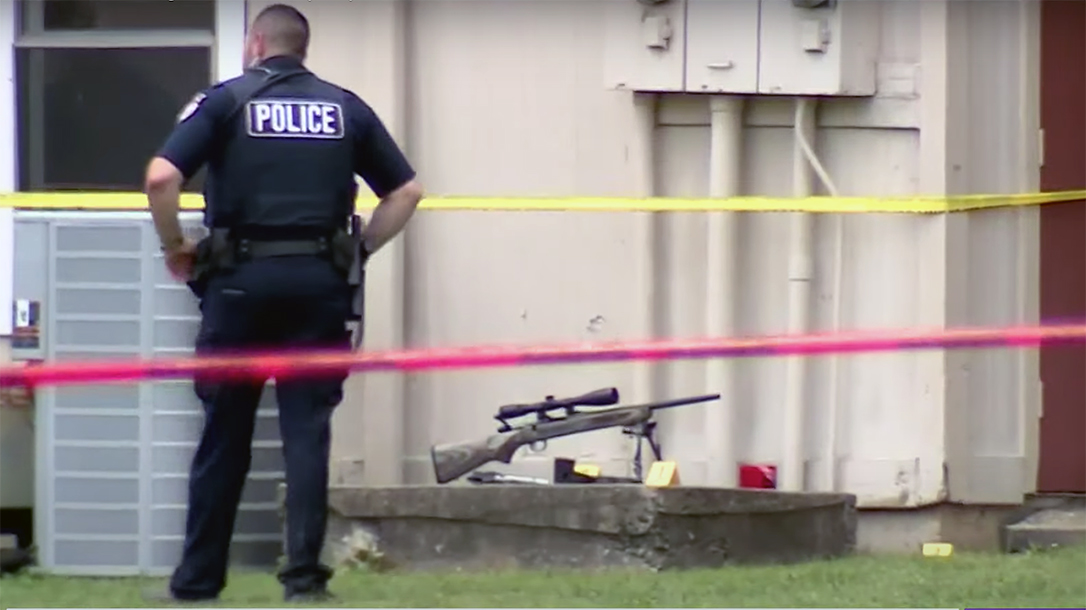 When stories like the following don’t receive national attention, they serve as proof that the anti-gun mainstream has no interest in truth. Because an armed citizen used a rifle to save lives recently in Fort Smith. He used it to fatally stop an Arkansas active shooter, putting down a mass shooting in progress after the very first fatality. Quite simply, it goes against the gun control narrative.

An unidentified man used a rifle to shoot and kill 26-year-old Zachary Arnold. The shooting took place at a Fort Smith apartment complex May 15. Unfortunately, the armed citizen took down the gunman only after the tragic killing of 87-year-old Lois Hicks, reported 5 News.

The incident began when Arnold reportedly setup with a rifle of his own outside the complex, reported 5 News. From there he started by shooting Hicks multiple times. Authorities later found her dead inside her own apartment. After shooting Hicks, Arnold yelled repeatedly, trying to convince other residents to step outside, where he lay in wait.

“He was yelling and screaming, ‘You guys get out here, come out here, everyone get out of this building right now,'” said resident Janey Peugh, reported 5 News.

Arnold’s insane scheme was just beginning to work. A pair of women reportedly came close to suffering the same fate as Hicks.

“There were two older women, both had come out. One of them had ran back in, and the other one ran back in, but she didn’t close her door, then he walked in and did what he did,” said resident Amber Lane, reported 5 News.

At this point many neighbors figured out they were pinned down. As they sought cover from the gunman, the unnamed resident retrieved a hunting rifle and finally ended the threat.

“If he didn’t do that, who knows how much worse it could have gotten,” Lane said, reported 5 News.