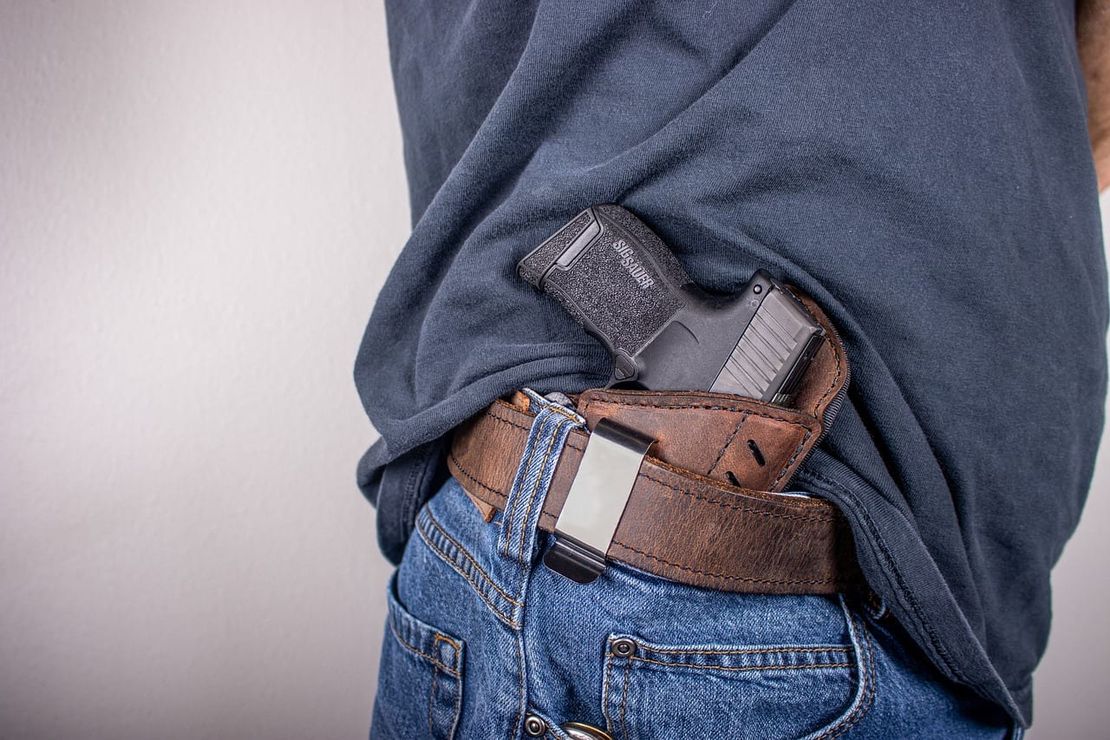 The current fighting between Hamas and Israel has spilled over into the United States this week, and it’s getting ugly out there. In New York City, there were several incidents on Thursday where pro-Palestinian mobs harassed Jewish diners at a restaurant, and apparently even detonated some type of explosive device in the city’s Diamond District.

We’ve seen similar acts of harassment in other cities, including Bal Harbour in south Florida, where Eric Orgen says he and his family were faced with a scary situation as they were simply walking down the street.

“They just started screaming some derogatory things towards Jewish people out the window,” Orgen told CBS12 News. He says they said things like, “Free Palestine, die Jew, F you Jew, I’m gonna rape your wife,” and even threw garbage at Orgen and his family.

“My first thought was just making sure my wife and daughter were behind me so I could take the brunt of anything that was going to happen,” Orgen said.

Orgen says as the men were hurling abuse (and trash) at him and his family, another stranger driving by saw what was going on and stopped his car.

“The guy in the car behind them saw everything go on,” Orgen said. “I saw him pull a gun and get in between – I mean he was almost there as our guardian angel just protecting us. I think once they saw him they just took off.”

Like the vast majority of defensive gun uses in this country, the armed citizen didn’t have to pull the trigger to defuse the situation. Thankfully the presence of the law-abiding gun owner was enough to stop the harassment from escalating any further.

As WPEC-TV notes, incidents like this were on the rise even before Hamas launched its latest rocket attacks on Israel and the nation responded with airstrikes, but things have gotten much worse over the past week.

Just last week, at a pro-Israel demonstration in Boca Raton, a van covered in anti-Semitic graffiti drove through the crowd shouting racist slurs before police chased them away.

Meanwhile, back in Bal Harbour, the mayor has a strong message to anyone who tries to spread anti-Jewish hate in his city.

“The purpose of these attacks is clear,” Mayor Gabriel Groisman told CBS12 News. “It’s to put fear into the Jewish community’s hearts, and to the perpetrators of this attack, they must know that they will fail. We’re a strong community and a proud community and we stand strong with Israel and no amount of attacks or intimidation is going to work.”

While I’m extremely glad that an armed citizen was able intervene and non-violently put an end to the harassment of the Orgen family, I’d also encourage Eric Orgen, his wife, and other members of the Jewish faith to be their own guardian angels. Get a gun, get some training, and get your concealed carry license. Just like the police won’t always be there to protect, an armed citizen may not be around when you need one.. unless you are the armed citizen. It’s getting ugly out there, and you need to be able to protect yourself and the people you love when the hate turns to violence.