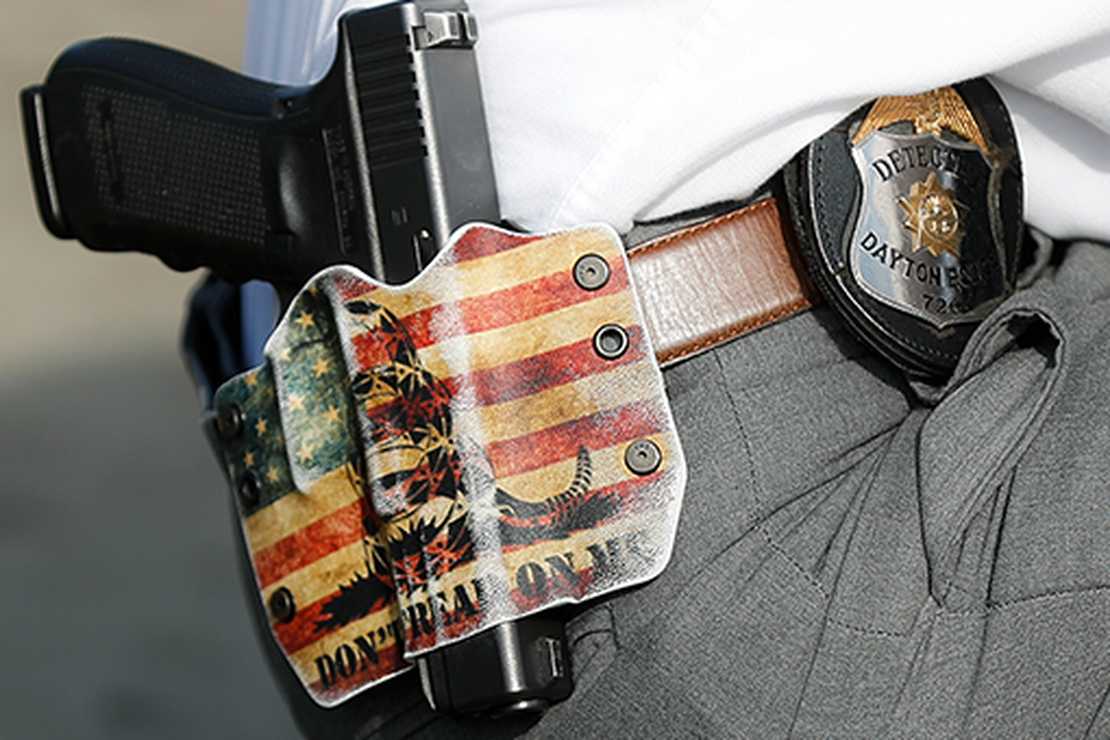 Mobile County Sheriff Sam Cochran isn’t backing down from his firing of state Rep. Shane Stringer, who’s served as a captain in the sheriff’s department since 2018. As we first reported yesterday, Cochran terminated Stringer’s employment after the Republican lawmaker and law enforcement officer introduced a permitless carry bill in the state, but has faced a growing backlash from local residents and media outlets like this one.

On Monday, Cochran took to the Mobile airwaves to try to do some damage control, telling local talk show host Sean Sullivan that the firing was justified because Stringer’s role as a captain in the sheriff’s department was a “political position.”

“In Mobile County, when you’re elected sheriff, you’re allowed to make five appointments,” he said. “So you appoint five people. You can call them political appointments if you will — but people to be on your staff to follow your same philosophy, to help you develop policy and procedures and stuff, and how you’re going to be. When somebody is on your staff, you’re supposed to be a team together. I had a right to make that appointment. I feel I also have the right to make sure I have somebody that has my same or the staff’s philosophy. Me and Shane have been friends for many, many years, worked together. He last worked for me before this time as a sergeant with the sheriff’s office. Then he left and became chief in Citronelle, then he left and went to Satsuma. We continued to work together.”

“As best I know, all those years as chief of police, he was opposed to constitutional carry, and even open carry all those years,” Cochran continued. “And even his first year in the legislature, when he was working for me — he fought against these same bills. But over the last two years, he’s evolved and has changed his philosophy, and I guess you could say political position on it. … Three weeks ago, he introduced a bill. There was already a bill saying the same thing. But he introduced another bill, and I thought, ‘Wow, this is kind of interesting.’ But, I guess, quite frankly, what kicked it off was he came home and at Fowl River, was at a political event, and was talking about how he tried to get constitutional carry passed and didn’t get it this year. Will hopefully get it next year, and sayings it’s not a constitutional right to have to pay a fee, or something, for a gun.”

“Well, this philosophy that he had just didn’t comport with mine or my staff members, and we’re a team,” he added. “Now, if he were still a sergeant, rank-and-file, or not a political appointee, I wouldn’t have had a problem with it. That’s his right. But if he’s going to be part of my team, working for and going against our position and the sheriffs association position. The sheriffs association has a lobbyist arguing against a bill up there, and Shane is in that committee and votes against us. And again, I get it from law enforcement and police chiefs — what is Shane doing. He’s changed.”

That’s a lot of words when “I fired him because I disagree with him on Constitutional Carry” would worked just as well, and the fact that Cochran is trying to explain away the politically motivated firing by claiming that Stringer’s hiring in 2018 was politically motivated as well isn’t the great argument that Cochran thinks it is. The sheriff acknowledges that Stringer is a good police officer and has worked well in the department, but none of that matters if the state representative is going to have a “different philosophy” while serving at the state capitol.

As I said yesterday, Cochran effectively wants veto power over his employee’s political decisions as a state representative, and the sheriff knows his decision is unpopular, particularly with Republicans in the state. In fact, on Monday John Wahl, the chairman of the Alabama GOP, called the sheriff’s dismissal of Stringer another example of cancel culture.

“I think it’s disappointing,” Wahl replied. “But for me, there are two issues here. One, the party always has to stand on its party platform. We passed a resolution in support of constitutional carry as the state executive committee. The platform of the party is ‘we defend the Second Amendment. We are pro-gun.’ We want people to have their right to carry. That platform is our base. It is like our constitution. And so, we must remain true to that. It’s sad to me that Republican officials do not agree with that principle. But it is our duty to defend that and to support people who support the right to carry. That’s our top priority.”

“Another thing that I really hate that has come about with this situation is this whole cancel culture,” he continued. “I think if I’m going to challenge that with Democrats on the national level, I have to be consistent. And I think that’s unfortunate that we’re seeing a cancel culture that’s creeping up into every area in our life. But that’s just a reality of politics today.”

If Stringer had come out against Constitutional Carry, the GOP majority in the state legislature might have complained about his position, but I doubt they would have stripped him of committee assignments or kicked him out of the caucus over it. Similarly, Cochran could have made it clear that Stringer wasn’t speaking for the Mobile County Sheriff’s Office when he backed permitless carry, but instead he simply gave Stringer the axe.

I wouldn’t call this cancel culture, but authoritarianism on the part of Sheriff Cochran. The sheriff hired Stringer after the 2018 elections in which Stringer was elected to the state House, and he had to know that there might be times when the pair would disagree on issues. If Cochran couldn’t handle that, he never should have made Stringer a captain in his department in the first place. The sheriff may have had the authority to dismiss Stringer, but he’s going to have to live with the political consequences, and I suspect that the voters will give him his own pink slip if he decides to run for re-election next year.