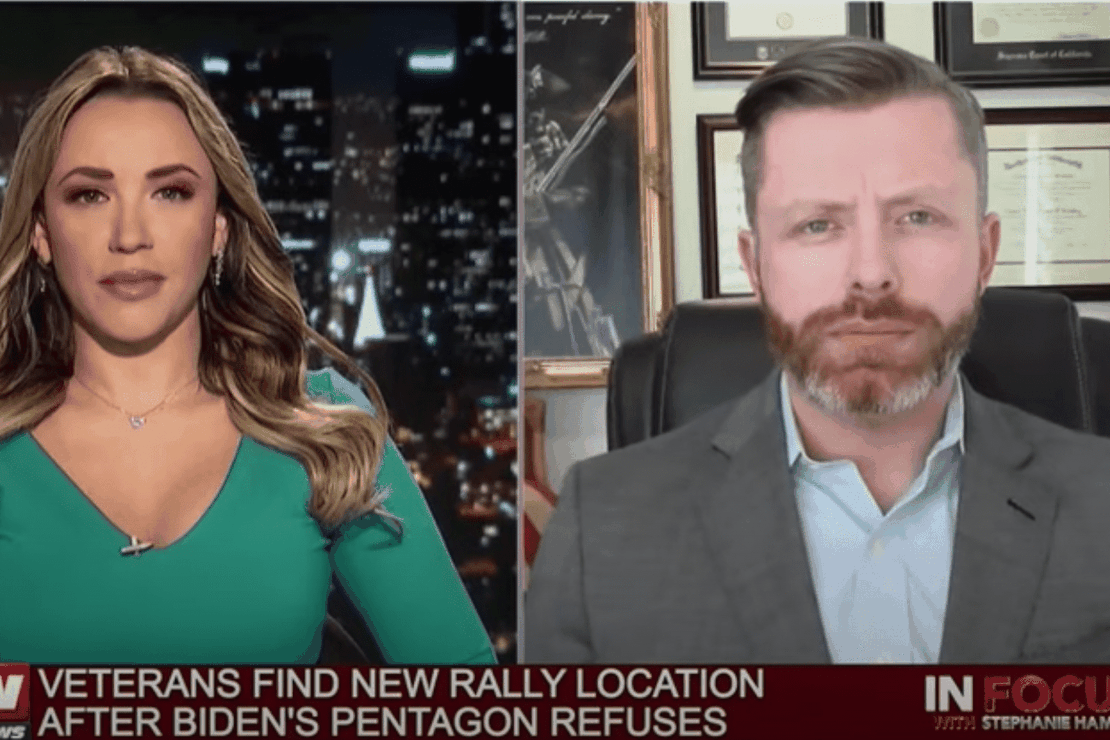 Black Lives Matter (BLM) is a group that many claim is just wanting to make the world better, that they’re making a stand for black lives because absolutely no one else will.

And, really, if that’s all there was to the story, I’d be fine with that. After all, black lives actually do matter, just like Asian lives, Hispanic lives, and yes, white lives.

However, there’s a degree of insanity that enters any discussion of BLM. Take this headline from Raw Story: “‘Why are we not subsidizing guns?’ OAN guest says white people deserve free guns to protect them from BLM.”

Yet, the guest in question didn’t say anything about white people.

Conservative activist Rogan O’Handley argued over the weekend that the government should provide firearm subsidies so that people can protect themselves from “looting, violence and murder” that he blamed on Black Lives Matter.

O’Handley made the remarks while appearing on OAN, a conservative news channel.

“America owns more guns than 50% of the planet,” O’Handley said. “There are more guns than people in this country. God bless the Second Amendment and our Founding Fathers. I am absolutely loving seeing these huge, huge gun numbers.”

But, where’s the part where he said white people should get free guns.

Well, here’s the video itself.

Oh, wait, he doesn’t say any such thing.

First, “subsidize” doesn’t automatically equal free. It tells you a lot about the mindset of the writer, though, and we should remember that when they call for subsidizing anything.

Second, there’s absolutely no mention of white people. Instead, he’s arguing for subsidizing guns for American people, that’s it. Not white, not black, not brown, not Asian, but any American.

Now, I don’t agree with him. I don’t want taxpayers subsidizing pretty much anything, but if we’re going to subsidize things, gun ownership isn’t a bad place to do it. After all, it can be justified under national defense.

The thing is, the threat from BLM isn’t against white people necessarily. Much of the death and destruction that follows BLM riots are in black neighborhoods. Black people also represent one of the largest growing markets for gun manufacturers in the nation. That’s right, a lot of these new gun buyers are black, and guess what? Gun rights advocates absolutely LOVE IT!

In other words, like so many other so-called journalists, he’s lived his entire life in a progressive bubble and simply believes he can make assertions like this because it’s the truth. Meanwhile, the rest of us know better.

This is what we’re dealing with. If you call for gun rights in response to BLM’s shenanigans, you’re racist. In fact, any criticism of BLM is racist. Everything is racist, apparently.

But, the truth of the matter is that the real racism is believing that black people don’t take their Second Amendment rights seriously, particularly when more black Americans are embracing and exercising their right to bear arms.