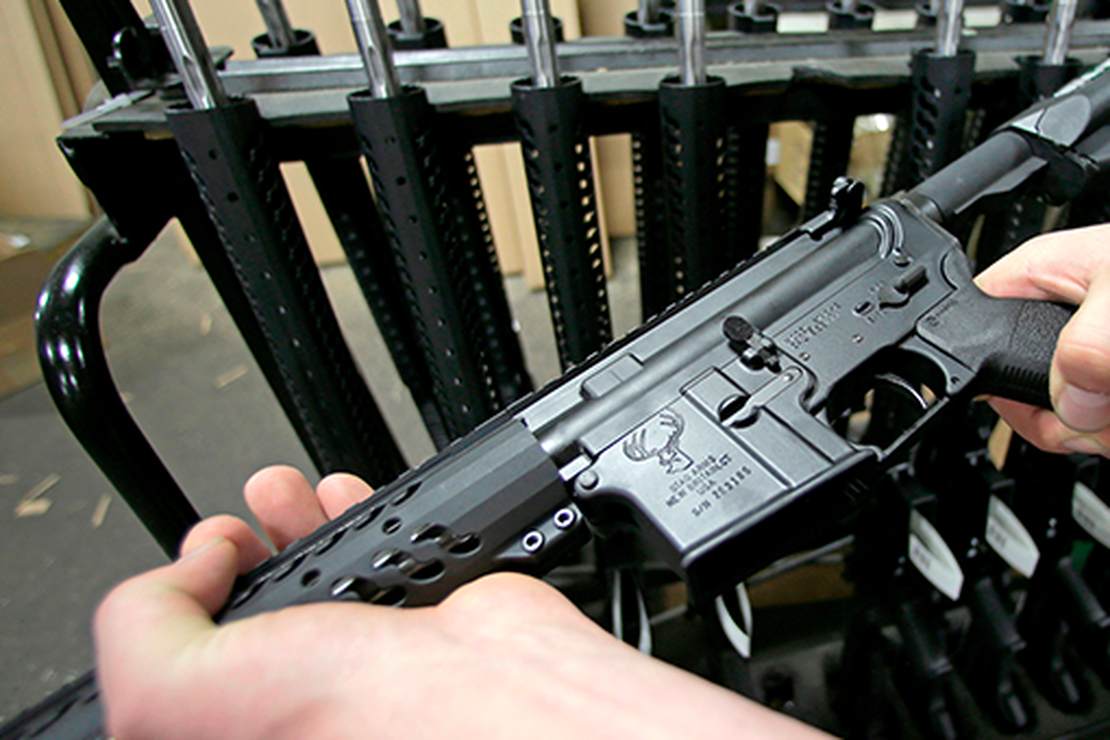 Sanctuary states are wonderful things. Basically, a state says they won’t enforce federal law, which they can get away with. It doesn’t mean the laws don’t exist, it only means that everyone in the state is going to ignore them and pretend they don’t exist. Kind of the same thing, really, but one can likely pass a legal challenge and another can’t.

The problem is that there just aren’t enough of those around. We need 50 sanctuary states and we’re never going to get that many.

However, we do have one more now.

Idaho Gov. Brad Little has signed legislation aimed at thwarting a half-dozen executive actions by President Joe Biden to combat gun violence. The new law came less than a week after a shooting at an eastern Idaho middle school injured two students and a custodian.

The measure passed the Idaho House and Senate with veto-proof majorities. It also carried an emergency notice, meaning it went into effect with Little’s signature.

The new law is retroactive to Jan. 20, the day Biden was sworn in as president. It prevents all Idaho government entities from enforcing executive orders, federal laws, treaties, agency orders and rules of the U.S. government involving firearms, firearm components, firearm accessories or ammunition that conflict with the Idaho Constitution.

Idaho already has in place legislation from 2014 stating that the state’s government cannot enforce federal actions that infringe upon Second Amendment rights. The additions to that law added by the legislation signed by Little seek to prevent Biden’s executive actions from being enforced in Idaho.

Honestly, that was smart on the part of the Idaho legislature. They’re making sure there’s no ambiguity that could potentially be exploited.

Of course, Idaho has a history of understanding just how bad enforcement of federal gun laws can go. After all, I’m sure many in the state still vividly remember Ruby Ridge, where federal authorities killed two members of Randy Weaver’s family in what originated as a raid over an allegedly illegal firearm.

Weaver was acquitted of all charges, but the animosity remains within the gun community to this day, and for good reason.

It’s not surprising that they wouldn’t want more of that kind of thing in Idaho. I don’t blame them.

Now, it’s worth noting that Idaho was already a sanctuary state, so it’s probably not accurate to describe them as “one more” like I did, but I do applaud them nonetheless. They could have just sat there contented with their existing law, but now they’ve ramped it up a bit more to make it very clear to federal authorities that if they want to go after guns, they’d best not turn their eyes to Idaho.

Frankly, I’m more alarmed that more states aren’t doing it, especially states that like to think of themselves as conservative. Then again, a lot of lawmakers like to say they’re conservative, but they don’t bother doing anything one could really think of as conservative.

In Idaho, it’s clear they don’t have that issue.