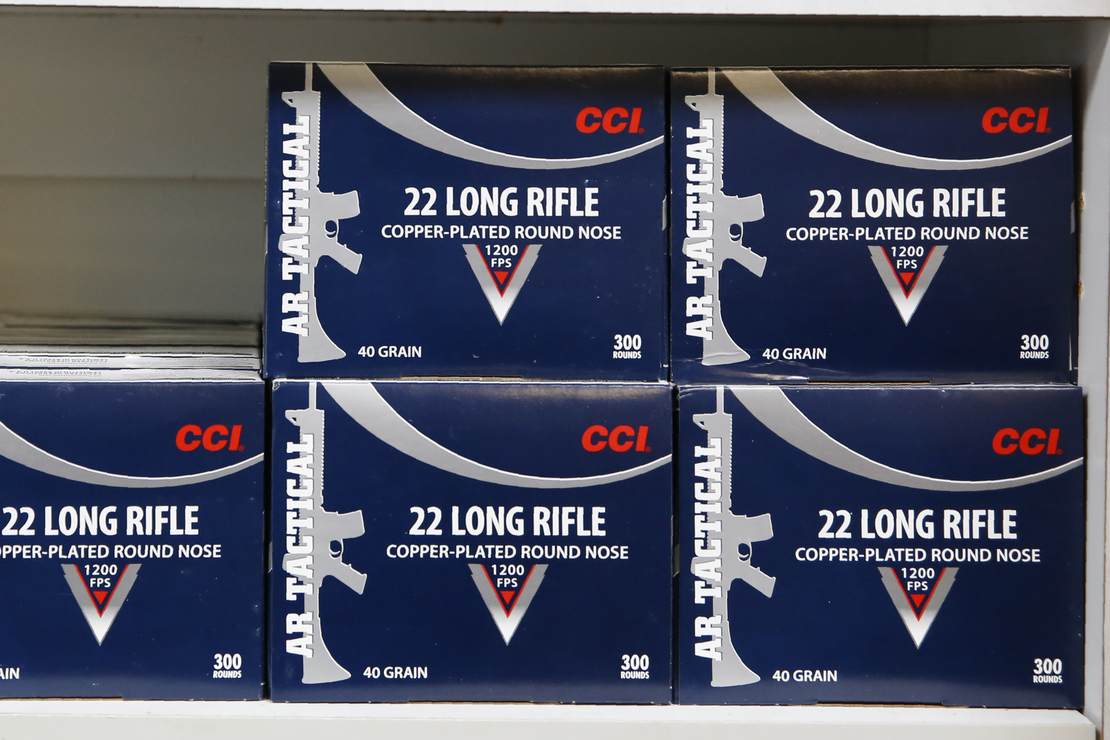 No one is happy that we’ve got an ammo shortage. Well, I’m sure anti-gunners are absolutely loving it, which may be why so many people are now thinking about ammo control. But for we normal, well-adjusted gun lovers, a shortage of ammunition is hardly grounds for a good time.

All over the country, shooters are feeling the effects.

Sport shooter Gary Blackard knew a man who went to Walmart every morning at 6 to buy all the .22 Long Rifle ammunition he could find. He would then go to GunBroker.com and sell it for $40 – nearly double the price he paid in-store.

Practices like these are the result of recent ammunition shortages as gun stores nationwide see empty shelves and a skyrocket in demand.

Ammunition shortages are not uncommon. They occur roughly every four years with presidential elections, as gun owners grow weary of new firearm legislation and talks of gun control.

This year’s shortages, however, have reached new levels. The coronavirus forced manufacturers to operate at limited capacity, leaving a small supply to satisfy demand that resulted from concerns related to political changes, civil unrest and an unprecedented global pandemic.

To meet the demand, gun stores and major sellers, such as Walmart look to manufacturers for their next shipments. At the end of the year, the president of Federal, CCI, Speer and Remington ammunition companies released a video assuring consumers that bullets were being made as fast as possible. In the meantime, stores like Big Daddy Guns are left wondering when they will receive shipments, even for items they have on backorder.

“It’s kind of like Christmas,” he said. “We get a bunch of boxes, open them up and see what we got.”

Northern Florida is especially impacted by the shortage because many hunters head to the region for deer season and hunting other game. Hunters don’t use as much ammunition as sport shooters, but they are still unable to find the bullets they need – unless they pay an elevated price.

Rudy Dominguez hunts in Lake City. He said the lack of ammunition and the inability to go to shooting ranges leaves hunters unsettled, even if they’re only preparing for the next season.

Well, in fairness, it leaves me more than a little unsettled.

We all know that one of the most important things you can do as a shooter is train. Yet every training class worth a damn tells you to bring a lot of ammo. Without that ammo, there are no training classes for us. There’s no range time. All of the things we do to be responsible gun owners go out the window simply because the ammunition isn’t there.

So yeah, it’s a little unsettling.

Hell, even reloading supplies are in high demand, making even that option trickier to pursue.

However, don’t expect to see much of a change in the near future. We’re likely looking at this for the next couple of years unless something odd happens. Ammo companies are trying to ramp up production, from my understanding, but there’s only so much they can do without building additional factories, and that is expensive. No one is sure the demand will last that long.

Still, people are dealing with this. Tell us what your experiences are like.