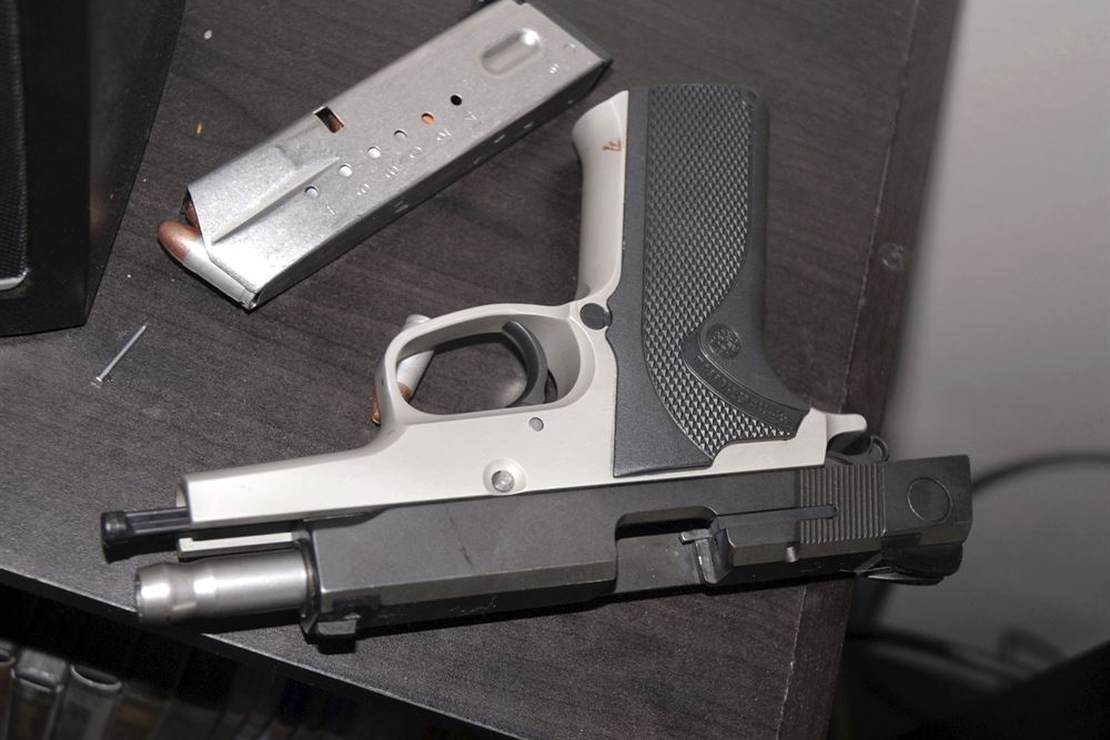 A New York man who was suspected of using a stolen credit card is going to be spending the next couple of years behind bars, but not for anything having to do with theft or fraud. Instead, 50-year old Joel Anzalone was sentenced to three years in state prison on Thursday on a charge of attempted criminal possession of a gun.

What’s odd about this case is that Anzalone wasn’t actually armed when he was arrested. Instead, as officers were in a Buffalo department store reviewing surveillance footage, trying to spot the suspect using the credit card, which had been discovered in a stolen vehicle the day before, Anzalone walked back in to the store. Since he matched the description of the suspect in the surveillance footage, officers attempted to take him into custody.

When detectives confronted Anzalone in the parking lot to put him under arrest, he refused to turn his vehicle off and drove away. A detective was partly in the vehicle but was able to free himself. In the process of freeing himself from the moving vehicle, the detective’s holster and firearm fell off into Anzalone’s fleeing vehicle.

Anzalone was sentenced on one charge of second-degree attempted criminal possession of a weapon. He will spend three years behind bars, followed by three years of post-release supervision.

Why would Anzalone take a plea bargain for a gun charge when it doesn’t sound like he intended to get the detective’s gun? Probably because he could have been facing even more time behind bars if prosecutors wanted to get tough on him. As local television station WGRZ reported when Anzalone was arrested last September:

To say that Anzalone had an extensive criminal record might an understatement.

Records from the New York State Department of Corrections indicate he has been in state prison four times as part of a more than 30-year criminal history.

His latest brush with the law occurred in April, according to an article in The Buffalo News,which reported that Anzalone had been charged with robbery after surprising an Amazon delivery person by kicking him in the back of the leg, before he “pushed past him to get into the vehicle and drove off.”

2 On Your Side checked with the Erie County District Attorney’s office to inquire why Anzalone was out on the street after just five months.

It turns out that the COVID-19 pandemic and a reluctant witness were both at play.

According to a district attorney’s spokesperson, prosecutors were unable to present the case to a grand jury due to the pandemic (grand juries were halted until July), and when they later tried to schedule a preliminary hearing to convince a judge to order Anzalone held, the key witness backed out of testifying, and Anzalone was ordered released.

Given Anzalone’s criminal history, prosecutors could have tried for a felon-in-possession charge, and could even have referred the case to the U.S. Attorney in Buffalo. If convicted in federal court, Anzalone would have been staring down the possibility of a five-year federal prison term, so the three-year state prison sentence probably looked like a pretty good deal for him, since he’ll likely be eligible for release well before his full sentence is served.

Of course, given Anzalone’s previous criminal history, it might not be long before he’s back in custody. Next time he’s facing arrest, I’d advise him to cooperate. At the very least he might spare himself a gun charge for accidentally taking an officer’s gun.