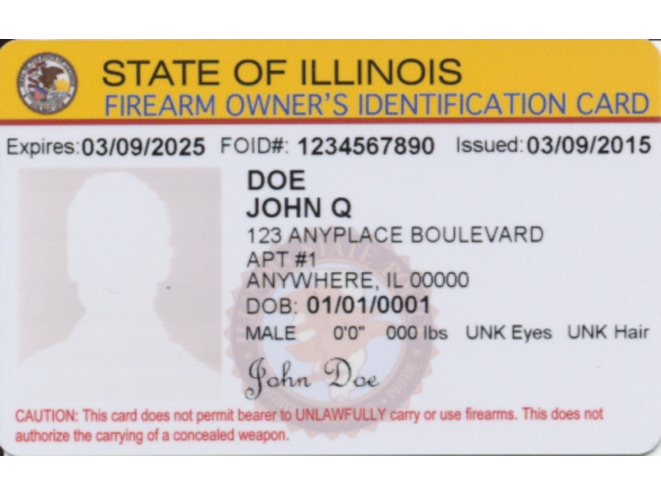 “Even though the Supreme Court left open the option of regulation to combat the dangers of gun violence in Heller, it is this court’s opinion that the FOID Card Act goes too far …,” wrote Judge Webb, reported Breitbart. “This act makes criminals out of law-abiding citizens who are attempting to protect their lives within their homes.”

In Illinois v. Vivian Claudine Brown, a gun owner faced charges for legally owning a gun but not obtaining a FOID card. Backed by several pro-gun organizations, the judgement becomes the second time a judge declared the FOID Card Act unconstitutional. The verdict resulted in dismissal of charges against Brown and her bolt-action rifle with no FOID card.

“The FOID Card requirement in order to exercise the constitutionally enumerated right to keep and bear arms under the Second Amendment clearly goes too far in this case,” said SAF founder and Executive Vice President Alan M. Gottlieb. “As White County Circuit Judge T. Scott Webb notes in his ruling, ‘It simply cannot be the case that a citizen must pay a fee in order to exercise a core individual Second Amendment right within their own home.’ For too long, Illinois has been treating this right like a regulated government privilege and that needs to stop.”

In his ruling, Judge Webb observed, “If the right to bear arms and self-defense are truly core rights, there should be no burden on the citizenry to enjoy those rights, especially within the confines and privacy of their own homes.”

The judge cited fees associated with obtaining the required card, expressing concern over those implications. “Any fee associated with exercising the core fundamental Constitutional right of armed self-defense within the confines of one’s home violates the Second Amendment,” Webb wrote, reported Breitbart.

“The idea that an Illinois resident doesn’t enjoy Second Amendment rights until he or she pays a $10 fee for a FOID card is outrageous,” Gottlieb said. “Nowhere should such a mandate be allowed to stand.”