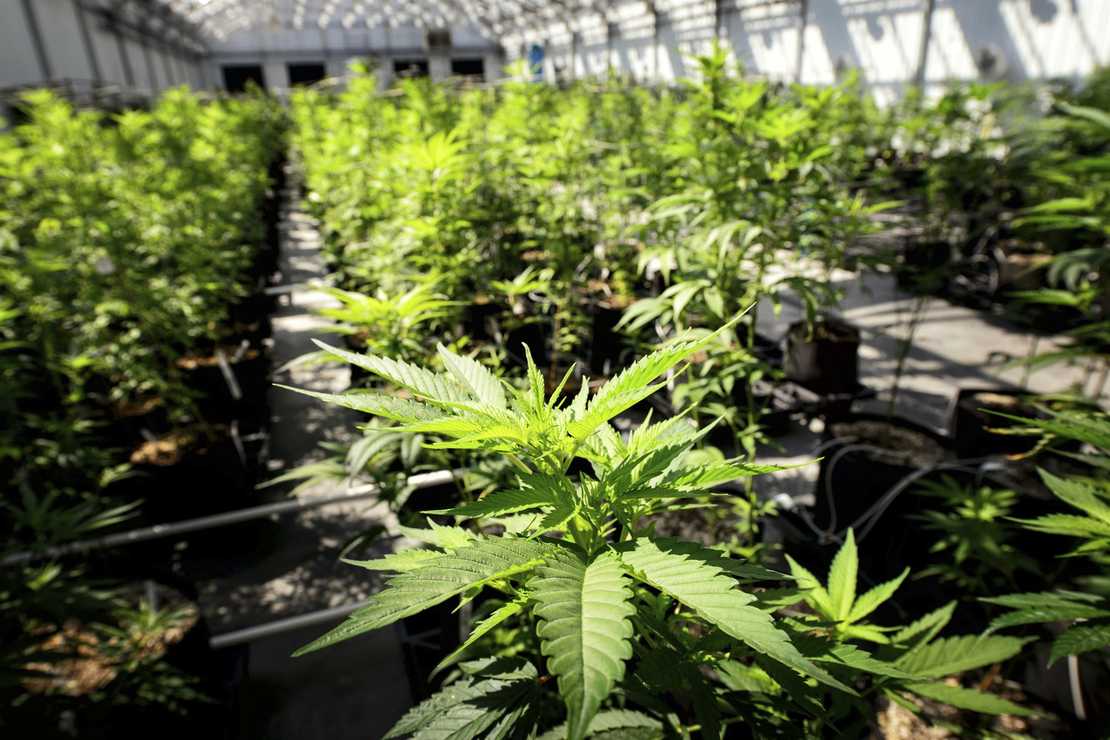 Despite the growing number of states that have legalized medical or recreational use of marijuana, it remains illegal under federal law for gun owners to smoke up, no matter if its legal in their state or not. Now, some Republican members of Congress are hoping to address the situation with the Gun Rights and Marijuana (or GRAM) Act.

HR 2830, which was introduced last week, would simply remove the federal prohibition on gun ownership and cannabis use in states where both are legal, according to co-sponsor Rodney Davis, a Republican from Illinois’ 13th District. In a press release, Davis argues that the federal government needs to get out of the way of states when it comes to the issue.

“State-legal marijuana use should not be used as a pretext to bar individuals from purchasing or possessing firearms, which is a clear and well-defined Constitutional right,” said Davis. “I’ve long believed that laws regulating the production and use of marijuana should be left to the states, not the federal government. With more and more states legalizing marijuana each year, we have to make sure that we are protecting the Second Amendment rights of Americans who reside in those states and use marijuana legally based on their state’s laws. I’m proud to introduce this bill with Congressman Young and look forward to working with him to move it through Congress.”

Rep. Don Young of Alaska is the primary sponsor of the GRAM Act, which he calls a “a critical step to protect our Constitution and secure individual liberty.” Somewhat surprisingly, Rep. Brian Mast, a Republican from Florida who’s previously called for a ban on modern sporting rifles, is also a co-sponsor of the new bill.

“It should be up to individual states to determine their own marijuana laws, not the federal government.  The Constitution says nothing about marijuana but the Second Amendment clearly outlines every American’s right to bear arms,” Mast said. “This legislation makes it so individuals who use marijuana in a State that permits legal adult-use are still able to purchase firearms.”

While I appreciate Mast’s sentiment, it’s odd to see him base his argument on support for the Second Amendment, given that he wants to outlaw the most commonly sold centerfire rifle in the United States.

Leaving Mast’s two-faced “support” for the Second Amendment aside, the GRAM Act itself is a good step forward. It’s insane that someone can be legally prescribed opioids and be able to legally purchase a firearm, but if they legally buy medical marijuana they could face prison time as a result.

As many of you know, my wife has been fighting lung cancer for almost five years now, but this has never been an issue for us because we live in Virginia, where cannabis is illegal. Well, technically medical marijuana has been legalized, but the state’s regulatory system is such a joke that it hasn’t been worth it for her to try to get her medical card and go to one of just five dispensaries across the state, none of which are close to us.

That will change starting July 1st, when she’ll be able to legally possess an ounce of marijuana or could even grow her own to help combat the nausea, fatigue, and loss of appetite caused by the cancer-fighting drugs that she takes. Still, if she decides to use cannabis medicinally, she could no longer legally buy a gun. This isn’t just absurd. It’s unconscionable.

Personally, I think the federal government should decriminalize cannabis completely, but since that doesn’t appear to be on the table at the moment the GRAM Act is worth supporting, and I hope that Republicans and Democrats alike sign on to the bill. You shouldn’t have to choose between your health and your right of self-defense, which is the case for millions of Americans.

Even when it comes to recreational use, the double standard is glaring. Drink as much alcohol as you want, but don’t dare toke up unless you’re willing to lose your right to keep and bear arms, even in states that have legalized recreational marijuana. The status quo needs to change, and the GRAM Act would be a huge step towards ensuring that people don’t lose their Second Amendment rights because they partake of something that’s legal in their own state.