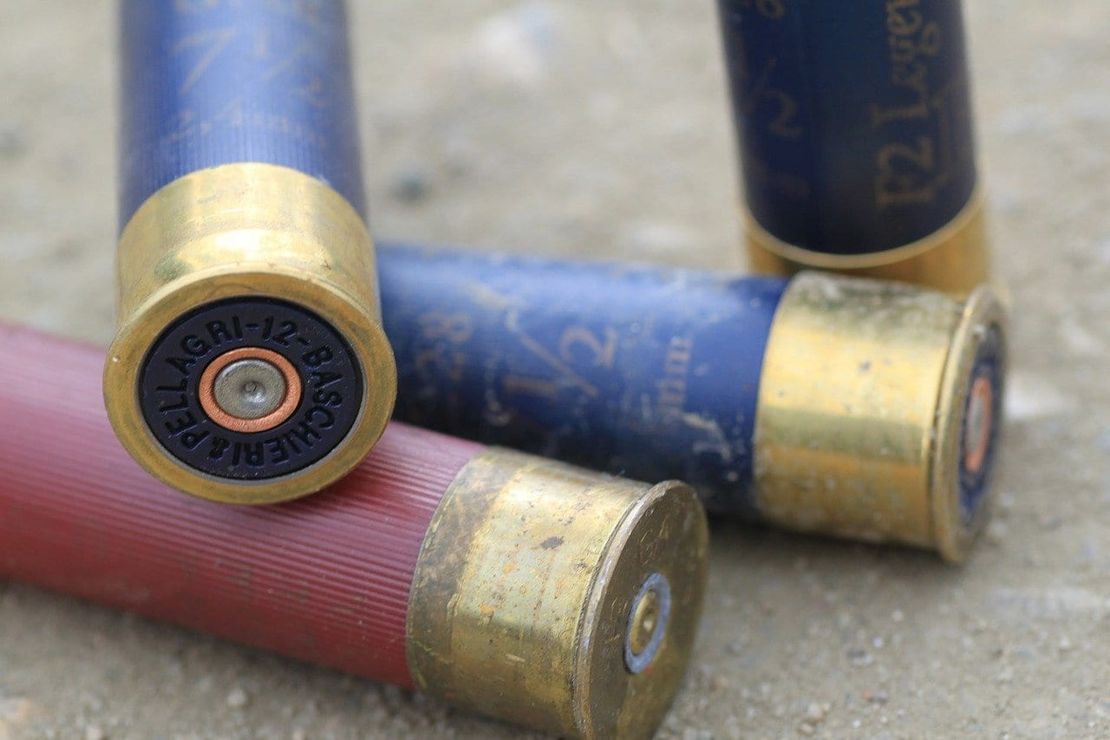 So-called “ghost guns” have been getting a lot of attention lately. Between pushes from the administration admonishing hobbyists from building their own firearms to a leaked AFT document discussing the serialization of blocks of metal, “ghost guns” and homemade firearms are the new bogeymen of the gun control world. In the real world, however, citizens have been building their own firearms dating back to before the founding of the Union. In fact, even in places where guns are strictly regulated and mostly prohibited, you still find individuals willing to build their own, as one recent event in the U.K. has show.

Alex Sartain killed next-door neighbour James Nash on 5 August after wrongly becoming convinced he was part of a Russian plot to spread Covid.

Mr Sartain died later that day when he hit a tree in the pursuit on the A343 near Hurstbourne Tarrant, Hampshire.

The coroner recorded a conclusion of death by road traffic collision.

Mr Sartain, 34, used a homemade shotgun during an attack on 42-year-old Mr Nash in his front garden in Upper Enham, near Andover, Hampshire.

Say it ain’t so, Sartain used an and quote “homemade shotgun”. There is no mention of whether or not Sartain had extensive experience using 3D printers. Nor was it noted that the perp has a machine shop that enabled him to turn an 80% lower shotgun receiver (if there is such a thing on the market) into a functioning gun. No; zero, zip, zilch. And yet, this individual was able to make a homemade firearm which was allegedly used to murder another person.

Let’s dust off our dictionary and look at a term called “zip gun.” From the Merriam Webster dictionary online we have:

Definition of zip gun
: a crude homemade single-shot pistol
First Known Use of zip gun
1950, in the meaning defined above

In the 1957 play, West Side Story players actually discuss the use of zip guns as a potential weapon for their rumble:

RIFF
Cool, Action boy. The Sharks want a place, too, and they are tough. They might ask for bottles of knives or zip guns.

That’s right Baby John. Improvised firearms and homemade guns are nothing new, not even ones used for “gangland” violence. If we check out the Wikipedia page for “Improvised Firearm”, we learn about “pipe guns”, the bigger cousin of zip guns. According to their definition, the weapon that Sartain was said to use could have been a pipe gun; “a type of improvised shotgun.” Looking further this is what they had to say about pipe guns:

Improvised versions are easily made by using two pipes and an end-cap, these guns usually fire shotgun shells.

“Easily made”. “Two pipes and an end-cap”. The article goes on further and explains exactly how to build and use a pipe gun. How Wikipedia is not subject to the angry woke mob for distributing detailed instructions on how to build a homemade gun is beyond me. Except, well, there is that First Amendment thing, so maybe our freedoms are not as eroded as we think? The topic of homemade shotguns was explored in Dean Weingarten’s 2015 AmmoLand News article “‘Buy Back’ Gun Turn In Backfires“:

One of the participants in the gun turn in brought in a functional single shot shotgun that he had made at home. He has a video on YouTube showing that it works. The turn-in refused to pay him for it. From opencarry.org:

I’ll be attending. In an attempt to work with the enemy I will be turning in three firearms while simultaneously open carrying. Two of those firearms were acquired at the last buyback for the purposes of turning them in……they’re really rough, unsafe, and only barely able to function. I paid $50 for both and they closed the turn in when I was just 4 or 5 people from the front of the line.

The third weapon is an evil one. It is a very dangerous 12 gauge ghost gun with no serial number. It was manufactured in the back yard, has no safety devices, and is decked out to be highly attractive to young children, especially little girls. Note the “Hello Kitty” motif on the entire stock!!!!

A similar story was reported to happen in 2021, “Florida Man Sells Homemade ‘1776 Boom Sticks’ At Gun Buyback, City Runs Out Of Cash In 30 Minutes”:

A so-called “gun buyback” event in Pensacola, Florida did not go according to plan over the weekend, as a local gun club showed up to counteroffer the city by paying actual market value for citizens’ firearms. The only weapons the buyback was able to acquire included BB guns and homemade “Boom Stick 1776” pipe guns, which forced the event to run out of cash in under 30 minutes.

The gun banners in the United States can legislate all they want. They can strip freedoms. They can “buyback” to their heart’s content. All they are doing is punishing those that are actually making their own firearms as a hobbyist without addressing the underlying root cause; evil will find a way. It does not matter if we’re discussing 80% AR lowers, polymer 80’s, zip guns, or pipe guns; those intent on committing crime and murder will. The United Kingdom is always being looked at as a gold standard when it comes to gun control. If they’re so great at gun control, then how on Earth was someone able to make a homemade shotgun and allegedly murder someone with it? The Jets and the sharks could do it with 1950’s technology… It’s quite easy. A trip to your local hardware store is all that is needed. I wonder if there are plans with Biden-Harris’s AFT to make home improvement stores register as FFLs? Given that they’re getting ready to declare pieces of metal “firearms,” it’s not as farfetched as you might think.