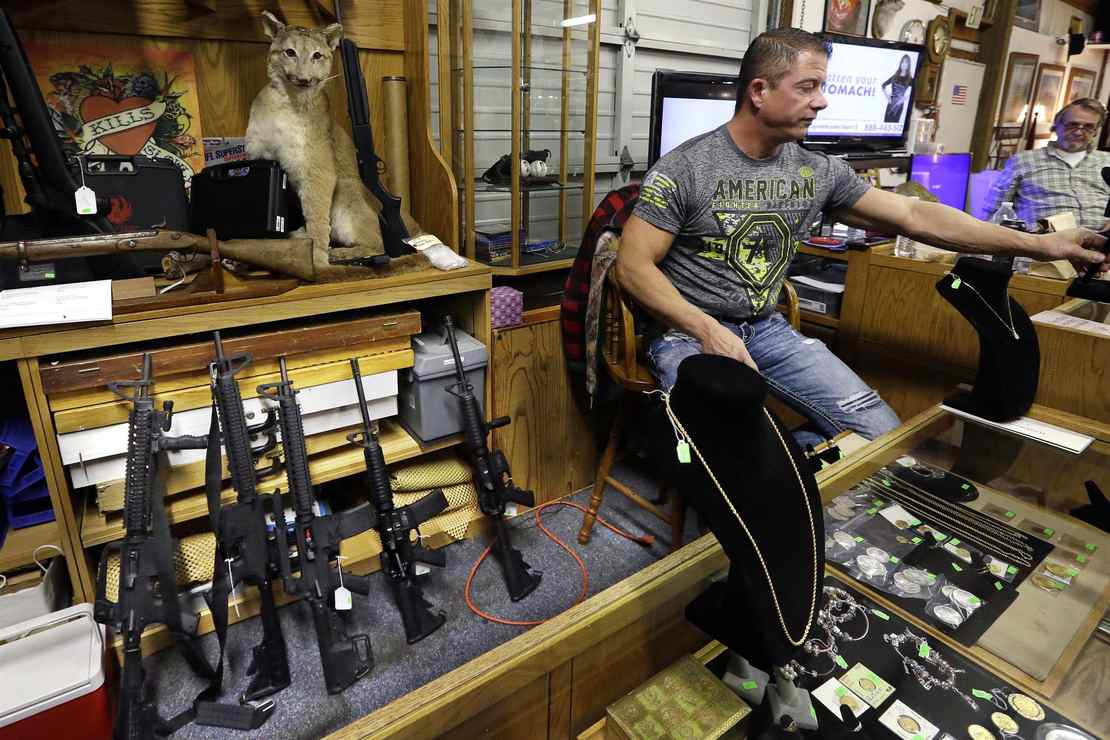 The gun grabbing circus lead by Nanny Bloomberg’s Moms Demand Action, Everytown, Giffords, Brady United (Handgun Control Inc.), etc. would just love to see every protection for responsible gun owners abolished. Coming from none other than Senator Bob Menendez, from the freedom crushing land of New Jersey, is S. 974: Gun Records Restoration and Preservation Act. The bill’s description is a little misleading, “To repeal certain impediments to the administration of the firearms laws.” If you start to dig through what on earth this is or might be all about, you’ll be greeted by a nice pile of legalese gobbledygook, but the intent is clear; to destroy the privacy protections for gun owners built into current law and to lay the groundwork for a national gun registry.

From the text of the bill in the “findings” section:

One of the most interesting lines from above is, “The Tiahrt Amendments impede enforcement of the gun laws by requiring most background check records to be destroyed within 24 hours, and by barring the Federal Government from requiring annual inventory audits by owners of gun shops.” If I were on the committee to discuss this bill, I’d ask Bob what laws are actually being impeded by that provision in the law?

So what are the “Tiahrt Amendments”? The gun banners at Giffords Law Center have this to say:

In addition to firearm trace data, the Amendments also prohibit the disclosure of data on multiple handgun sales reports as well as gun sales information a dealer is required to keep that may be required to be reported to the US Attorney General for determining the disposition of one or more firearms in the course of a bona fide criminal investigation.

Basically Menendez, through this bill, and Giffords, through their admission on their webpage, want to remove privacy protection for law abiding gun owners. There is a lot to both the Tiahrt Amendments and S. 974. For starters, if Giffords wants them abolished, we can all but assume it would negatively impact our freedoms. In my opinion, that is what Giffords, Menendez, et.al. are all about; stripping Americans from civil liberties, and controlling people.

Other provisions in this bill would “Repeal of limitations on imposition of requirement that firearms dealers conduct physical check of firearms inventory”. While I would hope most responsible gun dealers keep close tabs on their inventory, forcing them to physically check them at whatever interval the AFT dreams up would be impractical in most applications. Sure, the mom and pop gun shop up the road may only have fifty or so guns in stock, which is sill a decent amount. But what about the big gun shops that have hundreds, or thousands of firearms in inventory? There are already strict regulations on how FFLs have to store their firearms. If there has been no signs of theft of burglary, forcing a full cycle count of all goods would be imposed simply to punish gun dealers for having too many guns to sell.

Perhaps one of the more egregious sections of the bill reads: “Repeal of requirement to destroy instant criminal background check records within 24 hours”. Again, this was more of that “compromise” eluded to earlier. It is not explicitly stated in the bill what actual language that would be slated to be removed, but looking up what is referenced, this is what Menendez wants removed from law:

Nothing in this bill will do anything to actually aid in public safety. In fact, all it will do is leave gun owners vulnerable to potential governmental overreach by allowing their information to be shared. I’d be interested to see the legal eagle’s view on this bill, as to me, it looks like another big erosion to protections gun owners were promised. The gun grabbing camp is playing the long game, as noted time and time again. They will sit and wait on the sidelines for the perfect time to strike and remove liberties from the American people. S. 974 is another seemingly innocuous proposal, but if you dig through the details, we can see it’s part of a bigger bait and switch.