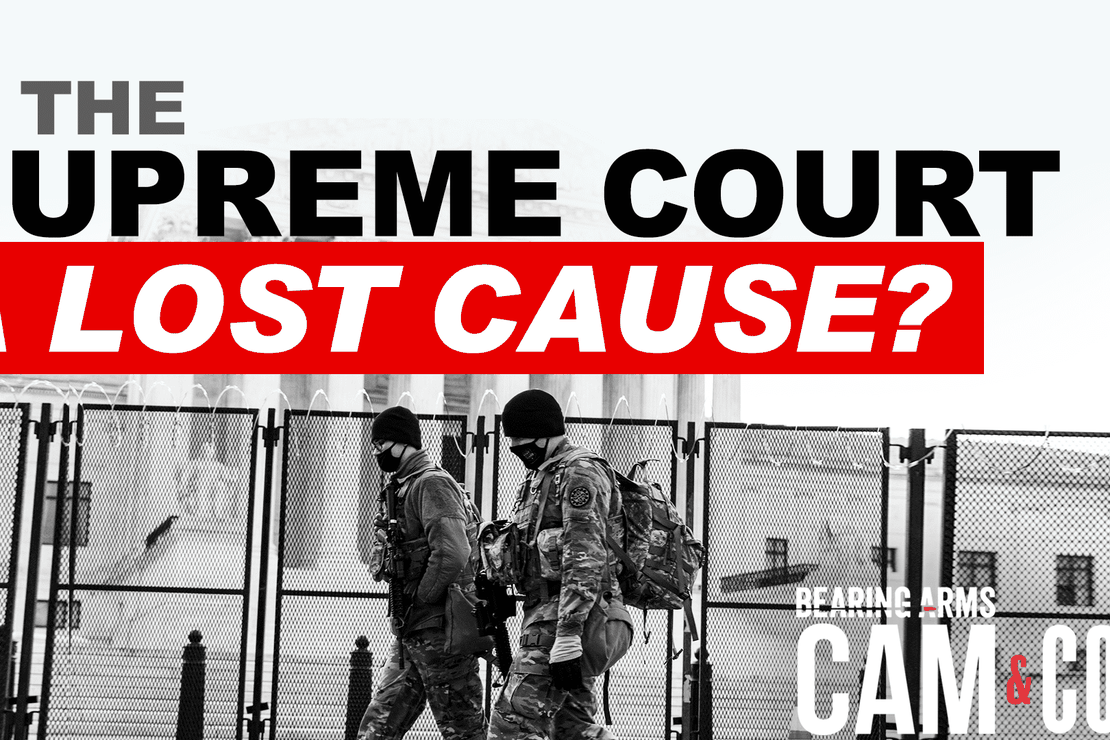 Gun owners hoping for a supposedly Second Amendment-positive Supreme Court to take up a challenge to gun control were once again disappointed this week after SCOTUS turned away several cases involving non-violent felons who were trying to have their right to keep and bear arms restored. Given Justice Amy Coney Barrett’s interest in this very issue as an appeals court judge, there was a lot of optimism that the Court would accept at least one of these cases, but instead they were all denied without even a written dissent by any justice.

First, as Alan points out, we don’t know why the Court decided not to take these cases, only that it made that decision. Gottlieb points out that there could be some strategy at work here; bypassing these cases dealing with felons-in-possession while later choosing to take another case down the road. The Supreme Court did hang on to New York State Rifle & Pistol Association v. Corlett for another round in conference, but that doesn’t mean it’s going to eventually grant cert there.

That case will be heard again in conference this Friday, along with (interestingly enough) another prohibited persons case called Mai v. United States. Duy Mai isn’t a convicted felon. Instead, when he was 17-years old, he was involuntarily committed to a psychiatric institution in Washington State. In 2014, Mai had his rights restored under state law, but he’s still not allowed to possess a firearm under federal law. Perhaps this case is the way the Court will choose to address the statutes regarding prohibited persons? I’d love to believe that’s the case, but I’m more hopeful than optimistic at the moment.

Gottlieb says he’s concerned as well, but he’s not giving up his hope or his expectation that the Court will ultimately take up a Second Amendment case, and he says he wouldn’t be surprised if it was a case that dealt with the right to carry a firearm outside the home for self-defense. Besides the New York case that’s currently in conference, there are also challenges out of New Jersey and Hawaii that will soon be before the Court, though it might be the fall term before SCOTUS decides what to do with them. If all three carry cases that will be coming before the Court in the next few months are rejected, I think it will be time to declare the Court a lost cause when it comes to the Second Amendment.

We’re still several months away from that possibility, however. So, next Monday morning I’ll still be impatiently checking for the release of the Court’s orders from their next conference, hoping that this is the week we get the green light from justices on a case that challenges restrictions on our right to keep and bear arms.

Check out the entire interview with Alan above, which also features a good discussion on what’s going on at the state level in the fight for our Second Amendment rights; the good (Constitutional Carry, Second Amendment Sanctuary states), the bad (Colorado’s new gun control laws), and the ugly (Oregon’s storage bill, Delaware’s gun and magazine bills).