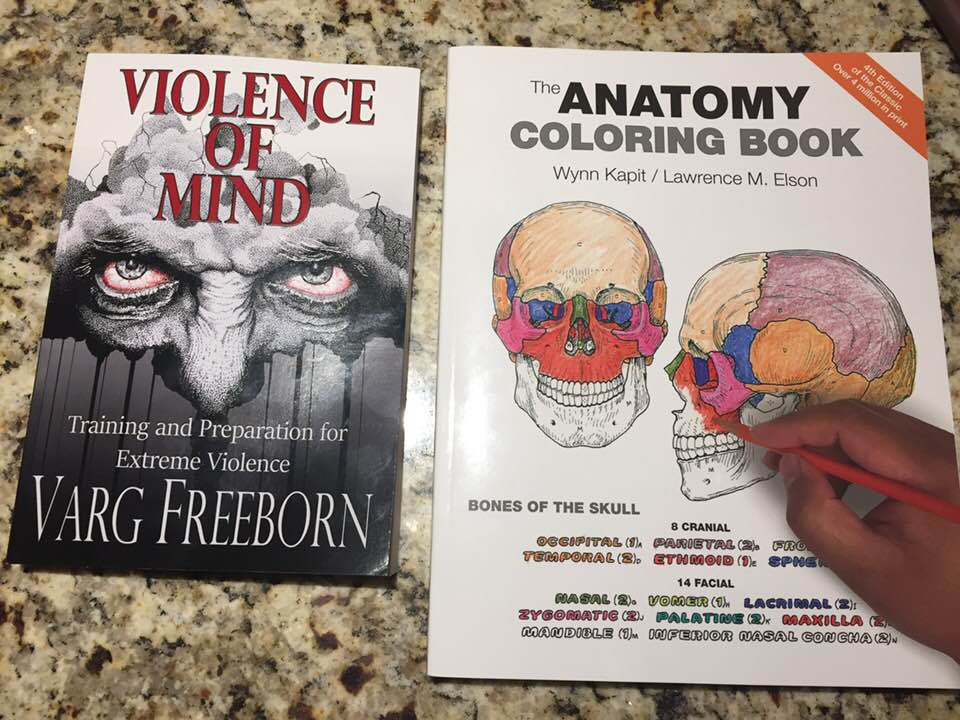 There aren’t many people in the United States who could answer the question, What is violence? Not from a criminal violence/self-defense perspective. That is because they don’t viscerally grasp violence works. This is true among even the better trained elements of our armed, responsible citizenry. It’s also true, albeit to a lesser extent, within the ranks of those who practice the noble profession of arms.

That is not a criticism. It is an acknowledgment of a potentially uncomfortable, perfectly understandable, fact, and one we would all do well to recognize.

We can debate semantics and interpretations, but violence in our context is much more than a clinical, definition of the word. And it’s not something that can be explained in one short news post on a website — which is, of course, why I’m recommending this book.

Mental preparation and training will help to mitigate this self-defense shortcoming, albeit only if we  recognize that it is a shortcoming. You can begin all of that with some reading and research.

Apropos to that, the book Violence of Mind (by Mag Life contributor Varg Freeborn is now available on Audible.

Varg Freeborn’s Violence of Mind is one of the first books, if not the first book, a new gun owner should read. In fact, anyone serious about protecting themselves or their family should read it, gun-owner or not.

That’s nice, many of you are thinking. So what? Why should I care?

Because Varg’s book is an excellent option to assist in that recognition-and-training effort. In fact, I would argue that,

Whether they go heeled or not.

If you pepper spray someone (assaultive), how do you know they will not turn around and shoot you (homicidal)?

If you are willing to kill, you better be 100% justified.

What are you willing to kill for again?

Wait, you won’t kill over a spot in line, but you will assault over it? Then the other guy decides that he is willing to kill to stop your assault, and now YOU must kill or be killed. This is how violence works.

The Violence of Mind audiobook is just shy of nine hours long. It’s narrated by the author and is Whispersync for voice ready. Although there is some repetition and occasional tautology, there is more than enough information (from an extremely unique perspective) to offset that distraction.

Remember the rule: stop looking for things and start looking at things.

Violence of Mind is absolutely worth the read. Or of course the listen.

Here’s something else to be aware of. Freeborn is in the final stages of finishing his second book. This one will focus on the first O in OODA: the one for Orientation. If you’re a student of John Boyd’s seminal work, you’ll want to take a look at it once it’s available. 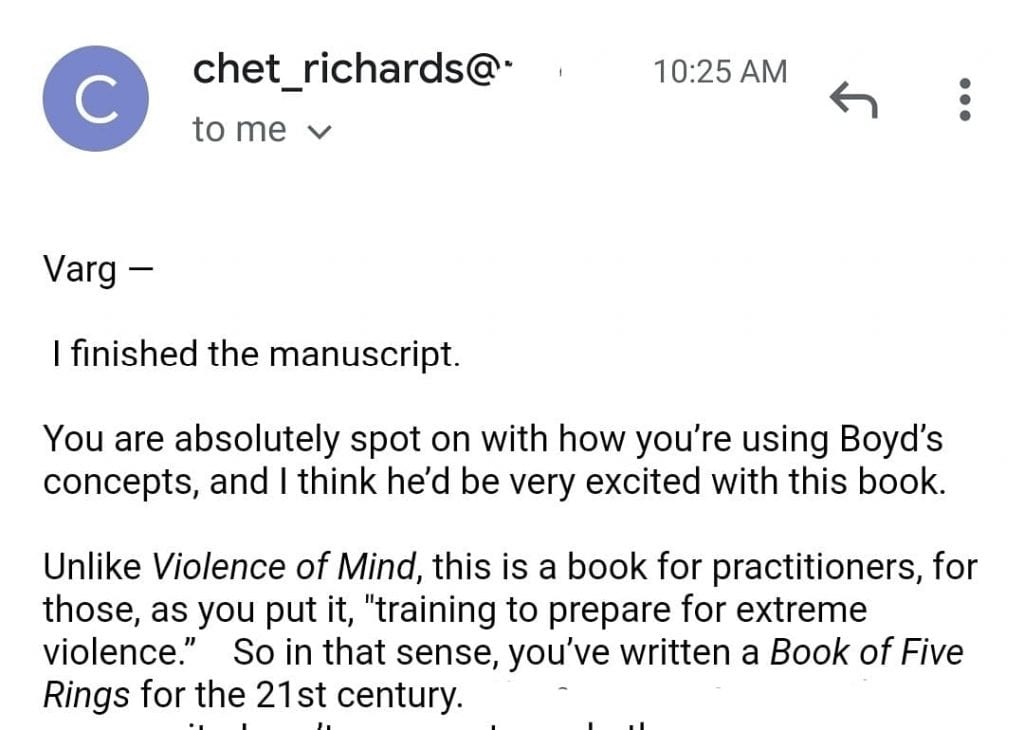 Orientation is the basis for mindset. Your response to violence will be based upon your orientation to the violent situation. Your conditioning and confidence level, your attachments in life,  your cultural beliefs (particularly about violence), and ultimately your real experience level, all make up your orientation.

Through these experiences and beliefs, you will make a series of decisions which will determine how  you will assess and respond to a violent encounter.

David Reeder’s Wu Tang name is Lucky Prophet. He is a retired AF veteran, former Peace Officer, and current Tier 2.5 writer-operator. Over the course of his career, he has worked a variety of military and lE billets, served as an Observer-Controller at the National Homeland Security Training Center, a MOUT instructor, and an MTT tracking instructor – all of which sounds much cooler than it really was. Although he only updates his website once in a very great while, he can absolutely be relied upon to post to social media (@reederwrites) at least once a month. -Ish.