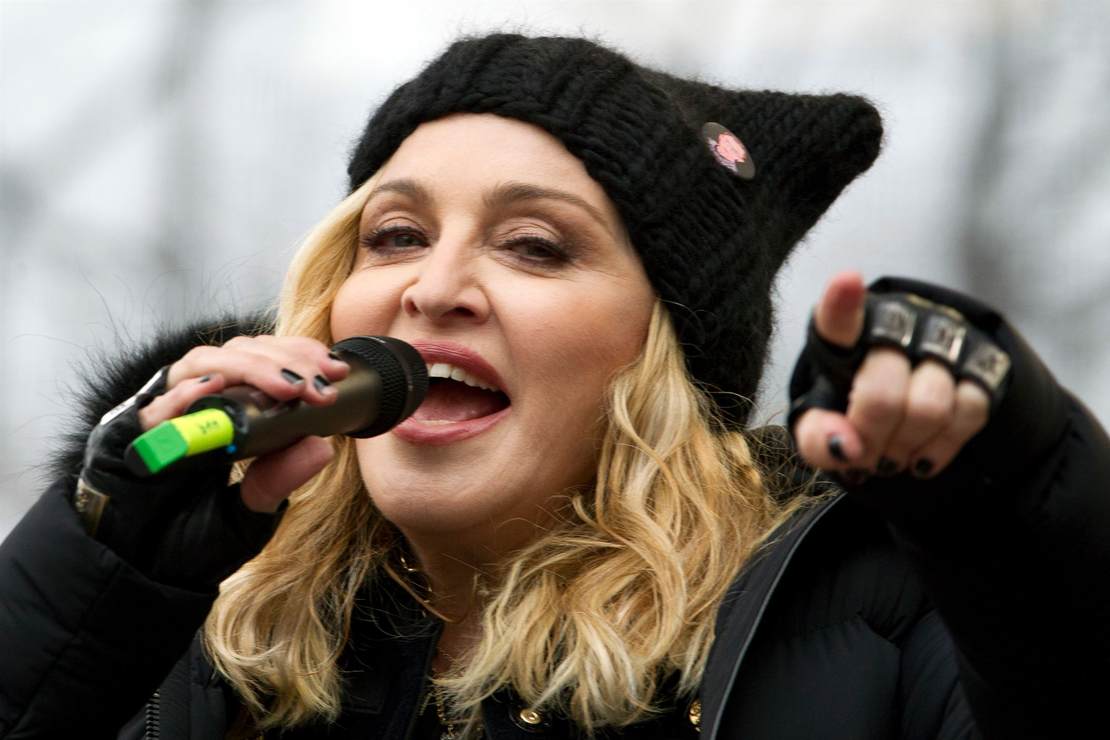 Back in the 80s, Madonna was the thing. The pop star was everywhere. She was Beyonce and Taylor Swift rolled into one, at least as far as popularity goes.

Now, decades later, she should be held up as an icon of the music industry. Instead, she’s just embarrassing herself.

I mean, not just anyone would think of having a serious talk about COVID from their bathtub. Yet the Material Girl has decided that she needs to be more political because that’s always great for a career.

Her latest effort is to take a stab at gun control.

Madonna hit the streets to call for gun control and police accountability in a pair of social media posts Saturday.

The signer took to Instagram, aiming to “wake up America” to the need to stem gun violence.

A video shows her putting up signs with the hashtags “#WAKEUPAMERICA” and “#GUNCONTROLNOW,” with unidentified people. It’s unclear where the singer is. Throughout most of the video, she wears a bright blue ski mask that covers her face.

Toward the end of the video, the star turns to the camera and gives an impassioned speech about gun control, likening it to a life-saving vaccine.

Oh, really? And who is going to make us?

It’s easy as hell for someone with a fortune to take that kind of stand. After all, she can afford to outsource her personal safety. She recently claimed she did no such thing during a confrontation on Instagram. Meanwhile, this is the same pop star who was protected by armed security during an intrusion in 1996. She expects us to believe that she dismissed her armed security despite having had a close call?

Yeah, I’m not buying it.

Besides, she knows good and well she can pick up a phone and have security again in no time flat.

For people like you or I? We can’t afford that kind of thing, and we know the police can’t protect us. We have to do that for ourselves, which is where the Second Amendment comes into play.

In a way, she owes her entire career to the Second Amendment’s existence.

No, I know she won’t see it that way. It doesn’t negate the reality, though. We have the right to say what we want and to be provocative if we want because the Second Amendment stands as a stark warning to anyone who would infringe upon that right.

It’s only fair that we preserve the Second Amendment to the exact same degree.