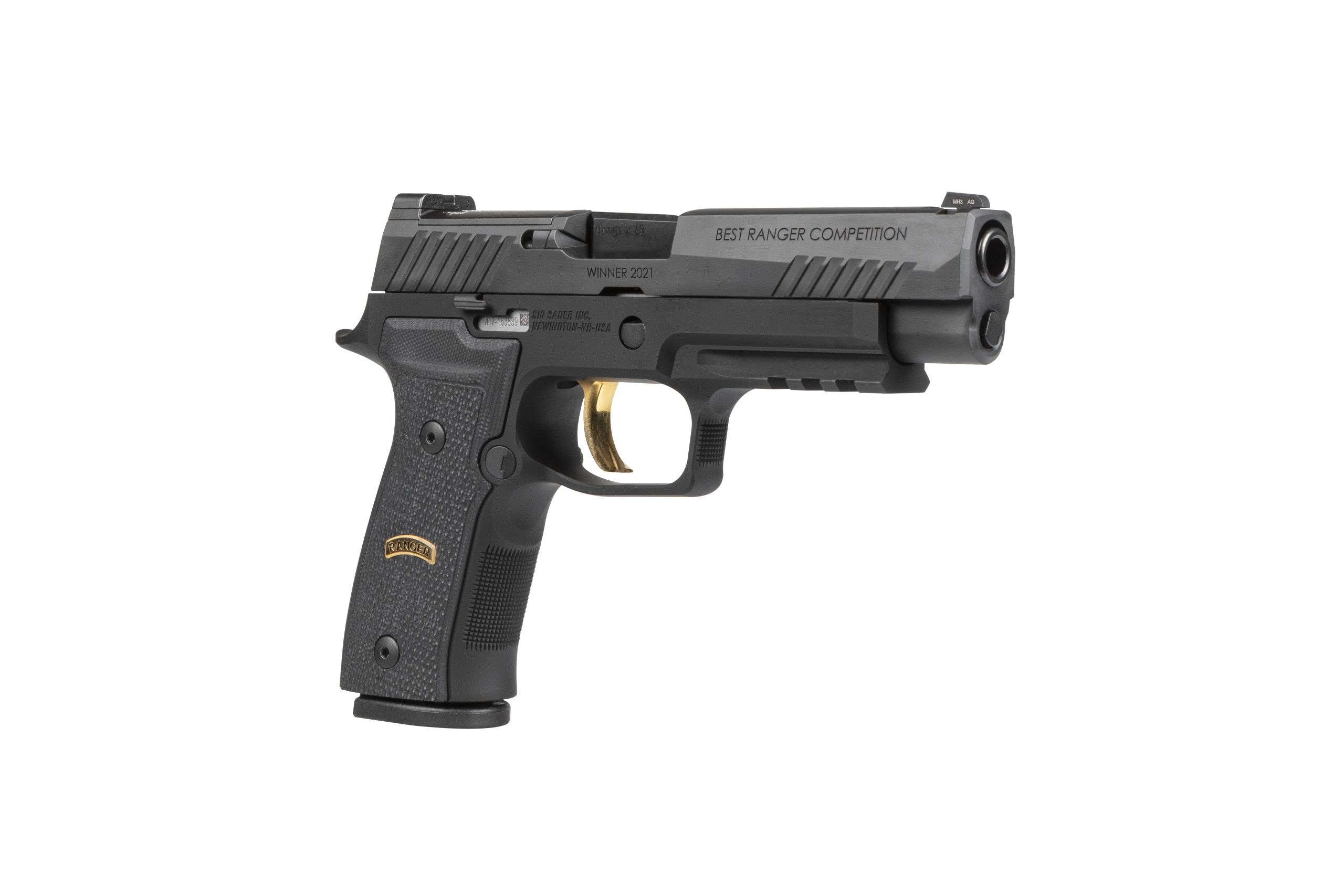 The U.S. Army Best Ranger Competition is a grueling competition that identifies the best, two-man U.S. Army Ranger buddy team on a course that is designed to place extreme demand on each team’s physical, mental, technical and tactical skills.  The competition is open to all Ranger-coded positions within the U.S. Army and each year competitors from across the globe come to compete with the hopes of earning the prestigious Best Ranger title.

“The Best Ranger Competition is the ultimate physical challenge that puts any operational and traditional skills to test, under extreme circumstances, for sixty straight hours of punishing, non-stop, endurance competition,” said Jason St. John, Director, Government Products, SIG SAUER, Inc. and Sergeant First Class (Retired), U.S. Army Ranger.  “It’s an incredible honor for SIG SAUER to be afforded this opportunity to present this custom M17 pistol as the official trophy pistol of this prestigious competition to recognize the elite Ranger competitors and their sacrifice.”

The U.S. Army Best Ranger Competition M17 Trophy Pistols will be presented, for the first time as the official trophy pistol, at the 2021 competition trophy presentation on Monday, April 19, 2021.

About SIG SAUER, Inc.
SIG SAUER, Inc. is a leading provider and manufacturer of firearms, electro-optics, ammunition, airguns, suppressors, and training. For over 250 years SIG SAUER, Inc. has evolved, and thrived, by blending American ingenuity, German engineering, and Swiss precision.  Today, SIG SAUER is synonymous with industry-leading quality and innovation which has made it the brand of choice amongst the U.S. Military, the global defense community, law enforcement, competitive shooters, hunters, and responsible citizens.  Additionally, SIG SAUER is the premier provider of elite firearms instruction and tactical training at the SIG SAUER Academy.  Headquartered in Newington, New Hampshire, SIG SAUER has over 2,300 employees across nine locations.  For more information about the company and product line visit: sigsauer.com.