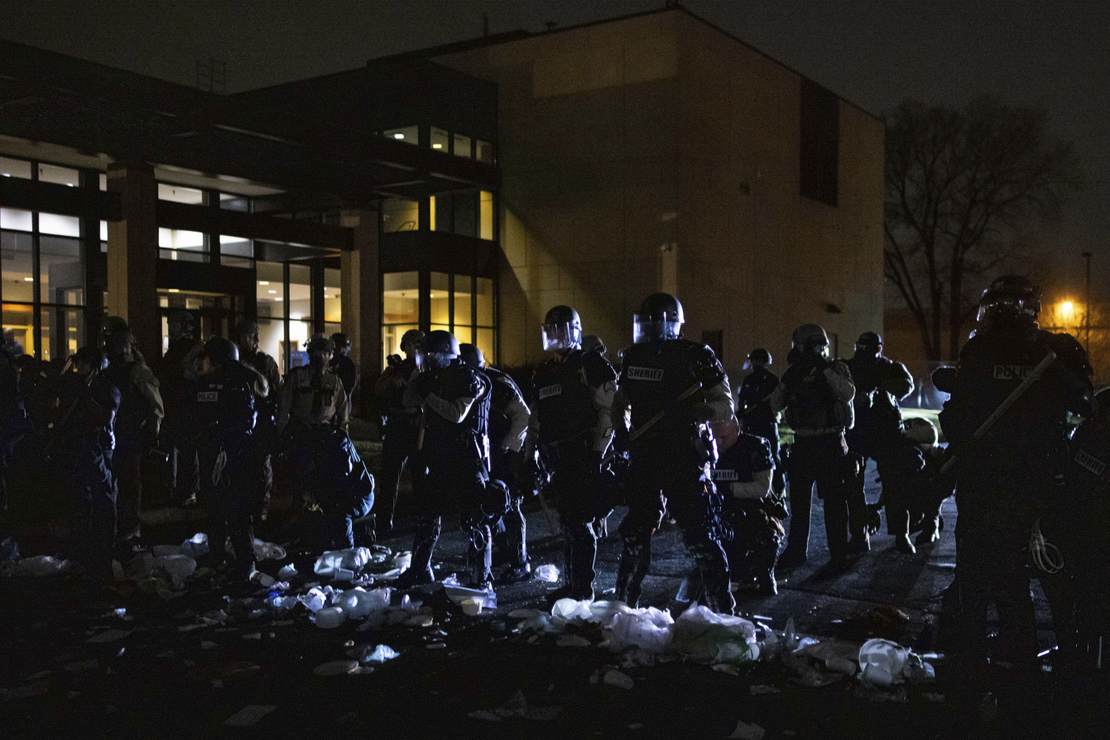 In this day and age, it seems every officer-involved shooting is chalked up to police brutality. The death of Dante Wright has as well, of course, but we’ve seen protests over the shooting of people who were popping shots at the police as well. Over and over again, we keep seeing any death that could be associated with law enforcement treated like the police are at fault.

In fact, it’s happened so much, it’s easy to simply assume the police are being uniformly targeted for unwarranted criticism.

However, in the case of Wright, that might not be a good assumption.

The police officer who fatally shot a 20-year-old Black man during a traffic stop may have intended to fire a Taser, the city’s police chief said Monday.

The department released dramatic bodycam footage of the incident, which has rocked the Minneapolis suburb miles from where George Floyd was killed during a police arrest last May.

Daunte Wright was shot once and died after the traffic stop Sunday, Brooklyn Center Police Chief Tim Gannon said. The body camera footage released during a news conference shows two other officers approaching Wright’s car and the officer who fired the shot standing behind them.

As the officer on the driver side of the vehicle began to handcuff Wright, he broke free, a struggle ensued, and Wright jumped back into the driver’s seat. An officer threatened to tase him, shouting, “Taser!” at least three times before shooting Wright, then saying, “Oh (expletive), I just shot him.”

The car drove away, traveling several blocks before hitting another vehicle.

“It is my belief that the officer had the intention to deploy their Taser but instead shot Mr. Wright with a single bullet,” said Gannon, who declined to provide details about the officer other than to describe her as “very senior.” She has been placed on administrative leave.

Now, there’s more than enough blame going on here. For example, why was Wright trying to break free? Not the kind of thing that is going to win you a favorable response from law enforcement.

That said, someone mistaking their sidearm for a Taser is just one of those things that shouldn’t happen.

Tasers and firearms have a vaguely similar shape, but they’re quite different. For one thing, the weight is different. For another, the feel of the trigger is different. The New York Times has a story about whether this kind of thing can happen. Apparently, Brooklyn Center mandates Tasers be worn on the opposite side, which is supposed to prevent that kind of thing.

Yet here we are and it happened. The officer–a 26-year-veteran of the department, not some wide-eyed rookie–indicated she was going to tase him, only she fired her weapon.

It’s kind of hard not to see this as a case of negligence. In a stressful situation, things happen, but that doesn’t make it less negligent.

To be sure, Wright didn’t cover himself in glory leading up to that moment, either, but as he was trying to drive away from the situation, he didn’t necessarily represent a threat to police. It wouldn’t have been a good shoot even if intentional.

However, it’s also clear that it wasn’t.

I’ve long believed that our law enforcement officers don’t get nearly enough training for what’s asked of them. This is another clear indication that I’m right.

We’ll have to see just how things shake out in the long run, but it seems clear that an officer’s career is over and there’s a good chance she’ll see some prison time. Frankly, if she shot and killed a man because of a mistake, that’s kind of what needs to happen, too.