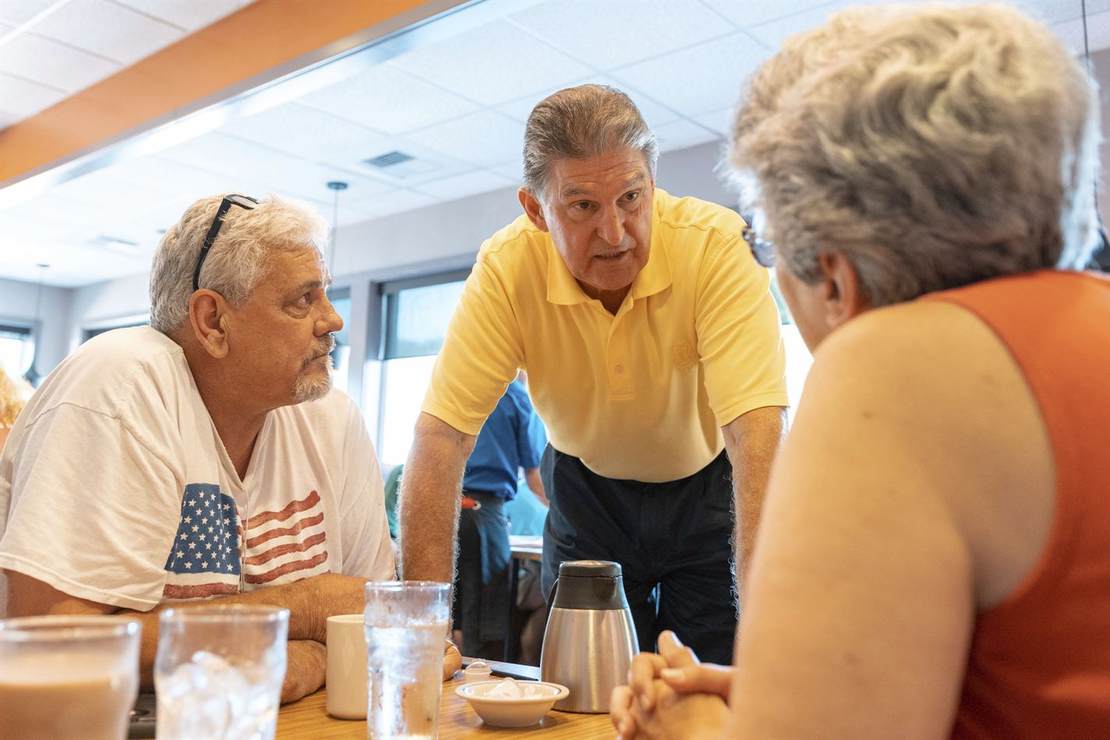 Okay, to be fair, I think Fred Guttenberg knows exactly what the job of senators is and who they represent. He also knows that without Joe Manchin agreeing to nuke the filibuster, the type of gun control laws that Guttenberg wants to subject Americans to aren’t going to happen, so his best argument is to try to name-and-shame Manchin into acting. So, on Friday, that’s exactly what Guttenberg did, appearing on CNN to argue that Manchin doesn’t actually represent the people who voted for him, but instead represents “the nation”.

The Florida parent made the remarks in response to comments by Manchin in an earlier interview in which Manchin explained his opposition to certain gun control measures by stating that he represents the people of West Virginia.

“You know what? No he doesn’t,” Guttenberg argued. “He ran to be a senator, his decisions have national implications and people die because of the things he does or doesn’t do.”

“My daughter died because of gun violence that was preventable,” he added. “More people will die across this nation because of things Sen. Manchin said this morning.”

He went on to say, “Let’s remind people like Sen. Manchin, ‘No, you got elected in your state, you represent the nation, and you need to make national choices.’”

Guttenberg then said that he would like to meet with Manchin, directly addressing the senator by saying, “Sen. Manchin, let’s find a coffee shop somewhere to meet. Let’s meet, let’s get together, let’s talk about the reality of gun violence. Let’s talk about why you need to be part of moving this Senate forward.”

If Manchin does sit down with Guttenberg, I hope that he invites Ryan Petty or Andrew Pollack along as well. After all, both of them are in the same sh*tty club as Guttenberg. All three of them lost children that they love and adore in the attack at Marjory Stoneman Douglas High School, but both Petty and Pollack see the issue differently than Guttenberg; arguing that more gun control laws aren’t the answer to stopping these kinds of attacks.

In fact, Petty’s been very vocal about what he believes will work, and it isn’t universal background check requirements. Instead, Petty points to the new report by the Secret Service on preventing targeted school attacks, which says the number one preventative tool is better communication; students and parents alike recognizing the warning signs (including specific mentions of plans) and communicating those threats to the appropriate authorities.

Guttenberg apparently believes that the only way to address these rare but deadly acts of violence is by creating new crimes out of thin air, though I’ve yet to hear him explain how a universal background check requirement would actually prevent any criminal firearms transaction. It certainly wouldn’t have stopped the murders at Marjory Stoneman Douglas, because the killer legally purchased his firearm and passed a background check in the process.

Fred Guttenberg is entitled to his own opinion, but not his own set of facts. The gun control bills that are stalled in the Senate are aimed at legal gun owners, and would subject them to a year in federal prison if they were convicted of selling a gun to a longtime friend or neighbor without first putting them through a background check. We know that universal background checks alone aren’t the answer to reducing violent crime, because we’ve seen shootings and assaults actually increase in states like Colorado after universal background check laws were in place.

And yes, Joe Manchin was elected to represent the state of West Virginia, not the nation as a whole. West Virginia is one of the most Second Amendment-friendly states in the nation, with Constitutional Carry laws on the books and a just-signed bill that will remove the sales tax on gun and ammunition sales starting on July 1st (among other pro-2A protections in place). Joe Manchin wasn’t elected to restrict the rights of West Virginians or to put rural residents in prison if they don’t drive 30 miles or more to find a gun store willing to conduct a background check on a neighbor-to-neighbor gun sale. If Fred Guttenberg doesn’t understand that political reality, perhaps he should move to West Virginia, challenge Manchin in the Democratic primary in 2024, and see how well that works out for him.