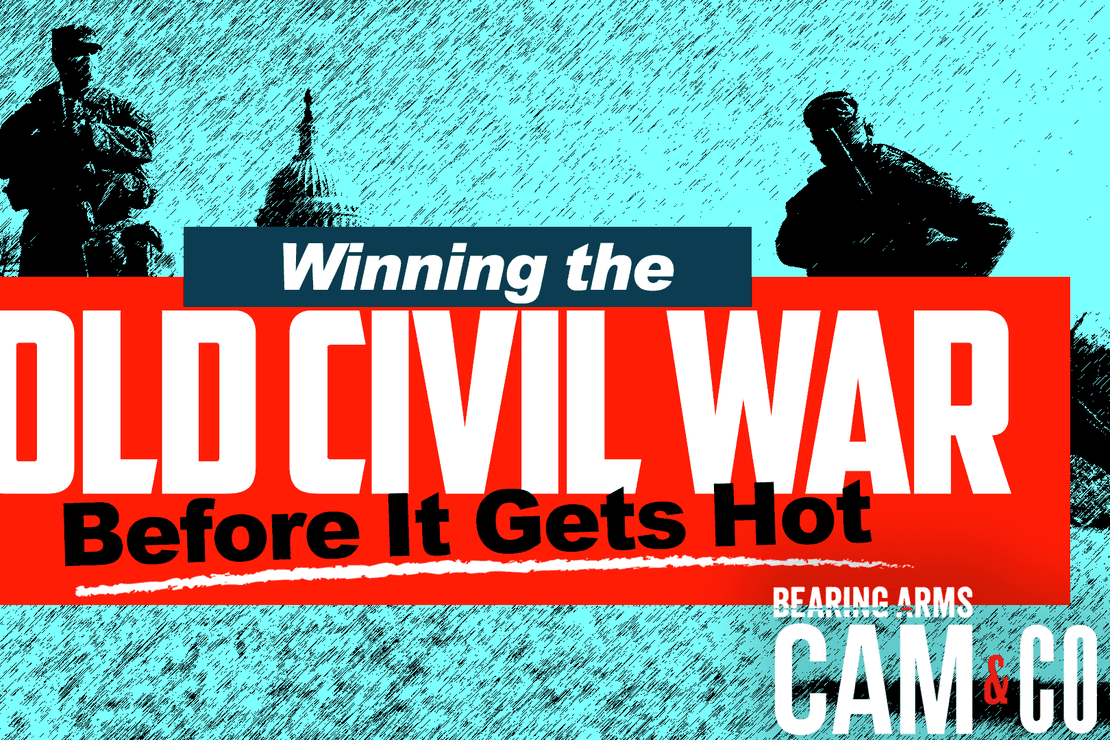 Today’s Bearing Arms’ Cam & Co ventures a little further afield from a pure Second Amendment topic than we normally do, but the right to keep and bear arms does come up in our conversation with Jim Hanson, the author of the forthcoming book Winning the Second Civil War: Without Firing a Shot.

The premise of Hanson’s book is simple: while the roots of our Cold Civil War date back to the 1950s, the growing cultural divide in this country has reached toxic proportions since the election of Barack Obama, which sent the culture wars into overdrive. The authoritarian wing of the Democrat Party is ascendent, while true “liberals” who believe in the inherent value of a pluralistic culture are few and far between.

All is not lost, however. Hanson believes that the more “woke” the Left becomes, the more they drive out folks who may not be conservative, but aren’t in lockstep with the totalitarian mindset that’s the dominant strain of thought in the party they’ve long called home.

Those disaffected Democrats, along with conservatives and libertarians, are a large portion of the new coalition that Hanson envisions as allies in the Cold Civil War of ideas and ideologies. Within the coalition there may be broad disagreements about individual issues, but there’s a common understanding that disagreement and dissent are fundamental parts of free societies. Hanson says that conservatives are actually the ones promoting tolerance these days, and while I can think of some examples where that hasn’t been the case, I would agree that tolerance for differing ideas is more popular on the Right than on the Left at this moment.

The Second Amendment community provides a pretty good example of the type of loose-knit coalitions that Hanson is talking about building. Black gun ownership grew in record numbers last year, along with significant increases in Hispanic gun ownership and Asian American gun ownership as well. I doubt many of those folks purchased their firearm thinking of it as a short-term rental, and whether they realize it or not, they now have a vested interest in protecting their Second Amendment rights. Not all of them will become 2A activists by any means, but given the rapid growth in groups like the National African American Gun Association over the past year, many of these new gun owners are taking an active interest in keeping their rights secure. The NAAGA is just one part of a broader coalition that includes the NRA, Firearms Policy Coalition, Second Amendment Foundation, Gun Owners of America, and a host of state-level and local organizations and individual activists who can be found across the political spectrum but who all reject the idea of infringing on our rights for the false promise of safety and security.

And all things considered, I’d argue this coalition has been fairly successful over the years, most notably in protecting the right to bear arms. We have 42 states that are “shall issue” concealed carry, and in a matter of days we’ll have 20 states that recognize the right of legal gun owners to carry without a license. The gun control movement can only dream of 20 states where the right to carry a gun is banned, and the idea of banning handguns completely has been taken off the table with the Heller decision.

In his book, Hanson, who’s president of Security Studies group and previously served in US Army Special Forces, offers an interesting perspective on how the “normies” can start to reclaim ground that’s been lost in the spheres of pop culture, academia, and government, and I’m glad that he recognizes the example provided by those who are actively involved in protecting and securing our Second Amendment rights.