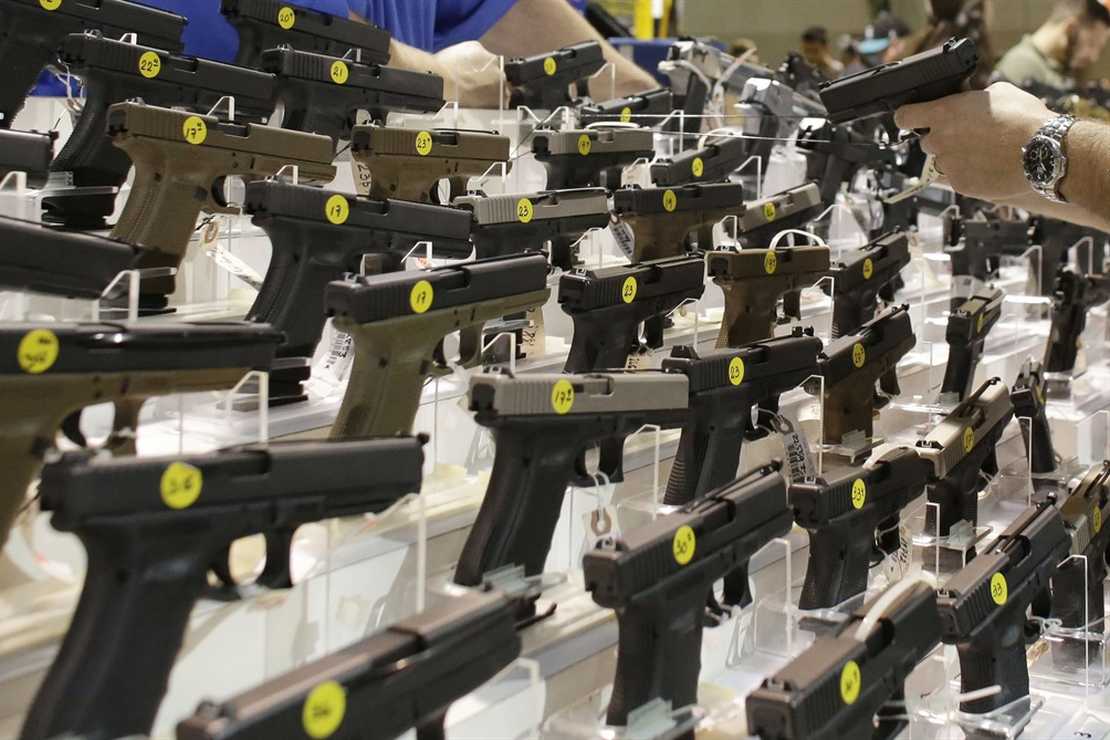 The Left’s refusal to acknowledge the inherent contradiction between its desire to “reimagine policing” and its whole-hearted embrace of putting more gun control laws on the books is playing out in Washington, D.C., where a growing number of activists and local politicians are objecting to the strategy of referring some of the most prolific offenders to federal court instead of handling their cases locally, where they receive lighter sentences for their crimes.

As the Michael Bloomberg-funded and founded website The Trace reports, while D.C. Mayor Muriel Bowser and others were supportive of the plan when it was first announced in 2019, they’re now criticizing the decision by Biden-appointed U.S. Attorney Channing Phillips to continue prosecuting some felon-in-possession cases in federal court, because they say it disproportionately affects black residents.

Although Black people comprise 47 percent of Washington’s population, 97 percent of people charged from 2013 to 2018 for being a felon in possession of a firearm were Black, according to the Vera Institute for Justice, a nonprofit focused on improving the justice system. That’s in part because Black residents are more likely to have prior felony convictions, particularly for drug charges. “There are a lot of societal and historical reasons — and ways that Black people across the country and in D.C. have been oppressed and marginalized — that produce the conditions that lead to these kinds of crimes,” said Akhi Johnson, a former D.C. assistant U.S. attorney who’s now a deputy director focusing on decarceration at Vera.

The policy runs counter to the elected City Council’s recent efforts to address punitive sentencing and over-policing of Black neighborhoods. Those efforts include sentencing alternatives and other initiatives to moderate punishment for defendants prosecuted in local court, but those reforms aren’t available to defendants in federal court. “You’re really just treating the symptom and not addressing the underlying issue,” Johnson said.

That’s true of virtually all gun control laws, including those in Washington, D.C. And while Mayor Bowser may not want felons caught in possession of a firearm to be prosecuted in federal court, she’s still on board with the idea of putting new federal gun control laws on the books, even though they too would disproportionately be used against black residents.

In 2019, homicides reached the highest tally the city had seen in a decade, with 166 people killed, even as other crime metrics fell.

“We know that we really need the Congress to act on a national policy for common-sense gun regulations,” D.C. Mayor Muriel Bowser told reporters. “I want the Congress to be able to pass a sensible bill that protects us.”

Bowser pointed to lax gun laws in surrounding states Maryland and Virginia, as well as the availability of the parts needed to build ghost guns — home-assembled firearms that are difficult to trace due to their lack of a serial number — for the city’s gun violence.

“We all can do our part with our local gun laws, but [ghost guns], we know, is an issue that needs national attention,” Bowser said.

Anti-gun Democrats like Bowser want to have it both ways; embracing both a criminal justice reform agenda that calls for de-policing and de-incarceration, while slapping new federal gun control laws on the books that come with federal prison time for those convicted of violating their new, non-violent, possessory offenses. Whether they’re talking tough or taking a softer approach depends on the circumstances; whatever will benefit them the most politically at that moment is the position they’ll adopt in that moment. The only consistency in their position is doing what they believe is best for their political career, as opposed to doing what’s best for the community they’re supposed to be serving.

That schizophrenic approach only works because the media, by and large, refuses to call them out for simultaneously holding two positions that are diametrically opposed to one another. Well, most media, anyway.