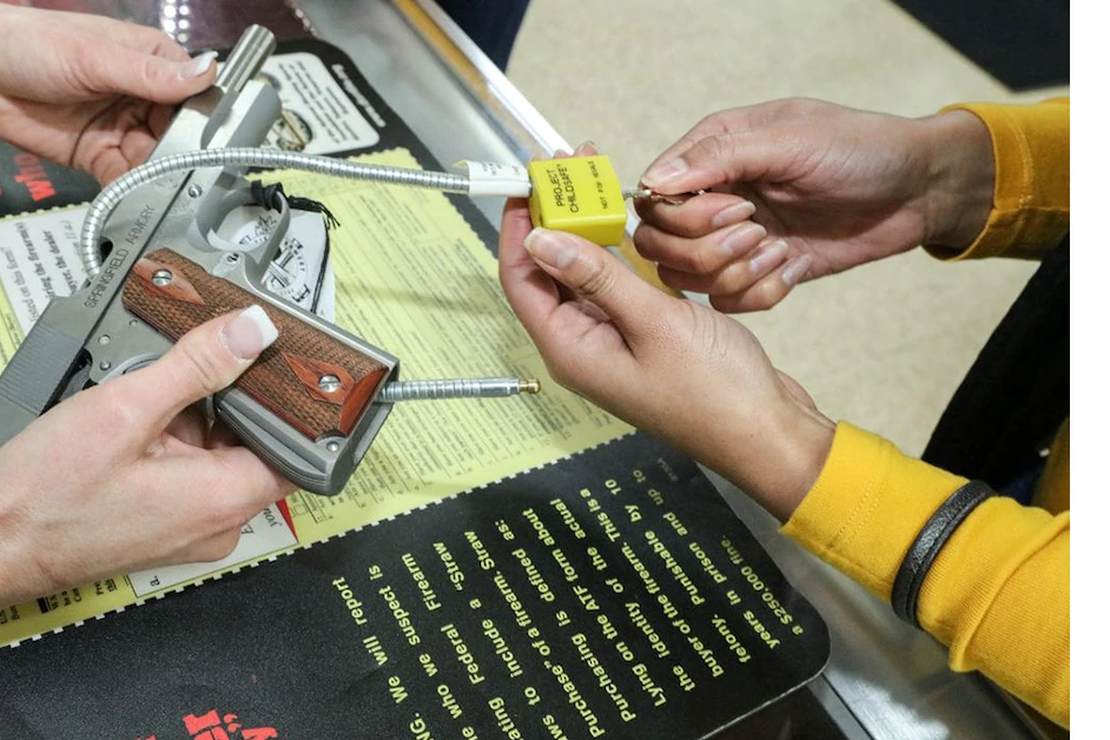 The Democrats in control of Colorado’s legislature are poised to approve a new gun control bill that would require all gun owners in the state to keep their firearms locked up or face criminal charges. The bill has already passed the state House and is now on the floor of the state Senate, where a vote could come as early as this week.

Supporters of the gun control legislation are billing it as a way to protect children, with ER doctor Sindhu Sudanagunta recently penning an op-ed that claims the bill would prevent juvenile suicides.

Just recently an ambulance brought me a 13-year-old boy. Let’s call him James (not his real name). He arrived at the ER after a suicide attempt with his father’s handgun. He had dark hair and brown eyes that looked straight ahead, glassy and unblinking.

The EMS team held blood-soaked gauze over his temple. His heart was still beating when he came to me — slowly, but still beating. Our team responded quickly. I placed a tube in his mouth to have a machine breathe for him. The nurse started a blood transfusion to replenish what he was losing. We put him on medication to strengthen his heartbeat.

Eventually, I had to peel back the gauze and assess the damage. I knew at once that James would not be leaving the hospital.

One in three U.S. households contain at least one firearm. But only three in 10 households with kids and firearms store the firearms safely.

HB 1106 aims to prevent stories like James’ by requiring safe and responsible gun storage. Licensed gun dealers would also need to provide a locking device with all sales and transfers. And the state public health department would have to share information about safe storage.

I can understand why Sudanagunta might believe that HB 1106 is the answer to preventing these types of tragedies, but she either hasn’t read the bill or is ignoring the issues with the legislation that make it virtually useless as a suicide prevention measure.

Fundamentally, the legislation is reactive in nature. It punishes gun owners after the fact if a firearm is used by a juvenile in the commission of a crime or a suicide, but it does nothing to actually ensure that those firearms are kept under lock and key.

Secondly, the bill contains a very important exception to criminal prosecution: gun owners who allow their children access to a firearm have an affirmative defense. If you allow your teen to be able to use a firearm for self-defense, or for hunting, protection of livestock, etc. you can’t be prosecuted if they end up misusing the firearm.

Now, I think that language is good, considering that we’ve seen cases where juveniles have had to use a firearm in self-defense in their homes, but as far as gun control activists are concerned, it will soon be a “loophole” that needs to be closed, because it forecloses the possibility of enforcement (even after the fact) in many cases where a juvenile gets ahold of a gun and uses it in the commission of a crime or to harm themselves.

In truth, there’s a better way to address this issue than through another gun control bill. Education and training is key; not only for gun owners but for juveniles as well. Parents need to know the warning signs for depression and suicidal ideation in their children, and kids need to be taught from an early age that guns aren’t toys. Mandating that a program like the NRA’s Eddie Eagle program be taught in schools would be a step in the right direction, but so would a public awareness campaign focusing on mental health.

The best thing that lawmakers could do is to quit trying to ban and arrest their way to safety and address the glaring problems in the state’s mental health system, which has only gotten worse over the past year.

“We are providing more services now than we were prior to the pandemic starting,” said Dr. Carl Clark, the president and CEO of the Mental Health Center of Denver. “It’s not only that more people are coming in, people are not leaving as quickly either because of sort of the ongoing stress that’s going on, and crisis calls are 30% higher now than they were a year ago.”

According to the Kaiser Family Foundation, during the pandemic, 41% adults in the U.S. have reported symptoms of anxiety or depressive disorder as compared to 11% of adults in 2019.

Colorado ranks 47th in the nation overall for its handling of mental health needs in the state. The ranking system looks at things like access to care, mental health workforce availability, youth rates and more.

Despite the increasing need, Colorado is also dealing with a mental health provider shortage. Dr. Clark and others consider the mental health shortage in the state a crisis, saying during the pandemic the state was keeping track of hospital bed capacity, but the state already breached its capacity for behavioral health help years ago.

“We get calls all the time where people with insurance can’t find a provider. They’re going to the provider list provided by their health plan, and they’ll call us and say, ‘We have called everybody on this listm and no one is taking patients,’” Clark said.

The waitlists are longer in rural areas where access to care is more limited.

Clark has a friend on the Western Slope who was told she would need to wait for eight months in order to be able to see someone to help her with her depression.

Colorado has one of the worst mental health systems in the country, and another gun control bill isn’t going to do anything to address that fundamental issue. Instead, it allows lawmakers to say they’re doing “something,” instead of actually doing something that works.