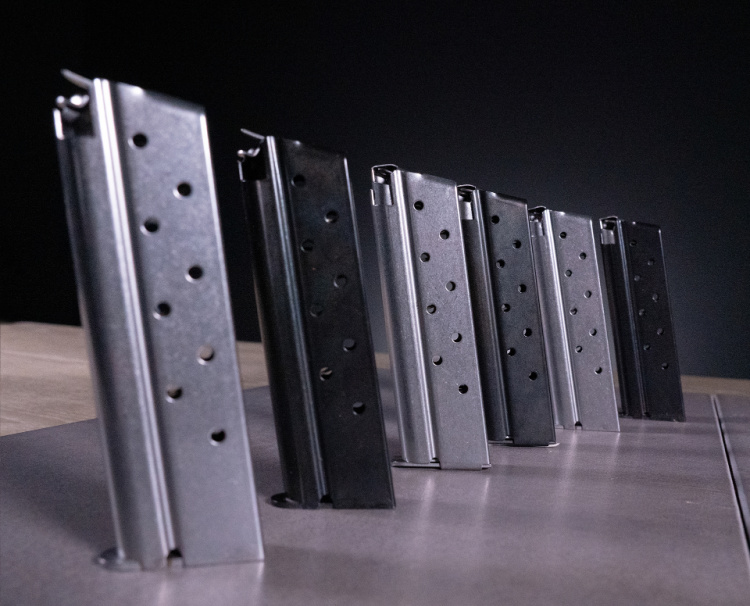 Since its release back in 1929, the .38 Super cartridge has ebbed and flowed in popularity. Some say that in North America, the load is now almost entirely confined to competition shooting and collectors. Other devoted followers contend that it remains a solid self-defense cartridge.

As some put it, the cartridge hits harder, is easier to shoot, and you get more ammo capacity than you do with a .45. Many shooters, most notably those who do their own reloading, prefer .38 Super over 9mm for the ballistic advantages and ease of reloading.

If you’re reading this because you’re looking for some new mags for your 1911 Commander in .38 Super, you’ve come to the right place. 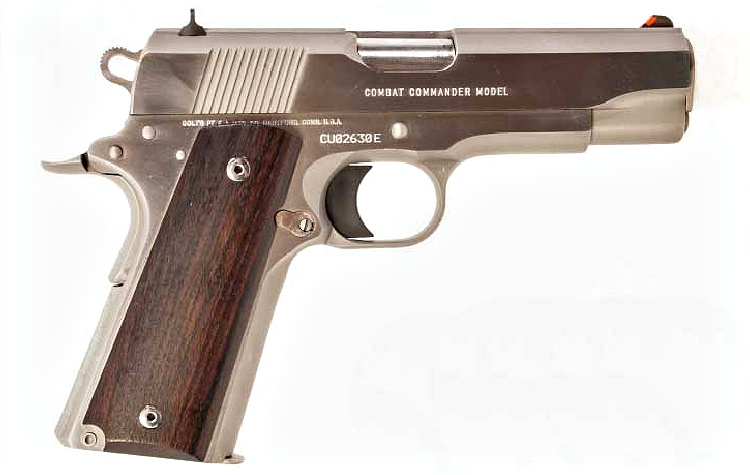 At GunMag Warehouse, we’ve got six options for you to choose from, all from Metalform, the company that makes mags for OEM companies like Colt, Kimber, S&W, and Springfield Armory. These companies trust Metalform to make the mags that they send out with their new handguns. Metalform mags earn high praise out in the field and are known for exceeding performance expectations.

The cartridge was first intended for law enforcement back in the Great Depression, offering more power than their .38 Special revolvers and .45 ACP pistols. With a higher velocity, the Super had the potential to penetrate the vehicles and soft armor used by the new breed of criminals like Baby Face Nelson and John Dillinger.

At the time, it was the most powerful round for semi-autos in the USA—one of the first handgun cartridges that relied on velocity, rather than size, to get results. Folks on both sides of the law developed a respect for the .38 Super. Baby Face Nelson actually had a custom 1911 built by gunsmith Hyman Lebman chambered for the Super with a custom 22-round extended magazine and Thompson foregrips. 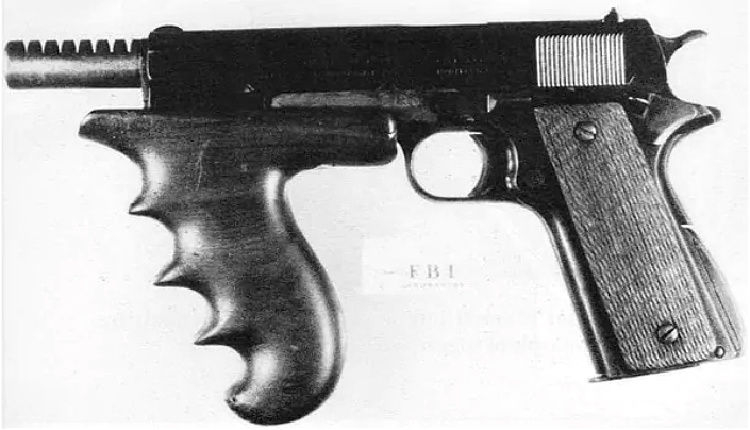 The load was popular for several years, but it took a second seat when .357 Magnum came around in 1935. In those days, lawmen were more likely to use revolvers.

In the early 80s, the .38 Super made a real splash in the competition world. International Practical Shooters Confederation (IPSC) competitors began experimenting with various loads and found that the Super offered several advantages. With a smaller case diameter compared to .45 ACP, the Super allowed for an increased capacity of two rounds. And not only did it meet the power factor requirement, they learned that by fitting their pistol with a muzzle brake, they were able to reduce recoil and get faster follow-up shots.

Currently in the competition world, .38 super still retains a strong following even if it doesn’t quite retain the dominance that it once did. Proponents argue that since the 9mm is more difficult to load to Open Division specs, it’s unlikely that .38 Super will fade from use.

Considered a “recreational” load, the .38 Super has also been a popular cartridge in Latin American countries due to restrictions on “military” calibers like the 9mm or .45 ACP.

You’ve got several choices to make with these mags. As for construction material, you can choose from cold-rolled steel or stainless. Also, do you want a welded base plate that’s going to fit flush or would you prefer a removable base plate that you can customize? Do you want a round or flat follower?

What is a flat follower?

The flat followers are the original Colt design followers and provide for that classic 1911 magazine look and function. They’re made of a high-strength heat-treated stainless 400 series for long-lasting performance and rigid slide lock action.

How is a round follower different than a flat follower?

Metalform round followers have an anti-tilt design that results in fewer potential nose-diving issues during chambering. Also, with the round top, the ammo has radius-to-radius contact to the follower that mimics another round below the final one. This provides for smooth chambering of the final round into the barrel.

Ready to take a look? Each of these Magazines offers a 9-round capacity. Our guy Daniel made a video for each model so you can learn more about it. Let’s check out the magazines with welded base plates first, then we’ll check out the ones that have removable base plates.

Welded base plates have a flush fit with your gun and are more easily concealed. Cold Rolled Steel with Round Follower 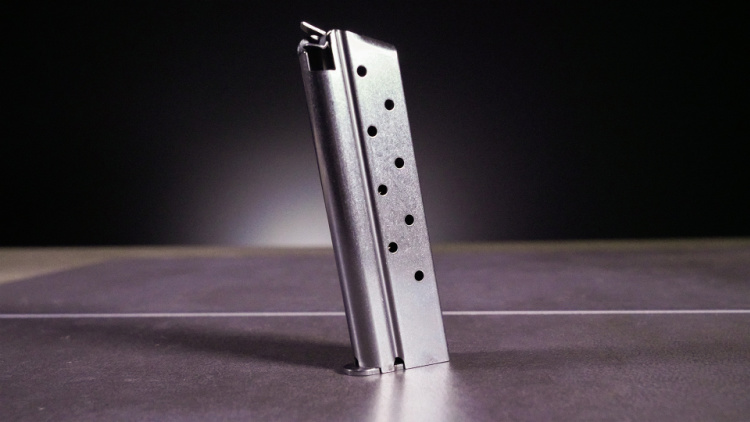 Metalform mags are engineered to deliver reliable performance in even the most extreme conditions. Metalform magazines are a great all-weather upgrade for your .38 Super 1911.

Stainless Steel with Round Follower

1911 Commander .38 Super Mags with Removable Base

Removeable baseplates make it easier to get into your magazine for cleaning, and you also have the opportunity to upgrade the magazine. Both of these magazines come with a round follower, with your choice of cold-rolled steel or stainless.

Cold Rolled Steel with Round Follower 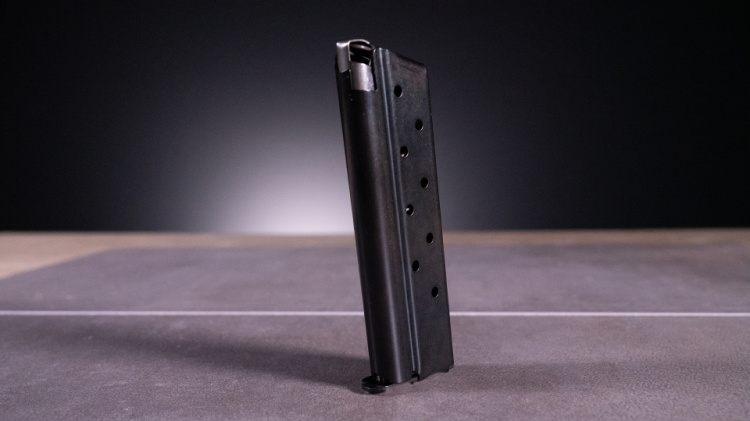 These Metalform magazines are designed for combat- and competition-ready performance.

Stainless Steel with Round Follower 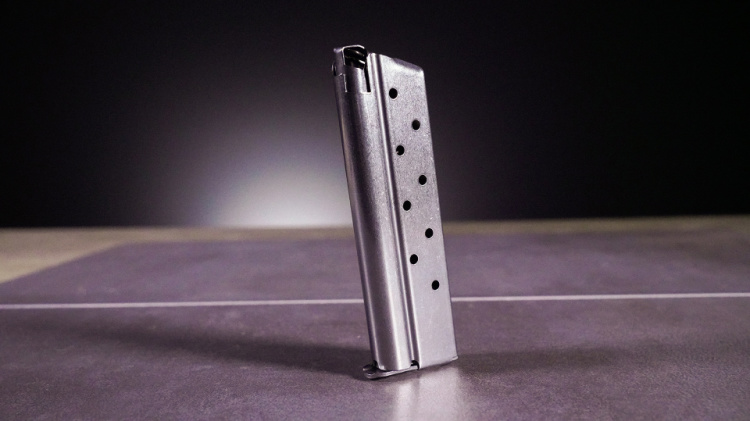 This magazine is made from tough stainless steel with wide-cut witness holes and steel internal springs.