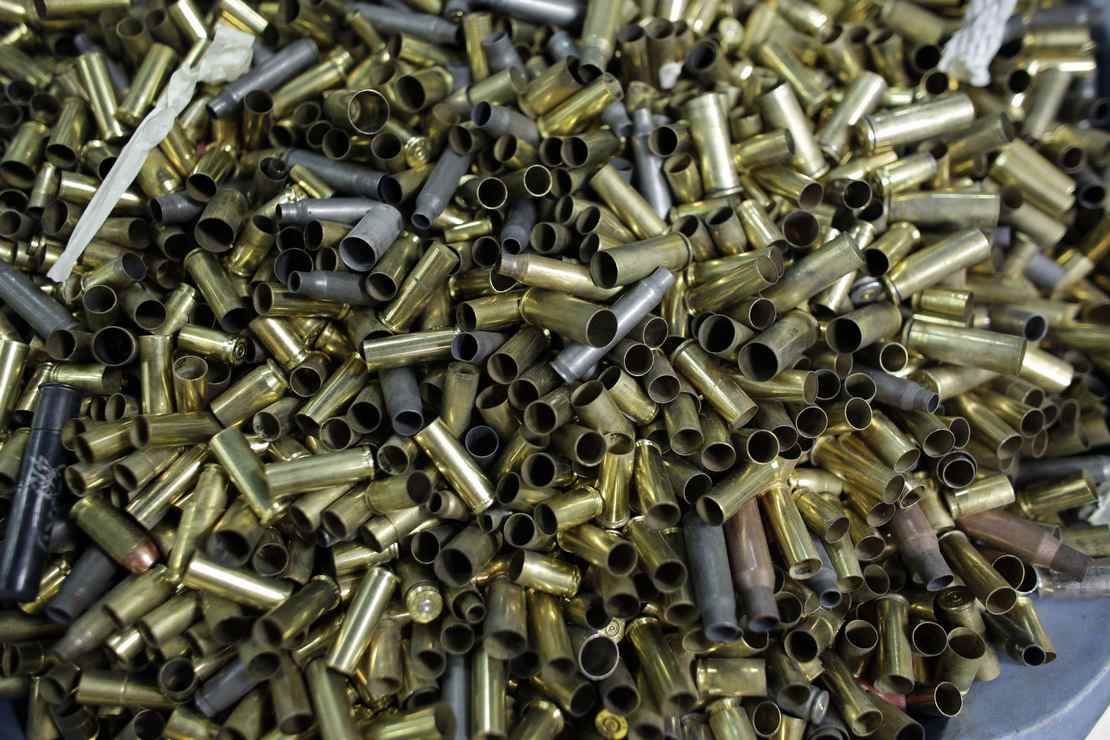 They can, however, have toys that sort of look like firearms. That’s still allowed.

Further, while police may stop someone walking down the street carrying a firearm–especially if they know the individual and know they’re a convicted felon–they won’t if someone is carrying something like a Nerf gun.

So it’s not surprising to find some criminals will try to disguise their guns as toys to avoid scrutiny. That’s what one North Carolina bad guy allegedly did.

Officials arrested a 35-year-old man in Catawba County this week after finding a real gun disguised as a toy gun during a drug raid.

The pistol and a 50-round drum magazine were painted to look like a blue and orange Nerf gun , including a Nerf-looking label.

Police found around 20 other firearms inside, along with drugs and $2,300 in cash.

Somehow, I don’t think that came from their stimulus check. Let’s just call it a hunch.

Of course, this isn’t the first we’ve seen this. I’ve seen numerous other instances of it happening. It’s not overly common, mind you, but it does happen.

And these guys don’t really give a damn about the ramifications of this, either.

See, toy guns don’t look like regular guns anymore because of laws passed after several kids were shot by police over realistic-looking toy guns. The law mandated changes to try and prevent kids from getting hurt. That’s when we started seeing guns in bright colors that might have the right shape for a gun, but couldn’t be mistaken for such a thing.

Now, we have criminals painting their real guns to look like toys.

What’s going to happen is that the more prevalent this becomes, the more we’re going to see someone start shooting at police with these toy-looking guns.

If that happens enough, police aren’t going to assume these are toys. Why should they?

Unfortunately, the downside of this is that they’re going to assume a lot of toys are actually weapons. That means kids playing with toys are possibly going to get shot because of these guys pulling this stuff.

Not that they care.

Let’s be honest here, this is the absolute selfishness of the criminal put on display for the world to see. They don’t care about the consequences of their actions, only about what they can get away with. Who cares if some kids die because of it? They’ll pretend they had no role in this, despite all evidence to the contrary.

Now, let’s be clear, some law-abiding citizens paint up their guns to look like non-guns. I remember one job where a real firearm was made to look like the light gun from a Nintendo system. I’m not really sweating those guys because they’re not going to shoot at the police. I don’t think it’s a good idea, especially if you have kids, but whatever.

This is different. These are people who are going to lead to kids being killed.

We need to talk about how to address this, preferably without interfering with what law-abiding citizens do, but we can’t pretend it’s not an issue and never will be, either.