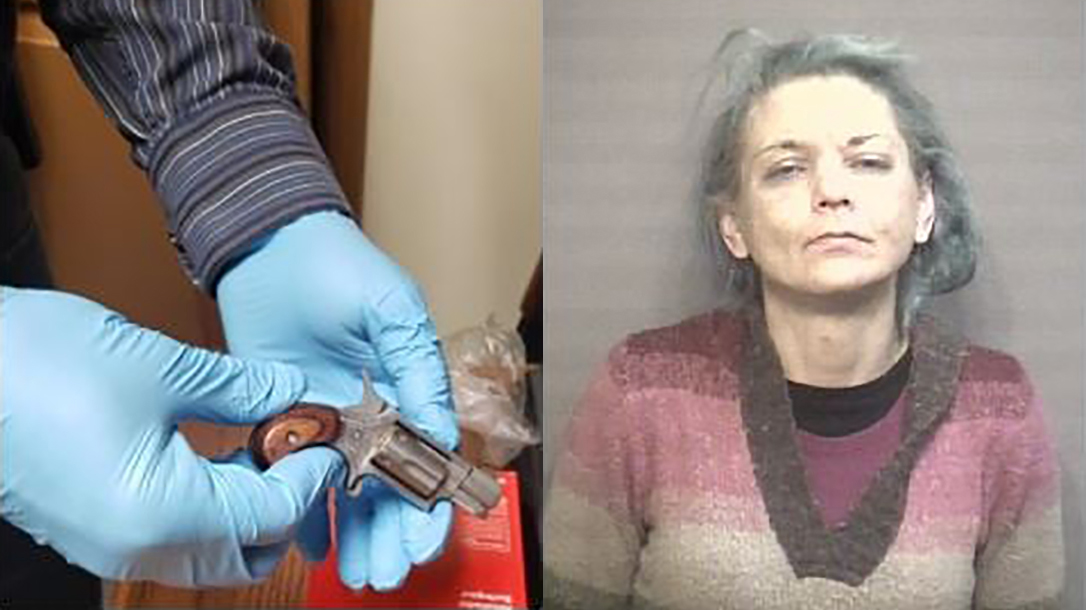 We don’t condone criminal behavior here, obviously. But this incident, I mean, you kinda gotta acknowledge the effort. The Boone County Sheriff’s Department in Missouri reported recently that detention staff located a firearm within a housing unit. It alleges a detainee, identified as Amy Wilhite, took concealed carry to a new level, concealing a firearm within a body cavity.

Now we know prisoners will often do some crazy stuff. They’ve been known to use body cavities before to be sure. Drugs, shivs, and other contraband always seem to find their way into prisons and jails. But guns, well that’s another matter entirely.

The reported gun in question: A North American Arms .22 revolver. The police photo appears it could be a classic version of the company’s .22 Short. Personally, we would have bobbed the hammer, but nevertheless a great choice for body cavity concealment it seems.

Police found the revolver among the personal belongings of 39-year-old Wilhite. Arrested Feb. 14, authorities didn’t discover the pistol, incredibly, until March 3. So for more than two weeks, the inmate reportedly served time locked and loaded, inside the jail!

Police reports state officials searched the prisoner upon arrest, locating no firearm. The arresting officer allegedly searched her, before she then went through a pat search, followed by a procedural strip search. Officials found no weapon in any of the three searches. Finally, the weapon suddenly turned up, inside the detention center, among Wilhite’s belongings March 3. So how did it get there?

“At some time after being incarcerated at the Boone County Jail, it is believed Wilhite removed the firearm from her body and concealed it within her personal belongings,” said a Boone County Sheriff’s Department statement.

Luckily, the inmate failed to hurt anyone with the weapon prior to its discovery. Now she faces additional charges of Delivery or Possession of a Weapon at a County/Private Jail/Corrections Center.