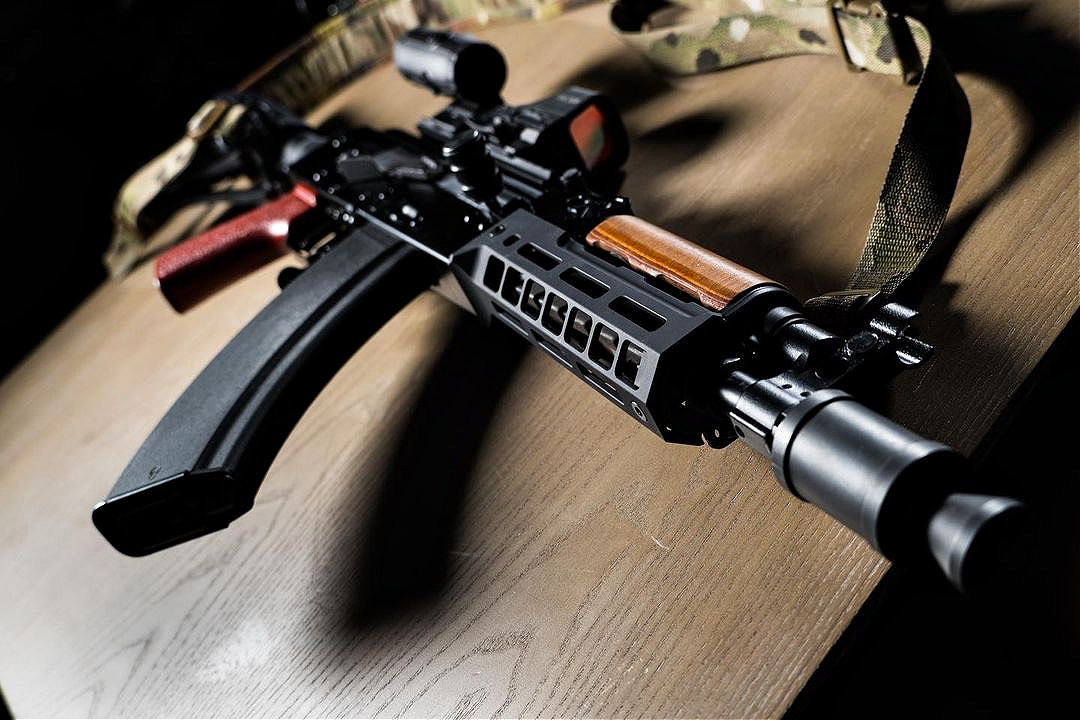 Like every good comrade, you love your AK. And like every good AK, yours gets hungry. You need to satisfy your rifle’s emptiness by refilling it with a reliable magazine. But what brand? Just like its freedom-loving rival, the AR, your AK has the glorious feature of cross-compatibility. AK mags fit pretty much every AK. That Mikhail Kalashnikov guy was no fool. He understood his brainchild would become the most popular rifle in the world, so he wanted to be sure everyone could use it for decades to come, long after its 1947 introduction.

Just because a mag fits into a gun, however, doesn’t necessarily mean it’s a good choice or gets you the best bang for the buck, pun fully intended. Some magazines are clearly better than others. While you could surf the web, ask the experts, and dig around for yourself to find the best one for your AK, you could instead just read this article and save yourself some steps and a lot of time.

With that in mind, here are our picks for the top AK mags.

If you want authentic, this is about as authentic as it gets. Created in East Germany (remember that country?) way back in the Cold War when the AK was in its heyday, the MILITARY SURPLUS Weiger, WASR3, SAR3 AK-47 .223 30-Round Steel Factory Magazine is the genuine article, straight outta Soviet-era factories.

Created in East Germany (remember that country?) way back in the Cold War, this is about as authentic as it gets.

Note, however, that these are not 7.62mm, the traditional AK round. Instead, they are .223, the anti-commie capitalist pig round. But if you have a .223 AK, you’re in luck! Don your woolie Red Army hat and your American flag on your way out the door.

There is a certain delicious irony of AK parts and accessories – and whole rifles, for that matter – being made in the USA. Imagine the look on Stalin’s face if he saw his greatest enemy profiting off his homeland’s coveted design. It brings a giggle to every red-blooded American. But US Palm does exactly that with its full polymer AK30R AK-47 7.62x39mm 30-Round Magazine.

Imaging Joseph Stalin’s disgust if he ever discovered AK magazines made by his most hated enemy, the good ol’ US of A!

Outside is US Palm’s signature “waffle and thread” pattern featuring wide with shallow indents along the sides and aggressive tank-tread style serrations along the front and rear of the magazine, providing lots of traction for reloads without losing your grip. In spite of the robust texture, the outside surface is snag-free, allow for easy extractions both from the mag well and your mag pouch. Inside is a steel mainspring and self-cleaning, low friction polymer follower provide smooth, reliable feeding.

For over 50 years, Bulgaria has produced some of the fines, most authentic AK magazines on the market, basing their designs on the original Soviet-era Kalashnikov. These standard capacity slab side magazines feature a sure grip finish, steel reinforced feed lips & internals, and a full 30-round capacity.

For over 50 years, Bulgaria has produced some of the fines, most authentic AK mags on the market.

Remember when we questioned the reliability of Eastern Bloc-produced goods? Well, don’t worry about these AK magazines. If anyone knows how to make them it’s the people who have shot them since 1947. Each magazine has passed rigorous military testing for function, strength, sand/dust tolerance, water, and temperature tolerance.

From the name synonymous with top-quality rifle magazines comes their variation on the AK 30-rounder that upholds Magpul’s longtime reputation for magazines that last.

Can you find a name any more synonymous with top-quality magazines, for AKs and everything else?

Designed for Kalashnikov pattern rifles in 7.62x39mm (AK-47, AKM, AKS, SIG556R, and others), these lightweight yet durable polymer ammo feeders are all made in the USA and feature Magpul’s signature steel-reinforced locking lugs, which help ensure positive seating for faster, easier, more reliable reloads. The top-quality reliability and durability essential for operating in the field come from durable stainless-steel internals and ribbed gripping surface, along with thicker sidewalls and other key innovations.

Again, who better to service AKs than a former Warsaw Pact country? This time it’s Serbia, the home of Zastava and their AK-47 Bolt Hold Open 7.62x39mm 30-Round Steel Magazine. In fact, Zastava predates the AK-47 by almost a hundred years, with origins as far back as 1853, when it made cannon barrels and howitzers. Since then, they have specialized in AK parts, including magazines.

Born from over 150 years of Serbian gun-making experience, dating back to long before AKs were even a thing.

Made from all steel, these combat-ready surplus AK Mags are crafted from durable steel with a ribbed gripping surface and steel spring internals. Chances are the original of these magazines saw some pretty extensive combat in the Serbian during the many years of conflict in the region, so the folks at Zastava might know a thing or two about firearms.