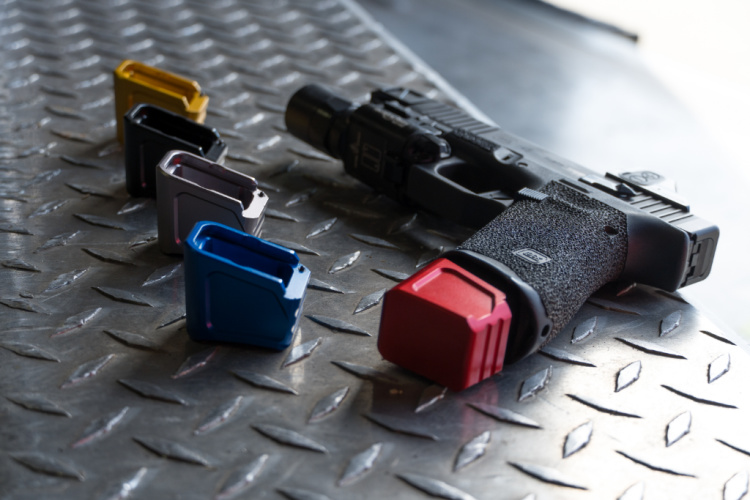 If you want more ammo in a magazine, you really only have two options: buy a longer magazine – either aftermarket or factory – or add an extension to your existing mags. While buying a longer mag is certainly a viable option, with quality and reliability as a known quantity, there are benefits to adding a mag extension instead that you won’t get by simply purchasing longer factory mags.

For the unfamiliar folks out there, magazine extensions, (also called “plus base pads”), use your existing magazine but add a few extra rounds by replacing the original base plate with a small box and longer follower spring that sits a half-inch to an inch lower inside the magazine to accommodate a few additional rounds, typically two to five, depending on the brand. While this may not sound like a lot of extra ammo, those few extra rounds aren’t the only benefit to an extension. But we will start with that one.

You can never have enough ammo.

Okay, this one is obvious, but it gives us a jumping-off point. The first and clearest benefit of a magazine extension is the extra rounds. While you won’t double your round count with an extension, the few extra it does provide can make the difference in winning a gunfight, scoring better in a competition match, or just having more fun at the range. The less you need to reload, the better, since reloads take your gun out of the fight, even if for only a moment. In a life-or-death struggle, this can mean death.

In competition, it can mean a few precious seconds wasted because you had to change mags in the middle of a target sequence—the difference between finishing in first and last place.

For fun on the range, who wants to waste time stuffing mags? Even if you’re not at a pay-by-the-hour range where you’re wasting valuable time, wouldn’t you rather be shooting than reloading? Extensions let you get more rounds out of each magazine, adding to the fun. 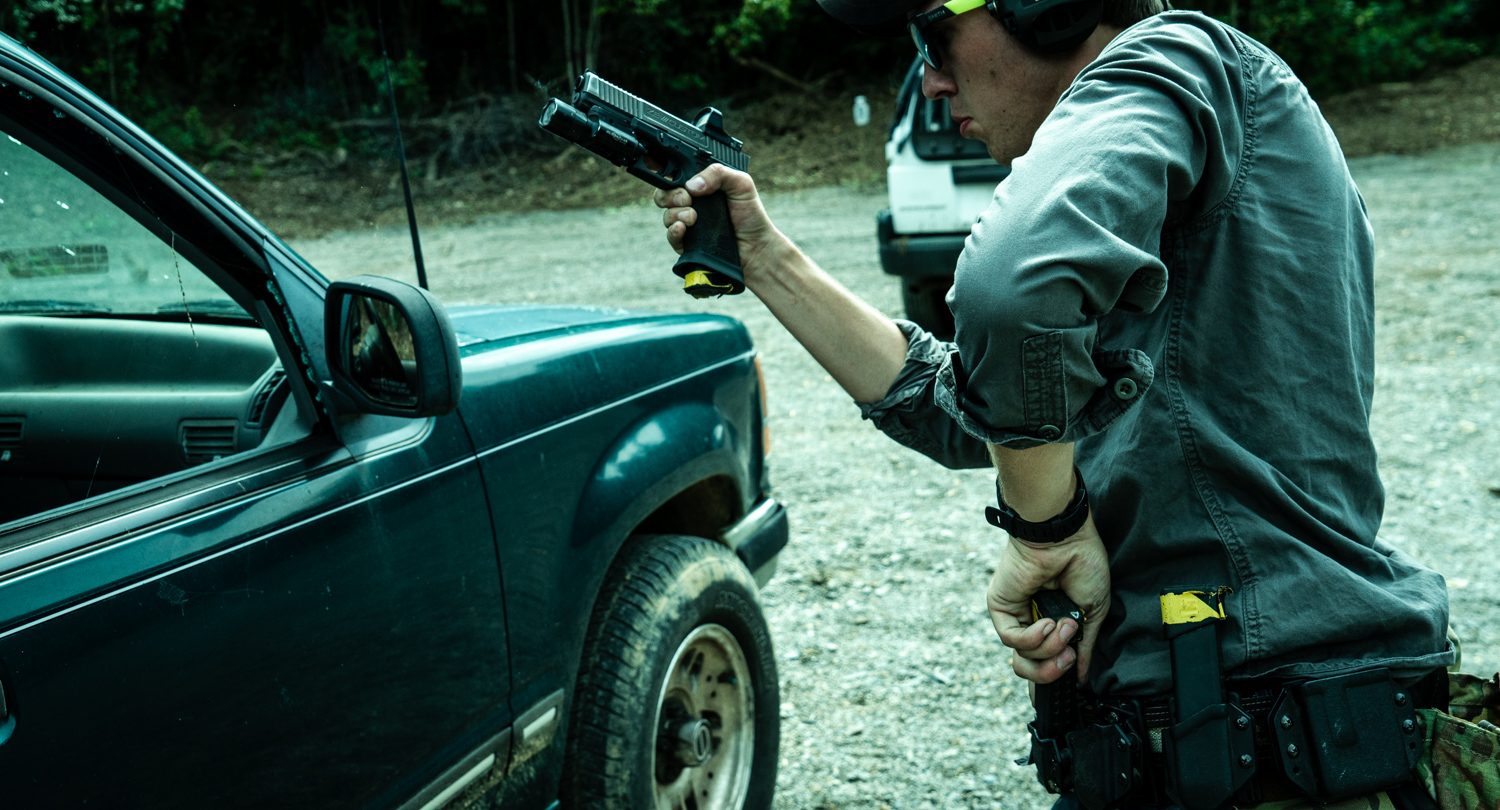 Get a grip! Or at least a better grip, thanks to the larger base of extensions.

Speaking of reloading, it’s easier to grab a magazine if it’s bigger. Just ask anyone who has tried to speed reload a subcompact.

At the risk of playing Captain Obvious (you do not want to see me in tights), it should come as no surprise that smaller is definitely not better when it comes to reloading, when the tiny magazine can easily slip out of your hand, land on the ground, and be out of the fight. And if it’s the only spare you have, well, you’re toast.

By offering more gripping real estate, mags with extensions give you the edge over factory-only mags because they fit better in your hand. Grabbing one out of the mag pouch is easier with the wider base of an extension. 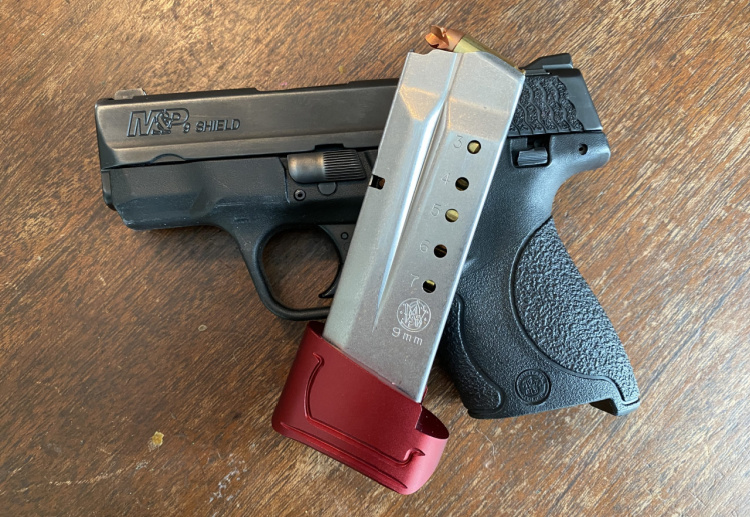 If you’ve ever had a tough time extracting an empty mag either because it’s too light to drop free on its own or the materials inside the mag well prevent easy extraction, you’ll love mag extensions.

The box that accommodates extra rounds also adds just a bit of extra weight to the bottom of the magazine. It’s not enough extra weight to affect your draw or recoil management, but it is enough to help the empty magazine drop free easier, especially if you’re dealing with polymer-on-polymer, such as a Glock. 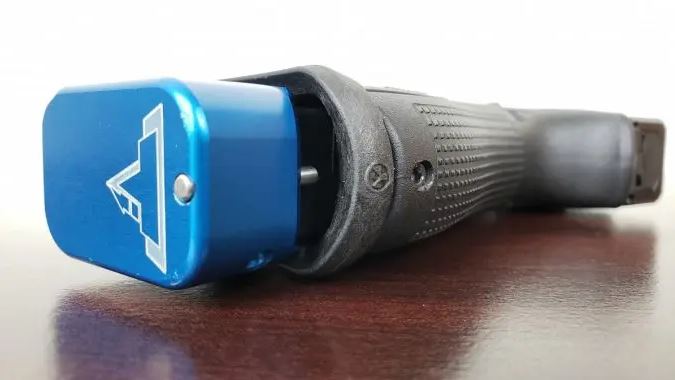 Mag extensions tend to be more rugged than factory mag base plates and can take more of a beating.

4. Tougher than Standard Mag Base Plates

One thing I always tell my students is that magazines are like tires on a car: they will eventually wear out and/or break. They aren’t built to last forever. And they aren’t covered beyond a year with most manufacturer warranties, which means if you break one, you’re on your own to replace it.

If you shoot a lot, as many of us do, you’ll work on mag changes, which means the empty mag will drop to the ground or floor, and we all know what happens when plastic parts land on rocks or concrete. Do this enough times and the baseplates will crack.

Most magazine extensions, however, are made from metal — typically aluminum — and will stand up better to the repeated abuse of mag change drills. They might dent on the bottom, but that won’t affect performance.

The biggest — and most logical — complaint about little guns is they are hard to shoot because they are so small. In order to achieve maximum concealability and reduce printing, they have to have shorter grips than their bigger brethren. The drawback to this is shootability. It’s hard to get a solid grip on a smaller gun. Duh, right?

One way to solve this is to add an extension to make room for your pinky and in doing so get better leverage to reduce felt recoil. All this equates to better, quicker, more accurate follow-up shots, a must in many defensive engagements where one shot probably isn’t going to take down the threat. 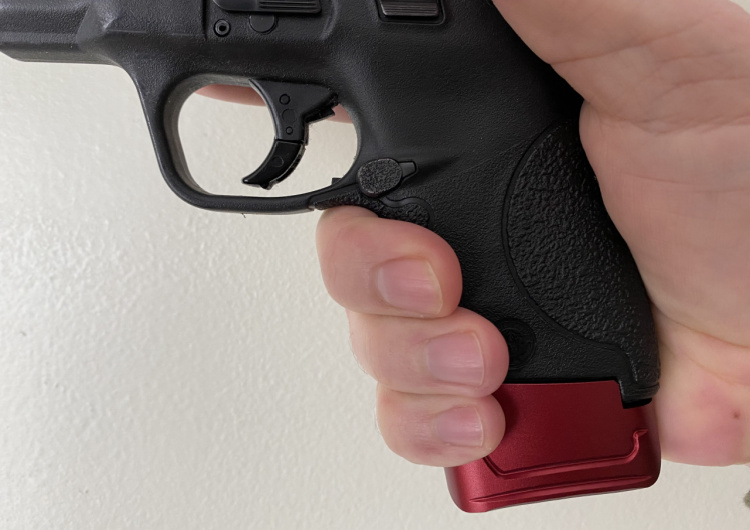 The added length also increases capacity, the other big complaint about smaller guns. Concealed carry is always about compromise: capacity vs. size. Typically size wins and capacity becomes a secondary consideration. But by adding a small extension with two or three more rounds, you can bring a compact or subcompact almost up to a mid- to full-sized gun capacity.

Do you want to add a bit of “cool factor” to your gun? How about quickly identifying your mags vs. the mags from other shooters around you?

Whose mags are whose? Color code yours with mag extensions.

Sure, you could pull out a Sharpie or paint pen and write your initials on all your mags, which is a viable yet somewhat sloppy solution, especially if you have less than stellar handwriting. Perhaps you missed your calling and should have become a doctor. Distinguish your mags from others with a brightly colored extension that sets them apart from the ordinary.

One reason folks get extensions instead of just buying extra mags with more capacity is cost. As you’ve likely discovered, magazines, especially factory magazines, aren’t cheap. Glock mags, for example, run between $24.99 and $35.99 on our site, depending on capacity. Magazines for some more expensive guns can be much higher.

Depending on the brand, some magazine extensions are less than the price of a magazine, so it makes sense to save a few bucks and just add some rounds to your existing mags. Sometimes, however, new mags and extensions are about the same. This is really a case-by-case call.

Fit May Vary by Brand

A quick word of caution: make sure the extension fits your mags.

Some mag extensions even come with instructions to shave off part of the existing magazine to make them fit. This is fine so long as you don’t mind permanently altering your factory mags. But there’s no going back. Once it’s shaved, it’s shaved, and no amount of glue will fix it.

I ran into this with some Magpul Glock mags. I didn’t shave the edges or ears because I didn’t want to permanently alter perfectly good mags. But now I know that if I ever want to add an extension, I need factory mags or be willing to go to work on some aftermarkets. And so will you.

Whether you choose extra magazines or mag extensions, be sure you practice your basic shooting skills and mag changes regularly to maintain these highly perishable skills.