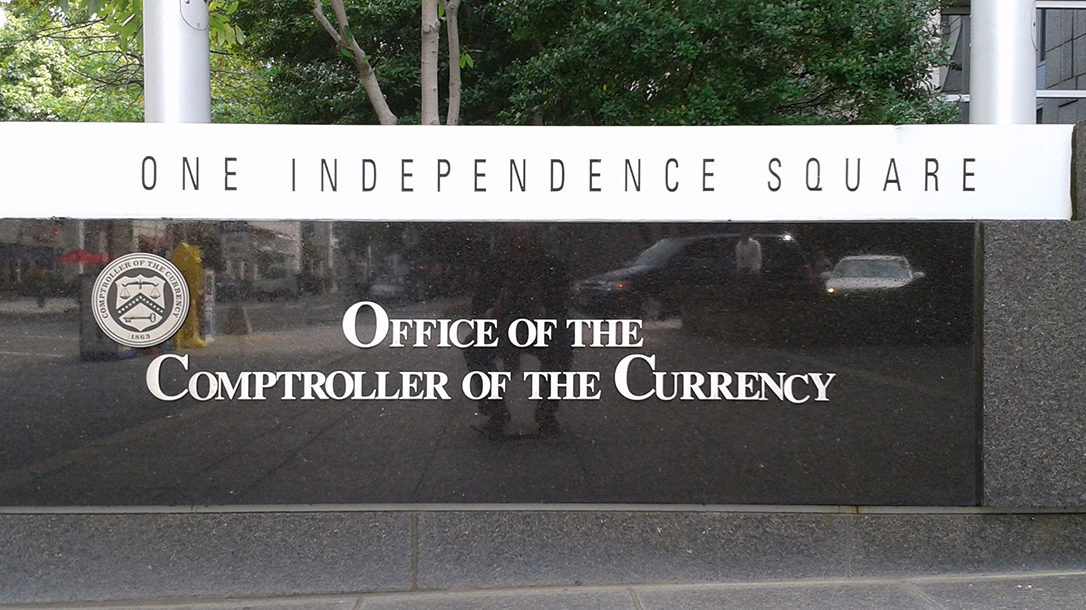 The following on anti-gun banking is from Lawrence Keane, senior vice president, and general counsel for the National Shooting Sports Foundation.

President Joe Biden is beginning his predicted attack on the firearm industry. The new Biden administration took its first shot across the bow, giving banking executives top cover to openly discriminate against a Constitutionally protected industry. The plan mimics Operation Choke Point, run by corporate bankers instead of government bureaucrats. They’re employing cancel-culture with tacit nod-and-wink by those appointed to watch the bank vault.

Instead, the Biden administration is giving banks free reign to conduct their own purity tests for who gets a loan and who doesn’t.

The National Shooting Sports Foundation worked with The Trump administration, the Treasury Department’s Office of the Comptroller of the Currency and Congress to hammer out a rule that would have put an end to corporate banks instituting corporate policies that would deny banking, credit and payment services to those in the firearm industry and other industries the Left dislikes. The rule finalized in the waning days of the Trump administration. All that was left was the ministerial act of publication in the Federal Register.  Instead, the OCC – now under new management – suddenly paused publication of the Final Rule to give the Biden administration a chance to review it.

That’s Washington, D.C.-speak for it’s never going to see the light of day.

While the Biden administration froze Executive agency rule making, the OCC is an independent agency. The White House and newly confirmed Treasury Secretary Janet Yellen clearly put pressure on OCC to yank the rule back, preventing publication. The “pause” of the rule’s publication follows a pattern. It’s siding with special interest groups with deep pockets. It’s billion-dollar banking deals over mom-and-pop retailers and budding local manufacturers. But it’s not David versus Goliath. It’s Goliath versus the guy who made the sling David used to slay the giant.

The Biden administration crushed the idea before it could take root and ensure the game would be rigged against the firearm industry. It allows gun control through financial discrimination. The Biden administration doesn’t have to get its hands dirty. The banking industry is glad to do that for them. The administration just needed to clear out this one small legal obstacle on the road to attacking firearm manufacturers, retailers and ranges.

The OCC proposed the rule that banking decision for their customers should be based on risk assessments and creditworthiness of individual customers, instead of relying on “broad-based decisions affecting whole categories or classes of customers, when providing access to services, capital and credit.” In other words, banks should actually do what they’re charted to do. They should examine a customer’s assets, terms and conditions of financial agreements and their credit history. They shouldn’t make that decision because they find the business they’re in particularly distasteful – especially when it’s the same industry that provide the tools to U.S. military to safeguard our nation and law enforcement to protect our communities.

That has all been shelved. It reverted to the status quo. Corporate banks that have benefitted from $498 billion taxpayer-funded bailouts, and still insure their deposits with taxpayer-funded insurance through the U.S. government, are dictating who wins and loses in the business marketplace. It is not a decision on who has a better product, better plan or more customers. It is a decision banks are making because they don’t like the product. Corporate banks like Citigroup, Bank of America, JP Morgan Chase and even Wells Fargo, among others, have adopted policies that are openly hostile to gun companies at worst and ghosting those business at best, by terminating any further business and letting those existing financial relations expire.

Up to Old Tricks

The Obama administration, through Attorney General Eric Holder and the Department of Justice’s Operation Checkpoint, initiated a similar policy. Administration officials directed through the Department of Justice and Federal Deposit of Insurance Corporation – all while using taxpayer dollars to insure corporate billion-dollar banks – to openly discriminate and end financial relationships with entire industries. The Justice Department later admitted the initiative proved inappropriate and claimed it terminated. Congress denounced it as patently illegal.

Yet, it lives. Banks have been doing it for the bureaucrats. They claim it is a matter of “reputational risk,” yet offer no proof. They flout rules that tell them to “avoid termination of broad categories of customers without assessing individual customer risk” and press ahead with a political agenda driven from corporate ivory towers. And they ignore the longstanding anti-discrimination principle ensuring politically disfavored but lawful businesses maintain fair access to financial services under the law; that individual bank customers have a right to fair access to financial services based on their individual characteristics and not on their membership in a particular category of customers.

The Biden administration gave them an approving wink-and-nod to carry on by killing this rule.