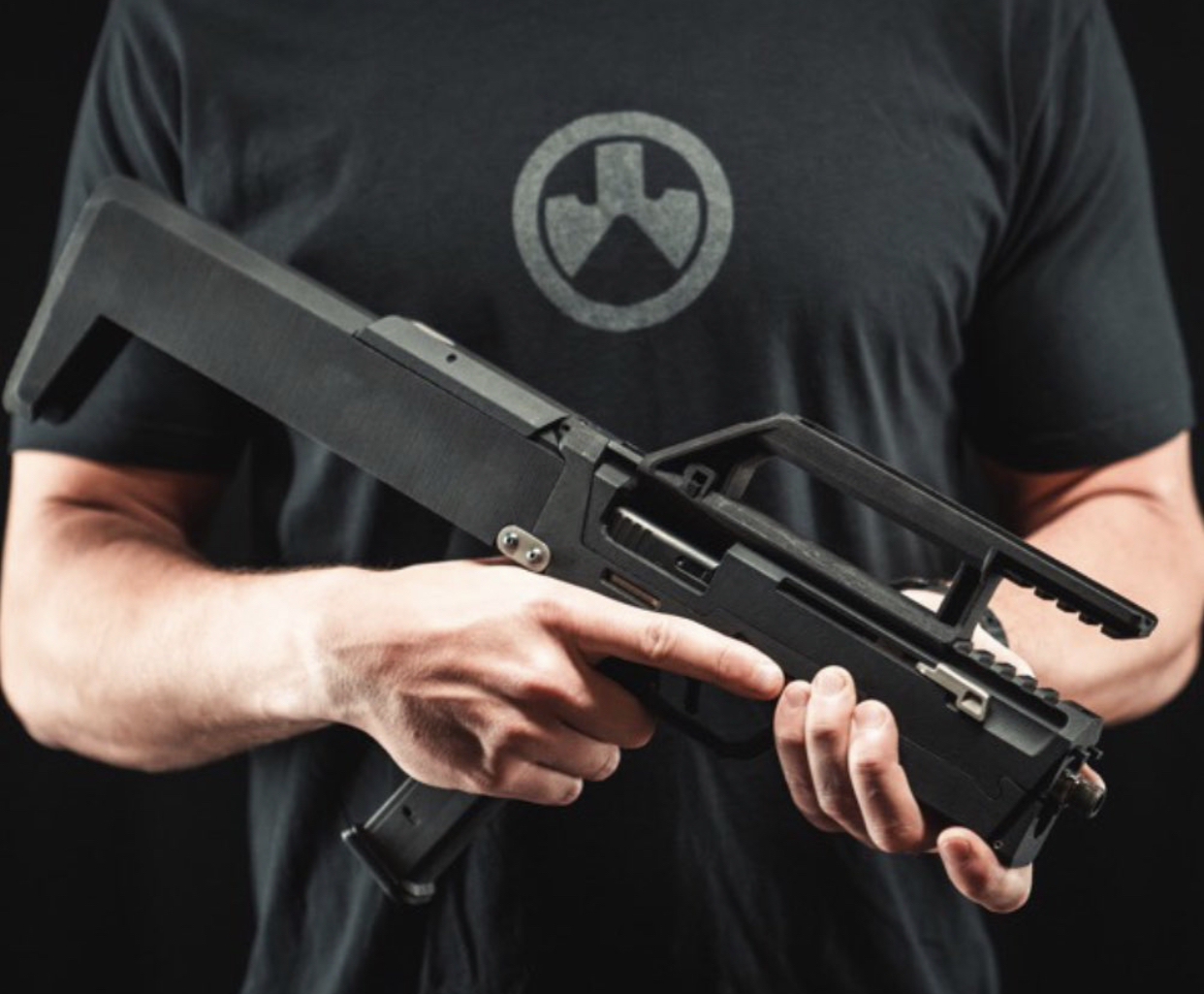 As the finale of Magpul’s “Magpul Week” came to a close, the 10 products listed were topped off with the return of the coolest gadget of 2008. The FMG-9 was a folding Bond Gadget type of coolness that just screamed two things, interesting engineering, and fun for the hell-of-it. It brought the total to 11 items.

Now thanks to a partnership with ZEV the FMG-9 is coming to life for 2022. The FDP/FDC will emerge as a commercial product.

Not only is this a cool throwback to the early skunk works style innovative days of Magpul, it is a fulfillment of past hopes. Not promises, just hopes. And with this fulfillment comes another that I want to voice.

Will this also mean a return of the Masada? Could I run a Masada with a Masada as backup?

Not the ACR, not the disappointment that the mishandled project became.. that finally landed at an alright product, way too late and already surpassed…

(Yes, I own one. Yes, it’s an alright functional product… now. Yes, Bushmaster and Remington crashed and burned in the 4th Quarter of development and release on the ACR so badly that the Detroit Lions called to see if they wanted to try out)

… I am talking about the Masada. Something that Magpul could absolutely pull from the darkness and deliver a rifle worth competing against with the likes of H&K, FN, SIG, LWRC, LMT, IWI, and KAC.

But that is purely fantasy at this point… but… so was the FMG-9 until a few short days ago.

But back on the topic at hand. The FMG-9’s triumphant return in a commercial format is a move the company can capitalize on. If the product performs. In the case of the ACR, Magpul had largely divested themselves from the final item and only produced the contracted parts. In this case Magpul is a full partner in the release with ZEV. It isn’t a hand-off, it’s a joint effort. I think it will pay dividends, and if it does we could see more returns and updates.