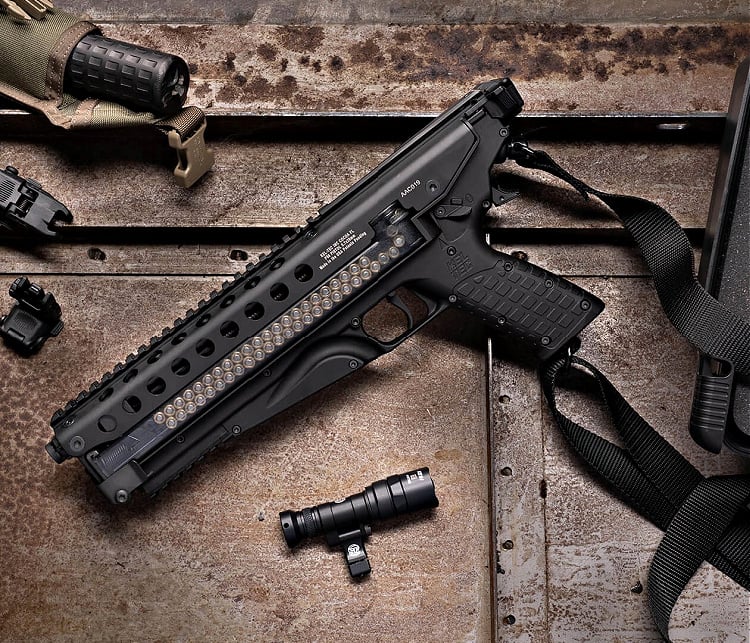 Some guns just aren’t meant to blend in. They stand out, far from cookie-cutter. Such is the case with the new KelTec P50. In what appears to be a mashup of Ridley Scott movie magic and the weapon of choice for the alien species from Independence Day, the new KelTec P50 in 5.7mm landed on Earth earlier this month. 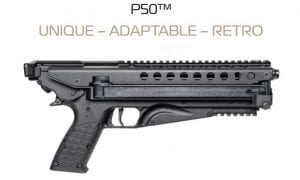 To say this is Unique – Adaptable – Retro, as KelTec touts, is an understatement. This pistol is sci-fi movie ready with no modifications.

While the shape and size of the P50 might be a bit off-putting, the reason for the oddity will likely attract more than a few new followers: 50 rounds of 5.7mm fun. Laid horizontally along the bore axis and right below the barrel is a 50-round FN magazine – the same as on the P90 – that uses FN’s signature rotation system to deliver rounds to the chamber. The P50 comes with two of these round-stuffing mags.

Even though initial impressions might include a few “what the hell am I looking at here?” responses, awkward side glances quickly turn to eyes-wide awesomeness once the gun is in hand. 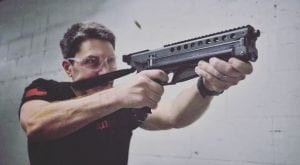 Follow your baseball coach’s advice and use two hands. The P90 has a convenient spot for your support hand up front.

For starters, there is a long 9.6-inch barrel that makes it not a rifle but long enough that nobody short of Mad Max can carry it one-handed for long. But this extra length provides a foregrip, complete with contoured hold point, so you can two-hand it for more accurate shots. 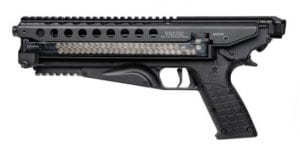 The KelTec P50 has a ferocious appetite for ammo, with 50 rounds packed inside an FN P90 magazine.

At 3.2 pounds empty, it’s a bit cumbersome to lug around untethered, but thanks to QD sling points on front and back, you don’t have to find the world’s biggest pistol holster to carry it.

Want to mount a light, laser, or some other goodie? Slap it onto the Picatinny rail running down the length of the top.

How about shooting more quietly? Throw a suppressor onto the 1/2-28 TPI threaded barrel that comes standard.