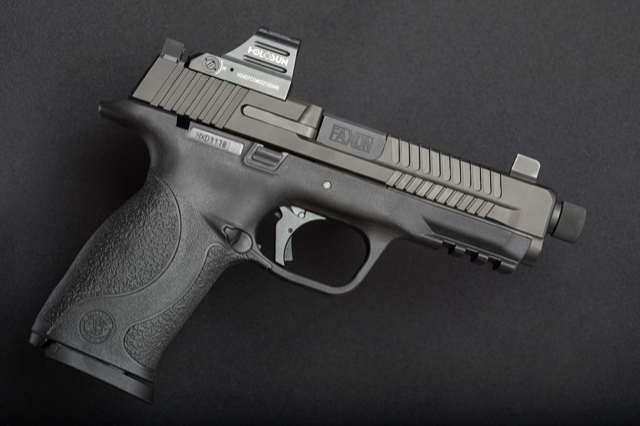 With the uncertainty of the election coupled with the violent rioting in many major metropolitan areas, new gun owners were minted at a record pace the past year.

Estimates were, that from March to September 2020, roughly five million people purchased their first gun.

No one expects that trend to stop in 2021. Here are other potential gun trends you can expect in the coming year.

Retail gun stores will continue to have a limited selection, backorders and waits for the most-popular pistols, as well as entry-level shotguns and AR’s.

The run on ammunition has been coupled with a run on the most-popular gun platforms.

A portion of that comes from new gun owners as they figure out the need for a utility home-defense gun, a convenient carry gun, a shotgun and perhaps an AR-15.

This is somewhat softened by brands like GLOCK and Smith and Wesson’s capacity, but even that has been consumed.

The larger brands like these do have some flexibility in what they produce, so with the GLOCK example, they can switch the line that makes G34 or G17L’s over to making G19 or G43’s.

However, that does have limits.

Those who have their basic defensive gun needs secured, have begun a trend towards more esoteric items.

This will continue as many people are taking advantage of price dips in obscure, niche or fun guns.

There is a section of the market who is taking advantage of all the attention (read as demand) for defensive firearms, to pick up that 6.5 Arisaka with a strong Chrysanthemum, a fully-engraved Smith and Wesson Model 27, or their “holy grail” gun such as a fully-functional MG42.

Many of these buyers are not able to buy their choices as new. They stopped making the MG42 a few decades ago, so those purchases fly a bit under the radar.

Trend #2: Optics will be one of the most popular accessories.

As the market ages, we are buying way more optics. This is most commonly seen in the explosive growth in red dots on carry pistols.

In previous years, most choices were designed around full-sized and duty-sized platforms. This trend continues, but many of the smaller carry guns are also getting optic options.

An example would be the RMSc cut on the Sig P365, which is easily filled with a Swampfox Optics Sentinel.

I already run a Holosun on my M&P carry gun and have for about 18 months. Not exactly an early adopter, but certainly ahead of many.

It also means that now, I am very comfortable with having a dot sight on my carry gun.

That means more of them will be appearing, as my cheater glasses are not exactly handy and you don’t get a timeout in a self-defense situation.

The manufacturers will continue to bring out new designs based on niche markets. This has been a trend for the last few years.

Many of the more savvy brands have seen the excitement and media exposure this brings from the hardcore niche fanboys and how it tends to spill over to their other product lines.

The Boberg bullpup would be a great example of this. The surge in popularity of optics is one of the gun trends that is probably here to stay.

Trend #3: Customization will be king.

The last of the gun trends that I am going to discuss is customization. This is something that I thought was mostly the arena of the experienced gun owner.

I was wrong. There are lots of people who have grown up personalizing many things they own. Their firearms are no different.

For some people, this simply means adding a Gunskin or a Cerakote job to make their GLOCK 19 look different.

Other people are doing what I did recently with a Remington 700.

My goal was to buy and build an action. It turned out that purchasing the rifle strictly to obtain the action was cheaper.

By the time the rifle was complete, it had a new heavier-contour Shilen barrel, a precision-machined recoil lug, Magpul stock and bottom metal, a Geissele trigger and a 20 MOA optic mount.

It is heavier, but has more capacity, much greater precision and does not overheat the barrel after four shots.

It is also, very obviously, no longer a factory rifle. My girlfriend really likes that aspect. Once we get the Cerakote done, it will be even more definitively HERS.

Where we hunt, there are definitely 300-yard shots, and the factory rifle was not capable of making them. With the current setup, the shooter is the limiting factor.

In my opinion, these segments of the market will see large growth in 2021. Many of the newer gun owners are not happy with basic guns that have no personal touches.

Combining this with the lack of supply in the new gun market, will drive many to spend their gun budget on upgrades.

Some of these will be DIY, while others will be sending the firearm to a custom shop.

What gun trends do you predict for the upcoming year? Let us know in the comments section below.