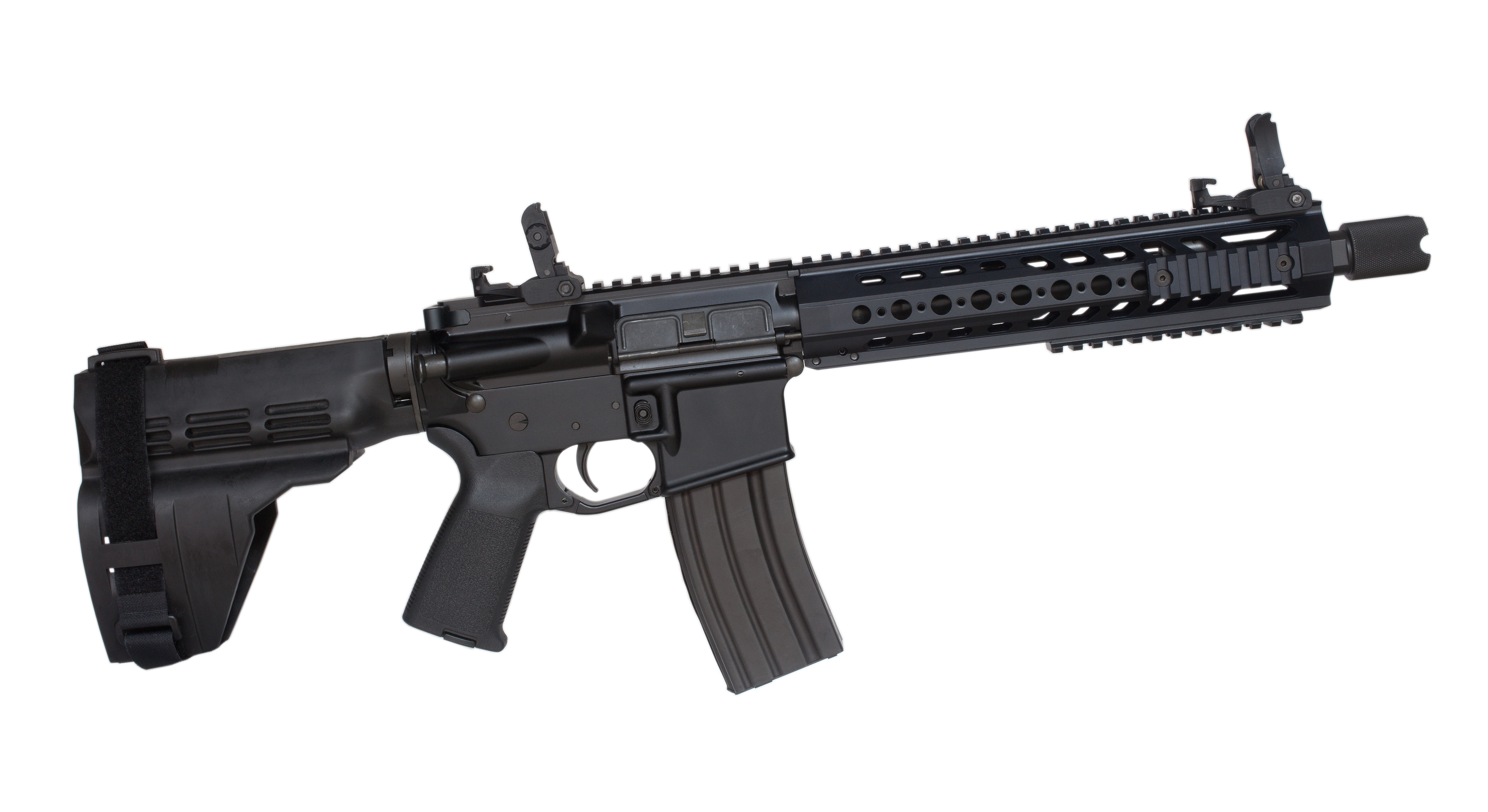 AR pistols and similar firearms have been popular ever since the advent of the pistol stabilizing brace.

Since they qualify as pistols instead of rifles, they aren’t subject to the additional charge and wait of registering the firearm under the National Firearms Act (NFA).

With more and more manufacturers producing them, pistol braces of all different designs for AR-15s, AK variants and other firearms have taken the market by storm.

Now, that may be changing, due to some new proceedings initiated by the Bureau of Alcohol, Tobacco, Firearms and Explosives (ATF).

The ATF and Pistol Braces

When pistol stabilizing braces first came along, the ATF released a statement saying that it was illegal to shoulder the braces.

You could own them and install them, but as soon as they touched your shoulder, they transformed into an illegal device. Later, the ATF changed their mind and stated you can shoulder a pistol brace.

Recently, the ATF went after Q, LLC for their Honey Badger pistol, calling it a short-barreled rifle (SBR) that must be registered under the NFA.

This didn’t go anywhere for them and now they are going after pistol braces again in a suit against SB Tactical, one of the most popular manufacturers of pistol stabilizing braces.

In October 2020, the ATF declared that some braced pistols actually qualified as SBRs, but was barred by the Department of Justice (DOJ).

Disregarding the DOJ’s order, they had a special agent from their Boston Field Division issue cease-and-desist letters.

How SB Tactical Is Involved

In a 2018 letter from the ATF to SB Tactical, the ATF stated that SB Tactical sold braces that were advertised as being “evaluated and approved,” but there were only two specific models that were approved, the SB15 and MPX PSB.

SB Tactical advertised these braces as “ATF Compliant” because the ATF had stated that models using a similar design to those that had been approved (two rubber pads and a strap) did not require additional approval.

Furthermore, after receiving this letter in 2018, SB Tactical submitted all of their designs to the ATF for specific approval, and the ATF ignored their requests—no approval or denial or anything.

According to SB Tactical, the ATF reviewed their product and stated that the attachment of a pistol brace to a firearm doesn’t change the classification or subject it to NFA control.

The ATF also stated that the Firearms Technology Industry Services Branch (FTISB) does not approve stabilizing braces that are based on shoulder-stock designs. However, the specifically approved MPX PSB brace (that the ATF even acknowledges as being approved) is based on the stock on the SBR version of the same firearm.

It even shares aesthetic and functional aspects of the overall design, mounting system and length of adjustment.

On Dec. 18, 2020, the ATF published their proposed Objective Factors for Classifying Weapons with Stabilizing Braces and are accepting comments until January 1, 2021.

If this is all truly illegal, it brings up the question why a single purchaser of these non-approved pistol braces has never been prosecuted. Furthermore, the ATF hasn’t issued a criminal order against SB Tactical or gone to court to file an injunction against them.

If passed, this would require pistol stabilizing braces to be registered under the NFA or destroyed.

It could also potentially extend to all other pistol stabilizing braces and other firearm accessories and firearms. We’ll have to wait and see.

What do you think of the ATF proceedings against pistol braces? Let us know in the comments below!