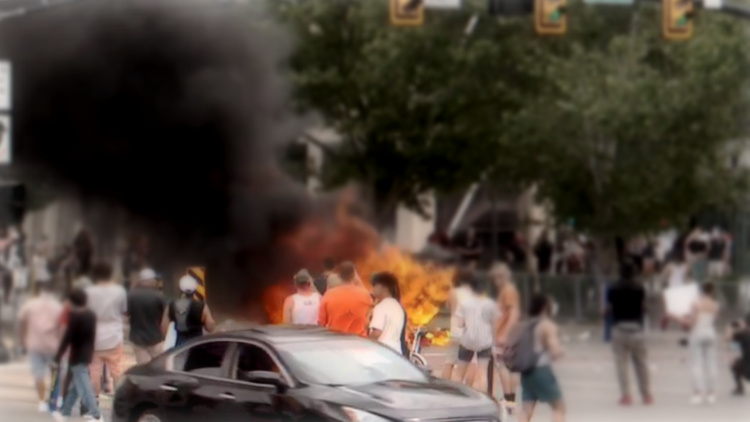 Janet wasn’t really paying that much attention. She’d been down this street a thousand times before. And furthermore, she was running late, her three-year-old in the back seat was kicking up a fuss again, and as long as she wasn’t going to get in a car wreck, she could sort of drive on autopilot.

So, while she was half-heartedly watching the road as she made the next turn, she was too focused on trying to get her daughter to calm down to notice the crowd on the street ahead. At least, until she had to hit the brakes hard to keep from hitting the young man in the hoodie and facemask who slammed both his hands down on the hood of her car.

Her heart beating fast, she stared at the young man as he yelled at her, his companions closing in around her car. She had the presence of mind to lock the doors and make sure the windows were up as they got closer, but by the time she tried to back out, they were already behind her car…

If this sounds a bit like the 911 call linked to in the “Atmospherics” post, that’s deliberate. Because while this scenario might be slightly more “kinetic” than that one, the overall problem is the same. Without looking ahead and pre-identifying a way out, Janet got into an untenable situation and found herself trapped. 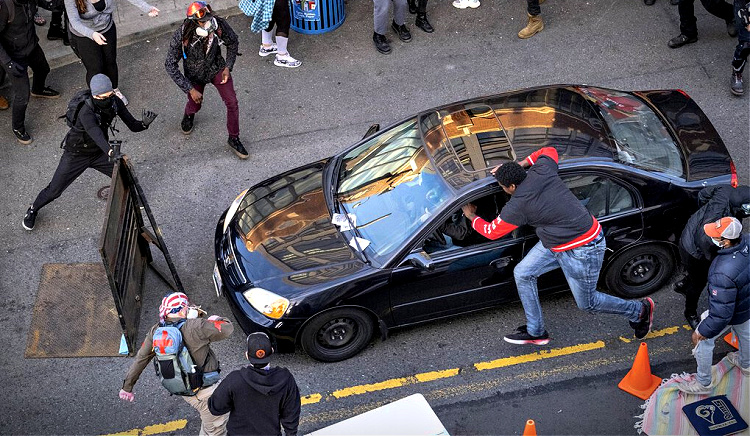 Put bluntly, never go somewhere you don’t know at least two ways out of if you can help it.

That might seem a bit paranoid to some people. After all, not everywhere is a war zone or even a “protest” zone. Shouldn’t people who live in a civilized society be able to go about their lives without worrying about things like escape routes?

Look at it another way. You never know what is going to happen from moment to moment. Perhaps you remember learning in Driver’s Ed to always have an escape route, a way off the road, or at least out of the lane you’re driving in, should another driver suddenly swerve toward you, or a large bit of debris fall off the truck ahead of you.

Furthermore, you never know when there might be a fire. We talk in terms of having guns for the same reason we have fire extinguishers. If a fire breaks out in the restaurant you’re eating in, do you know how to escape if the main door is blocked? This doesn’t just apply to defensive situations.

But it does apply to self-defense preparation and planning. It’s all well and good to arm up and train with your weapon. You should be doing that. But this is one of the ancillary skills that go along with the training.

The fact of the matter is, no matter how well-armed and well-trained with that weapon you might be, violence should be your last resort. This means you should exercise every other option to get or stay out of trouble before it starts.

Reading the atmospherics is the first part of staying out of trouble. But sometimes that’s not enough. Sometimes you’re going to misread things, or matters will escalate faster than you can anticipate. If you’re suddenly looking for the way out then, you’re already behind. The term “OODA Loop” gets overused these days, but it really is somewhat applicable in this context. Know the ways in and out before you’re committed.

This doesn’t mean you have to be That Guy and carefully clear and case every place you walk into. It just means having your head up, your eyes open, and noticing what’s around you.

If you’re on the street, where are the cross streets? The alleys? Parking lots? (Be careful with parking lots, however; not all of them have more than one entry/exit.) Is the street wide enough, and the traffic thin enough, that you can do a U-turn to escape a bad situation?

Walking into an establishment, notice where the fire exits are. They should be marked, at least in the First World. They’ll be your primary escape routes if something goes sideways, whether it’s a violent assault or a runaway grease fire in the kitchen. If it’s somebody’s house, figuring out where the back door is shouldn’t be too difficult, but again, don’t be That Guy. 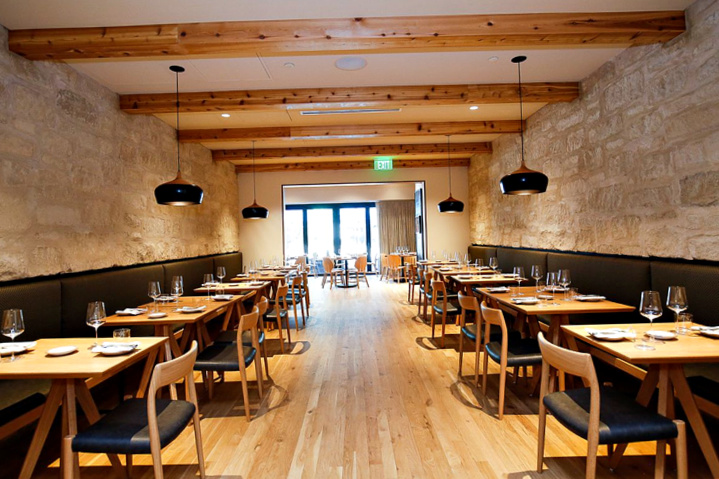 Escape routes aren’t always the obvious things like doors, either. Is that window big enough to crawl out of? Can you break the glass to get out if you need to? Are you prepared to withstand the lacerations that you’re probably going to incur going through it?

Yes, that’s a factor you should probably think about. There’s more to all of this than the perfect plan in your head. Every action has some repercussion you probably haven’t considered.

None of this has to be overt. Practice doing it without anyone noticing. It should take a glance, a quick mental catalog of a room, a street, whatever area you’re walking into. Paul Howe, in his book Leadership and Training for the Fight, describes an observation drill where he sets up 50 premade targets, 25 on one side of a room, 25 on the other. The student has to enter the room and identify the target with a gun. You don’t have to go quite to that length, but simply start to make it a habit, even going from room to room in your house or your workplace, to notice where all the windows and doors are, and if you can identify where they lead.

There’s a saying in the military, “Proper Prior Planning Prevents Piss Poor Performance.” Extensive planning well in advance doesn’t always work out well; often plans go out the window as soon as movement starts. But all the same, you should be planning your next move every step of the way. Whether it’s planning to skin that smoke wagon and go to work, or to take that back alley or side door to excape an untenable situation, planning is either continuous, or it has failed.

Did you know we have a badass YouTube channel – you’d be doing yourself a solid by visiting. Me nem nesa.

Pete Nealen is a former Reconnaissance Marine, a veteran of Iraq* and Afghanistan**, and more than a bit of a Renaissance Man. In addition to a number of online articles for various publications, Nealen has written more than two dozen novels (including a number of military fiction books) and at least two non-fiction works.  When he’s not penning action books or musing about the Triarri, he can be found…actually, that’s really all he does. Plus the occasional freelance article of course. Follow him on Facebook, /PeteNealenAuthor/. *1st Platoon, Bravo Co., 1 Recon Bn. **4th Platoon, Force Reconnaissance Company, I MEF. 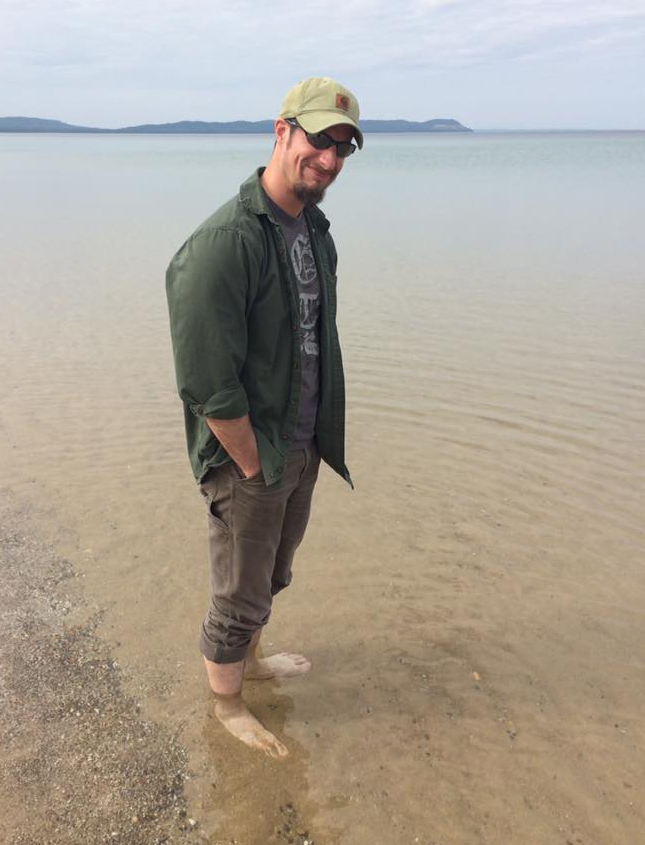