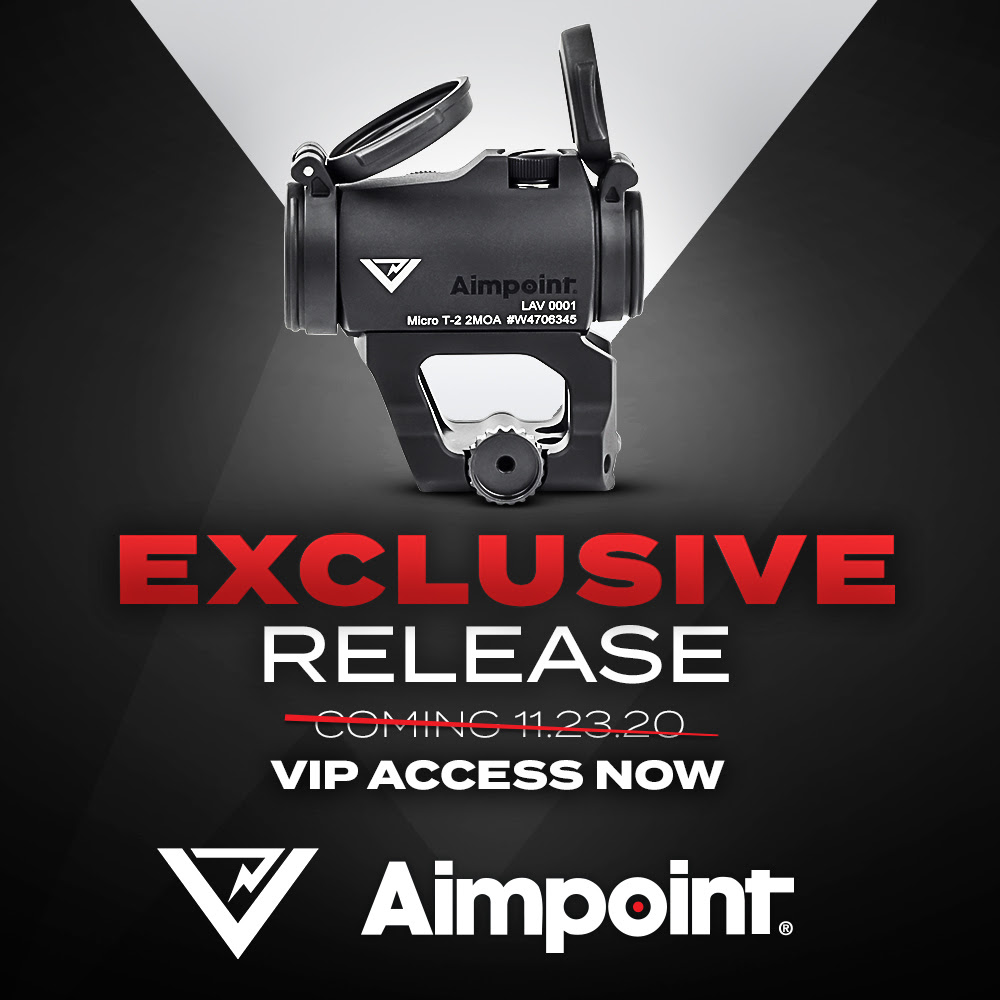 Yep. You read that correctly. Vickers Tactical, Scalarworks, and Aimpoint released the Aimpoint T2 on a 1.57 Scalarworks mount for $949, or four interest free payments of 237.25 with sezzle (seriously, these pet app names have gone too far…)

Now the awkward part. This exact bundle is available, minus Vickers logos, for $799. The logo, the sticker, and the limited edition serial number are being offered for an 18.7% upcharge over the well reputed T2 Package that Scalarworks already offers.

Well, before we fly completely off the handle let’s remember a couple things.

Aimpoint isn’t going to sell their sights directly below suggested retail. This would cut the legs out from their dealers. This isn’t currently in dealer distribution but could be offered closer to the regular bundle price once it is. Making the limited edition premium a more reasonable 5-10% instead of 18.7. In that vein the Scalarworks mount on its own is $149 and the T2 with no mount is $782, from Scalarworks and Aimpoint respectively, and by this math the premium drops to a mere $18 for the limited edition offering. $18 is reasonable for a limited edition or a branded edition of an optic at the T2’s price.

But this is at full suggested retail, not average vendor prices.

Scalarworks, on top of offering a very fine series of optic mounts, builds in a highly competitive price for the optics they pair with. They also properly mount them in their bundles so they are ready to go out of the box. These are significant value adds that have made not only their mounts, but their service and reputation as a whole, one to be admired.

So who messed up?

Aimpoint, in my opinion.

Breaking it down. $949 is not unreasonable for a T2 and mount, it’s just on the high end. Given that Scalarworks sells this package (minus logos) for an already established competitive price and that the average consumer will not, nor is required to, appreciate that Aimpoint’s direct to consumer sales will be at MSRP this was an eyebrow raising occasion. Coupled with the hype campaign and it boils down to a let down of mehpic proportions.

But, if you want T2 bundles, click here. Scroll and select, they were in stock as of me checking right this instant.