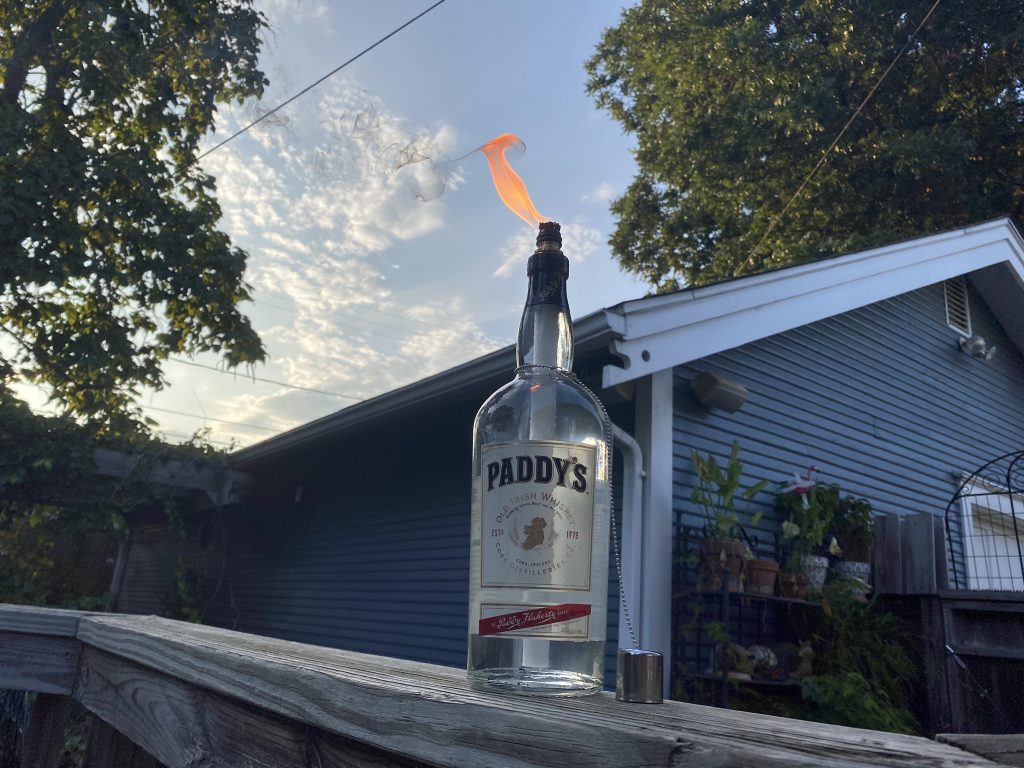 Booze bottle torches — maybe not the first thing on the list of things you need right now, with the weather cooling off and the skeeters away for the foreseeable future, but definitely something that’ll make some of ya sit up and say I gotta get me one of those! Maybe it’s for your own patio, maybe you know the fact that you want one means your buddy will want one too, making it a great gift idea. In this case, it’s Tiki torches, lamps, and other stuff made with whiskey bottles. Rumors that they burn better or brighter while Metallica whiskey in the jar plays in the background are unsubstantiated.

That’s just a waste of double-oaked Woodford Reserve right there.

No, it’s far better to preserve that whiskey bottle (and reduce our collective environmental impact) by repurposing (or “upcycling“) it into a liquor bottle tiki torch (or lamp) — and support a small business. That brings us to Southernly Zen.

As you can see, the store (mostly on Etsy but apparently on some social platforms elsewhere) offers a variety of options suitable for a variety of tastes. There’s whiskey (including Bourbon, Scotch, Irish, and Rye) enough for a good whiskey bar plus wine bottle Tiki torches, lamps made from different kinds of tequila, some vodka options, and…well, you get the point. 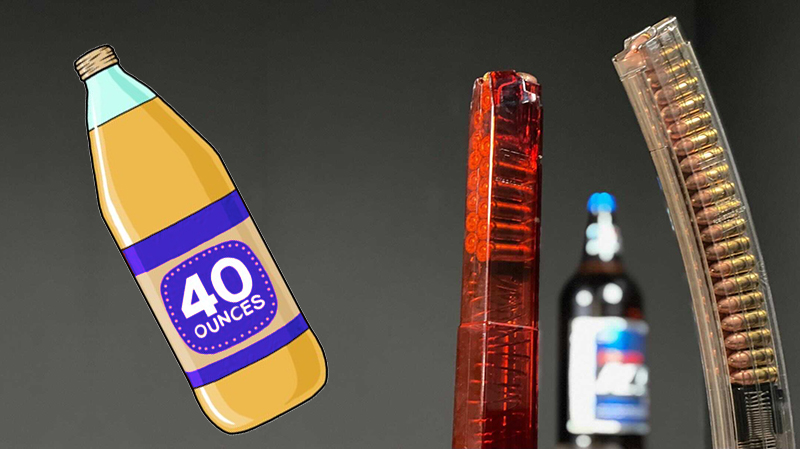 Know what else makes a great gift for yourself or someone else who’s at least a little deserving? Forties! Lots of 40-round magazines available now at GunMag Warehouse!

Metallica: Whiskey in the Jar

Now, in a nod to the title of this little public service announcement, we give ya some live music from Slane Castle.

Want to sing along?

Whiskey in the Jar Lyrics

As I was goin’ over
The Cork and Kerry Mountains
I saw Captain Farrell
And his money, he was countin’
I first produced my pistol
And then produced my rapier
I said, “Stand and deliver or the devil he may take ya”

Being drunk and weary
I went to Molly’s chamber
Takin’ Molly with me
But I never knew the danger
For about six or maybe seven,
Yeah, in walked Captain Farrell
I jumped up, fired my pistols
And I shot him with both barrels

Now some men like a fishin’
But some men like the fowlin’
Some men like to hear,
To hear the cannonball roarin’
Me, I like sleepin’,
‘Specially in my Molly’s chamber
But here I am in prison,
Here I am with a ball and chain, yeah

Friends don’t – or shouldn’t – let friends waste their whiskey. Or for that matter engage in jackassery on the street.