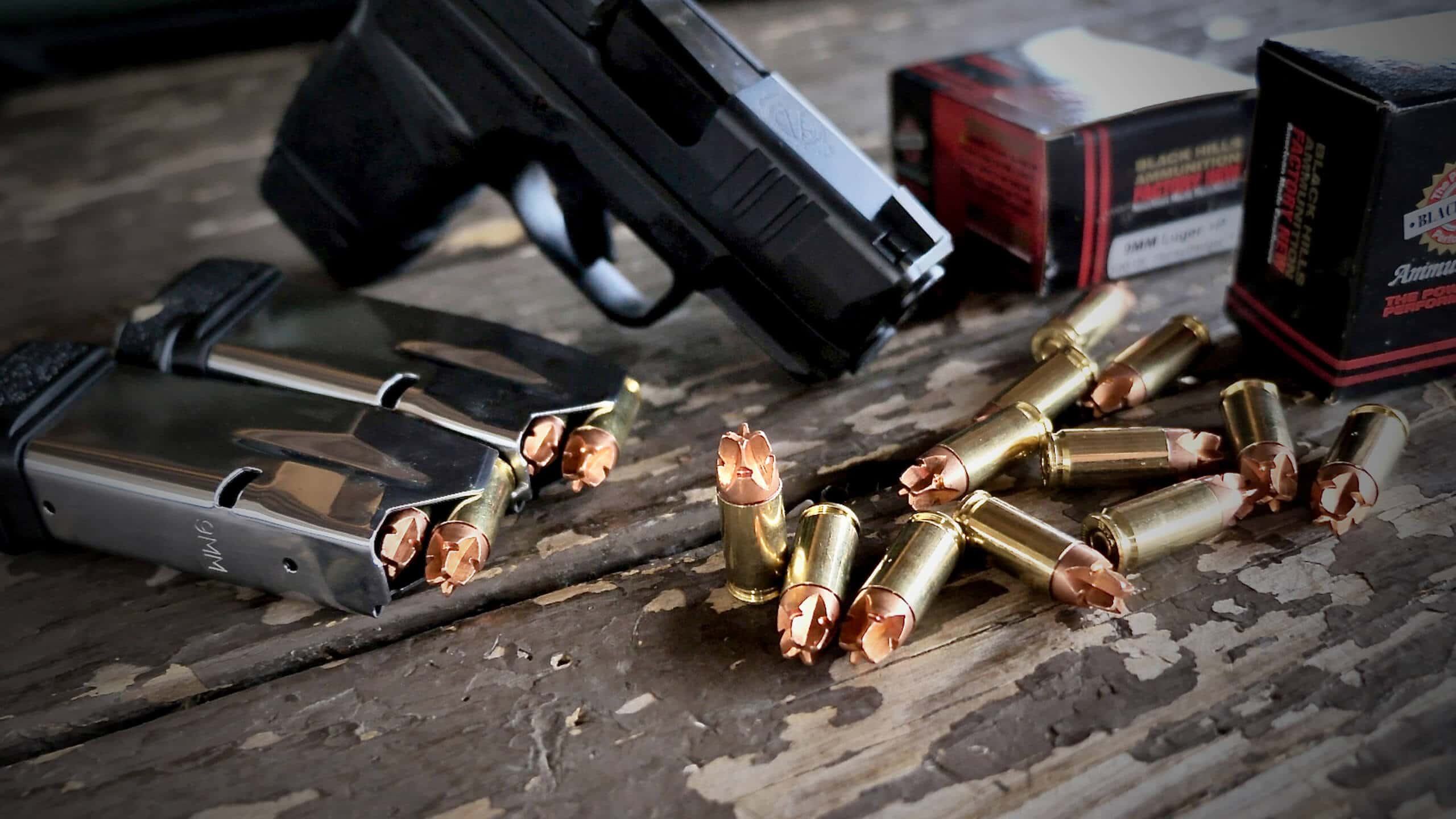 Selecting self-defense ammunition can be a difficult task. There are lots of brands available, and it’s hard to separate the good stuff from the gimmicks. Personally, I tend to stick to rounds that meet the standards of the FBI protocol and have a proven track record on the street.

At the same time, I think it is foolish to adopt an “If it ain’t broke don’t fix it” attitude. I love to see innovation and progress when it comes to defensive ammunition. Speaking of progress, Black Hills Ammunition is a trusted, tried-and-true brand that is working to innovate in the defensive ammunition ream. The 9mm HoneyBadger 100-gr. +P round is evidence of this fact.

I reached out to Black Hills to see if I could take the HoneyBadger for a test run, and I was fired up when some landed on my doorstep. The short-barreled Hellcat seemed like the perfect 9mm platform to test this solid copper machined bullet, so I packed up my gear and headed to the range.

My testing focused on the shootability, accuracy and terminal ballistics of the HoneyBadger when paired with the Hellcat. Throughout the testing, I was also able to look at the reliability of the Hellcat/HoneyBadger combination.

I wasn’t at all disappointed in what I discovered. When I compared the 9mm 100-gr. +P HoneyBadger to standard pressure 124-gr. ammunition, it was easy to shoot, was very accurate and had impressive terminal performance.

When I think about the “shootability” of defensive ammunition, I think about how quickly I can shoot and make hits. In looking at the HoneyBadger, I decided to run a series of Bill Drills (to learn more about that drill and one of Paul’s unique modifications to it, click here) head to head with the 124-gr. FMJ and then strap on the Mantis X10 Elite to actually compare the recoil impulse.

When I compared the numbers of the HoneyBadger to the 124-gr. FMJ, again, the HoneyBadger was superior with less muzzle rise, a narrower recoil pattern and a more vertical lift. All of these attributes lead to a faster recovery time and quicker follow-up shots. The HoneyBadger and the Hellcat make a very shootable combination.

When it comes to the accuracy of defensive handgun ammunition, I’m pretty confident that virtually all ammo is more accurate than I am. As a result, I don’t hang a lot of weight on accuracy testing and performance. I do, however, think it is important to verify that ammo is accurate enough to fit the bill.

I took a few minutes to see how the Black Hills HoneyBadger grouped out of the Springfield Armory Hellcat. I was pleased as I was easily able to make headshots at 15 yards. A slight adjustment of my aiming point would have yielded easy 100% hits on target.

None of this is surprising to me as Black Hills is known for its accurate loads. The HoneyBadger falls right in line.

When I saw the terminal performance of the Honey Badger, the first word that came to mind was, “consistent.” I looked at the terminal ballistics in two ways — velocity and performance in Clear Ballistics’ FBI Block gelatin. When it came to the velocity I was impressed with the tight range of the velocities.

I fired five rounds and all hovered right around the 1,200 feet per second range. The lowest velocity was 1,191 fps, and the fastest came in at 1,208 for a spread of only 17 fps. The 124-gr. comparison load had a spread of 30 fps. Black Hills clearly knows how to achieve consistent results.

The 1,200 fps velocity seemed to do exactly what it was supposed to do when it came to the gel. I shot five rounds into a single Clear Ballistics 16”x6”x6” block. Four of the five rounds stayed in the block, with one slipping out the side just a scootch before it would have come to rest. Each of the four rounds sat neatly about an inch and a quarter short of the end of the 16” block.

The primary wound cavity was consistent as well. With each of the five rounds, the cavity began at approximately 4″ into the gel and temporarily expanded to between 1.5″ and 2″. It was difficult to tell the diameter of the permanent wound cavity when I dissected the block, but I have no doubt it exceeded the bullet diameter significantly.

I think it is important to note that the Clear Ballistics gel was not calibrated, and I do not expect it to perform in the same way that calibrated 10% ballistic gelatin would. I would not want to imply conclusive results. I do, however, think we can start to understand how a bullet performs with Clear Ballistics products. Regardless, I was impressed with the performance of the round.

I’m going to be keeping an eye on the Black Hills HoneyBadger 100-gr. +P ammunition. From my experience, this solid copper, machined and fluted bullet and the consistent load it sits atop support Black Hills’ stellar reputation. The design of the round performed well from the short barrel of the Hellcat, and I’m guessing it would perform just as well through intermediate barriers like heavy clothing, wood, glass and even light metal.

Sounds like I have my next testing session just about planned out.

Editor’s note: Please be sure to check out The Armory Life Forum, where you can comment about our daily articles, as well as just talk guns and gear. Click the “Go To Forum Thread” link below to jump in and discuss this article and much more! 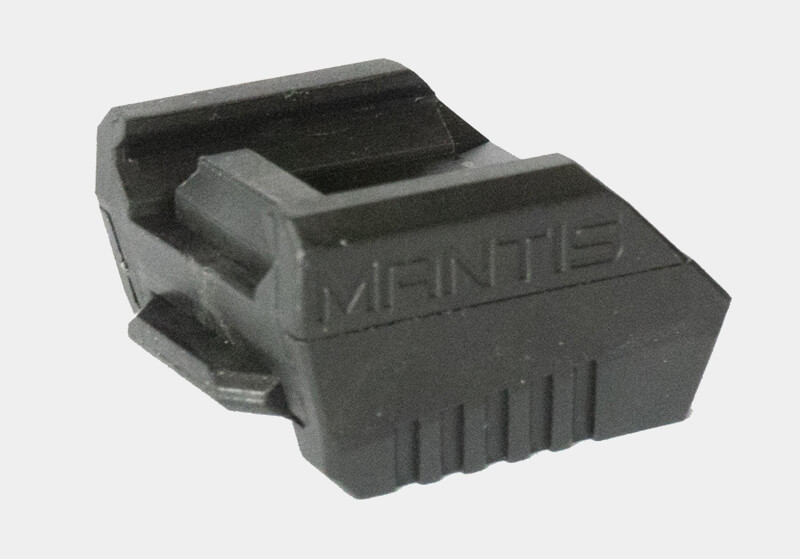 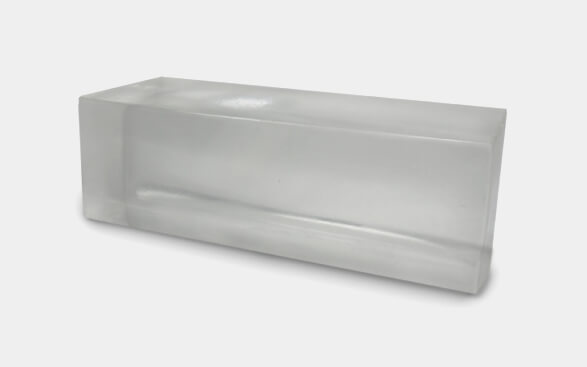